I have fitted this flywheel - http://competitionclutch.com/csindex.php?vn=flywheels-info

original flywheel is roughly 19lbs this one 10lbs. (read this very interesting http://www.uucmotorwerks.com/flywheel/how_a_lightweight_flywheel_works.htm) 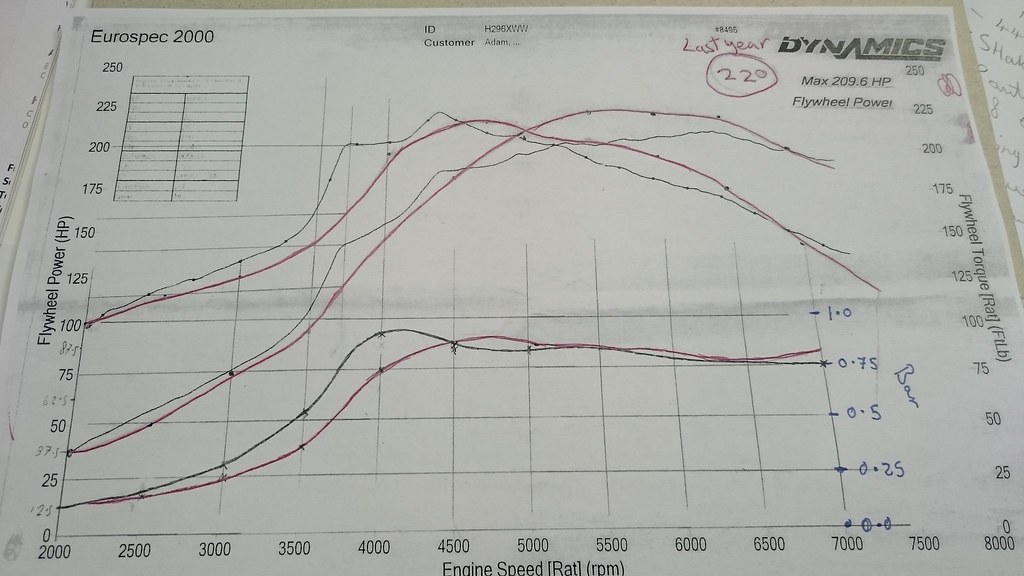 Note the red line on the graphs is last year without the flywheel, black line is this year (last week) with the flywheel. Black is 10bhp down and a bit wobbly compared to last year but that is because we found a tiny boost leak.

We didn't re-dyno it but suspect the bhp & ft/lbs to be the same as last year but it is all available around 500rpm sooner. I love it, great easy modification to make, though you do have to take gearbox off...

You've got nearly 50ft/lbs at 500rpm sooner. Feels like the difference between having a passenger and a full tank of petrol vs no passenger and little petrol.

I had to drill it out. It comes as 10mm and I had to drill up to 11mm for GTIR. I believe the ford focus mk1 rs crank bolts are the same so if you want ARP etc new bolts then look up the ford.

Some people have concerns about idle and bogging down trying to pull away. I have not experienced any of this really, I would say you need a few more revs in 1st gear to pull off but not much. I suspect if you only have 100bhp in your fiesta then it might struggle a bit more to pull away.

Anyone else got any before and after dynos of flywheels?