Government please leave us be

Posts : 6686
Join date : 2012-03-12
Age : 34
Location : morpeth (Newcastle)
Just watching the news now it's a scrap scheme for diesel cars. Think of alternatives before you buy a new car
Charges of upto £10 a day extra to be in London in one
It's not long since they told everyone to buy diesel car and get cheap fuel and better mpg
Soon as a fair number of people did diesel prices went above petrol 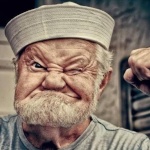 Posts : 638
Join date : 2012-04-09
Location : near bristol
Good job my diesel golf is nearly ready for the scrappers. Wasn't going to get another diesel because of the mileage I do has come right down from 10 years ago. But it still goes OK even with 215,000 miles on it and only needed the usual services and a clutch, I changed that at 76,000 and is still OK.
When ever there's money needed they always screw over the motorist first.
What also pisses me off is when they say it's a pollution tax, look at the size of our country compared the rest off the world. Flipping China, America and Russia all pollute like fuck, we are a drop in the ocean but get shafted by our government all the time as if it's our fault!

Posts : 3991
Join date : 2012-05-05
Location : B's workshop thailand
Some of older diesels are better than new in long term pollution for lifespan of vehicles .
Modern dpf is absolute backward step as restricts power and uses extra fuel to burn out all collected soot. Also has a massive failure rate of complex components which in turn relates to pollution through scrap parts and manufacture of spares .
Be best concentrating on best mpg possible and long life as scrapping cars is massive pollution lol. It all about capitlism thus money, logic and common sense pollution control has no part of the madness that is the modern world :-(

Posts : 71
Join date : 2016-02-05
Location : Wales
It's all very hookey, the real environmental problem is the energy consumption to make a car , the longer a car is used the less the need for a replacement , cars don't need scrapping but converting to hydrogen/electric etc , BUT so much money is tied up in manufacturing , the madness follows .
There is massive overproduction in manufacturing cars , of the back of the financial crisis , credit stopped , so to help sales some twat thought up the scrap page scheme ....... This sold cars , but it also simply brought forward sales ..... So now scrappage2 the sequel .
Fiddles everywhere : Aston Martin are moving to a new plant in South Wales , based in a hangar that cost the tax payer £50 million , now they will be subsidised by an unknown amount (no one is saying how much the deal is costing) - this is Astom Martin that is owned by private equity (Kuwait money) plus some hookey jersey based tax fiddlers , they lost 168 million last year after 6 years of loses . So our tax is subsidising super cars for the few (tax dodgers) , to provide jobs (1250 in total at Aston) , a whole 200 new jobs in s Wales -WOW
For some perspective there are half a million school teachers .
Or now GM is flogging its euro group - Vauxhall /Opel , to Peugeot , the govt will bend over and take it up the arse to keep uk plants open , PSA is owned by the French govt and Chinese among others , why not let your tax pay them too , sometimes I. Despair .....I wish I were in charge .........there would be many hanging from lampposts - lol

Posts : 4776
Join date : 2014-07-22
Location : Australia
The worst part about getting frustrated and throwing tools is when they break and you need to go to the shop to buy another

Re: Government please leave us be