Posts : 1311
Join date : 2013-05-20
Age : 37
Location : Gap - France
I'd like to share my hapiness as my R, with many things done on it last 2 months, just passed through the French MOT with nearly all the problems solved (just remains the slight rust mentionned and the rubber cracks around the transmission axle bearings).

next steps will be :
- clutch master cylinder changes
- main carpet
- verifying the 4th cyl pressure (to see if the 7bar has moved up!)
- arc dump valve
- TMIC re-cored and samco hoses
- deleting the last alarm cables remaining
- corbeau revolution and willans 4 point 3" harness (i had it on the shelf since i take it off my mini!!)
- 4 points whiteline underbrace
- mountings of the engine and gearbox poly bushes
....

plenty of work still to do, but all is here in the garage so, enough to do at mid-day!!!

Posts : 916
Join date : 2012-05-04
Age : 38
Location : Hockley, Essex
Glad to hear you passed mate, hopefully you can have some happy motoring and begin to enjoy the car.  Looks like a nice list of modifications you have planned so keep the updates coming

Posts : 1311
Join date : 2013-05-20
Age : 37
Location : Gap - France
thanks bucky!
actually, it's just simple things to do...i'd like to have my car i good overhaul condition first, than mod it a little. i dont expect any beast things, i put things here and there to get it beautiful and looked after.

more important things to do is to maintain it correctly to avoid big troubles...but i'm sure to have some soon (gearbox issue for exemple, and maybe engine), but if it is that, and that all is perfect around, that will be ok!!

Posts : 4053
Join date : 2012-05-05
Location : B's workshop thailand
Sounds good, I could live with doing an engine build or gearbox but rust & sh1t paintwork would be the love breaker for me. Not keen on resprays either really especially lacquer finished as never lasts well, but engine if crank good etc can easily be built to good spec & last.

Posts : 1311
Join date : 2013-05-20
Age : 37
Location : Gap - France
paintwork will be done, but as i'm not a painter, it will cost me an arm....when i'll get a good rear bumper and good side skirt, i'll be giving the parts to a friend of mine for painting. rest of the shell is in good condition (no rust at all exept little points underneath, and under the front RH wing trim too).

so....i've removed the other one!! tight job actually because, on LHD cars, it is behind the left struts tower!!!! that's why i just got the time to drain and remove it than. 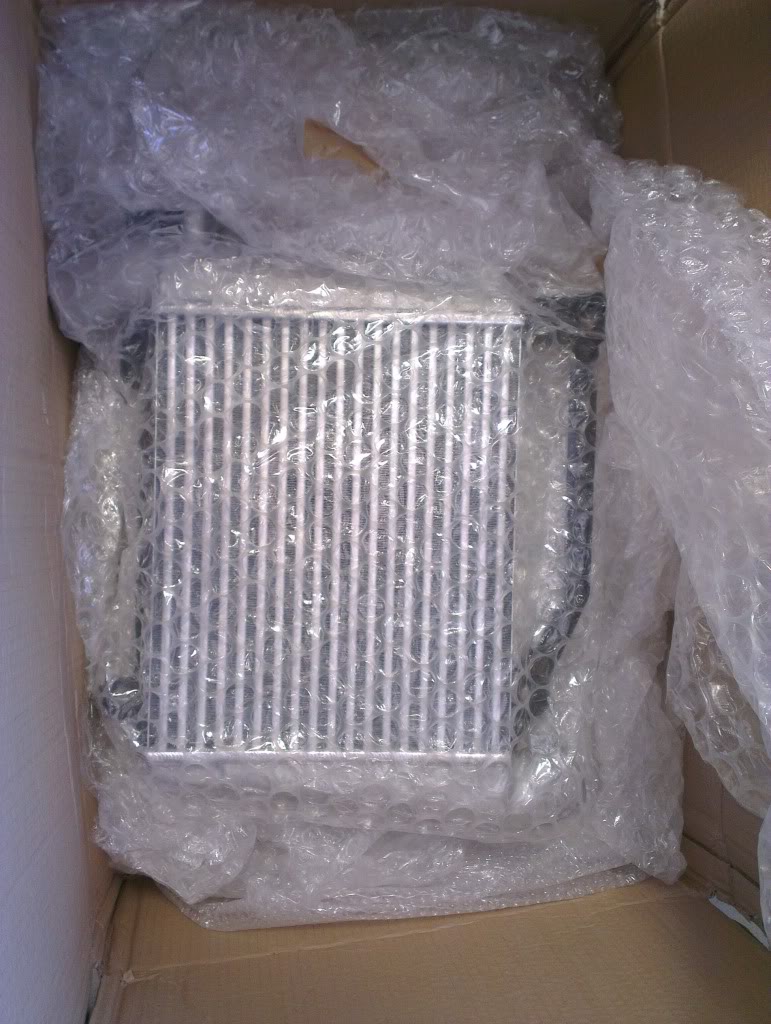 And the clutch master Cyl. 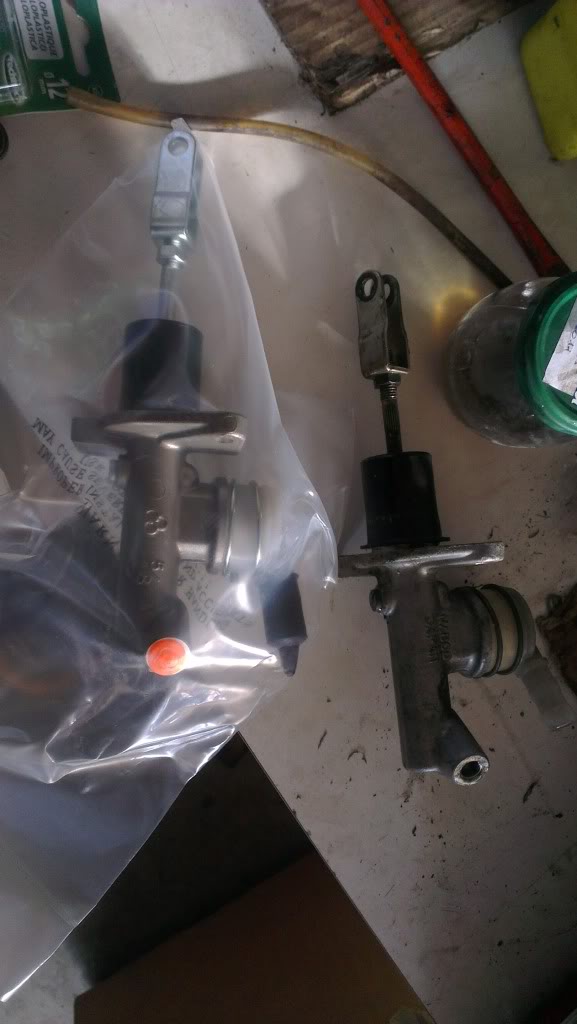 Clutch bleed is ok, but the feeling is not the same as before...
I adjusted the rod as per the old one...may I need to Re set the length now? The return is very close the the ground...(I'm not sure about the translation of this phrase! Ah ah)

@fred05 wrote:The same guy who did the knight of knee one!

Can you supply me a name & number for that !?

I just finished to remove all, and begin to put the bov on.
The good thing of this one is that it can be in recirc position, or not. Ill put it in the recirc position because i've not any bing put blank the pipe...

I noticed some pipes was not so good, aspecially the one on the top of the fpr...and the one with the restrictor inside...here some pics for the moment.

Ill finish that all in the evening. 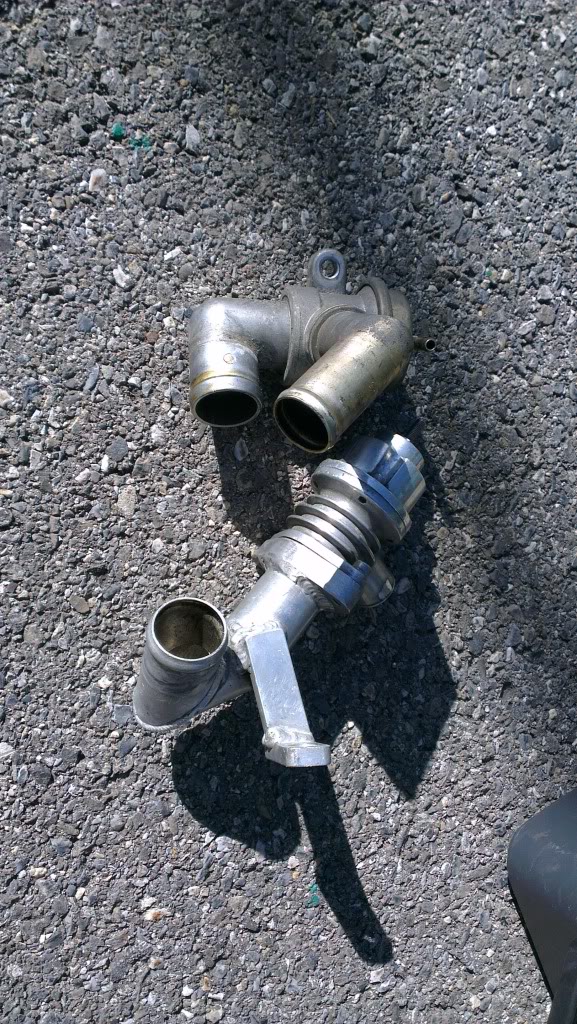 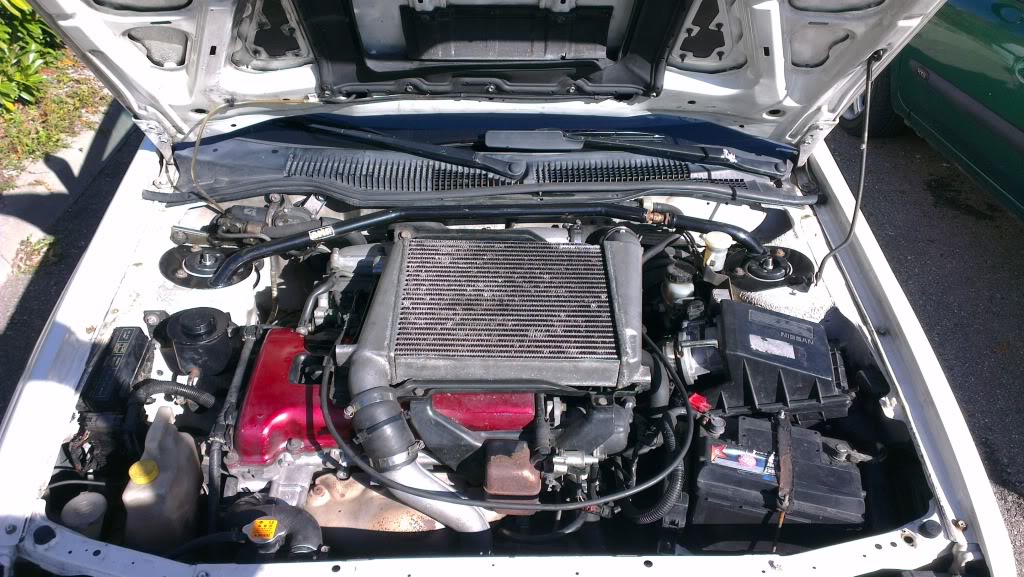 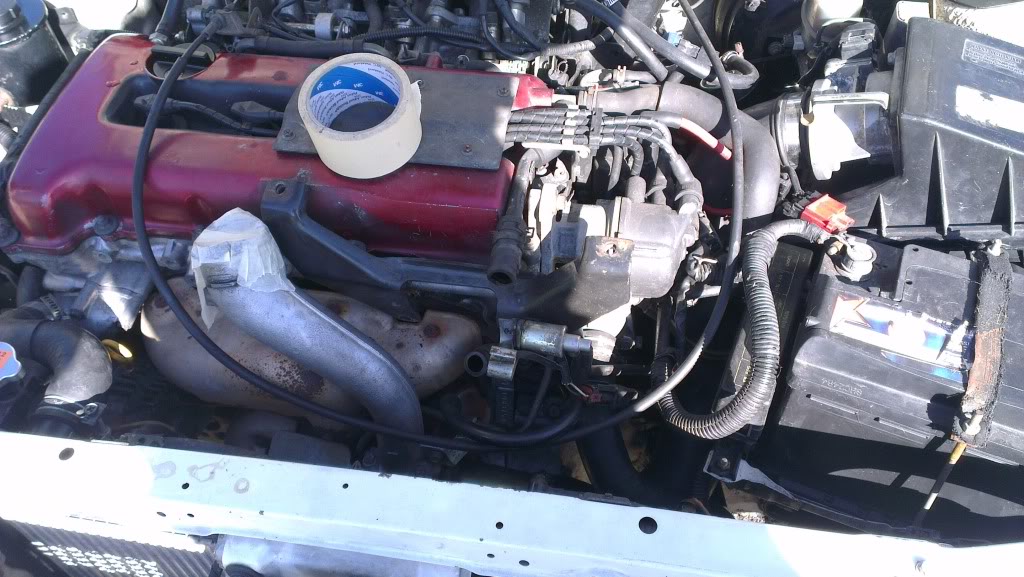 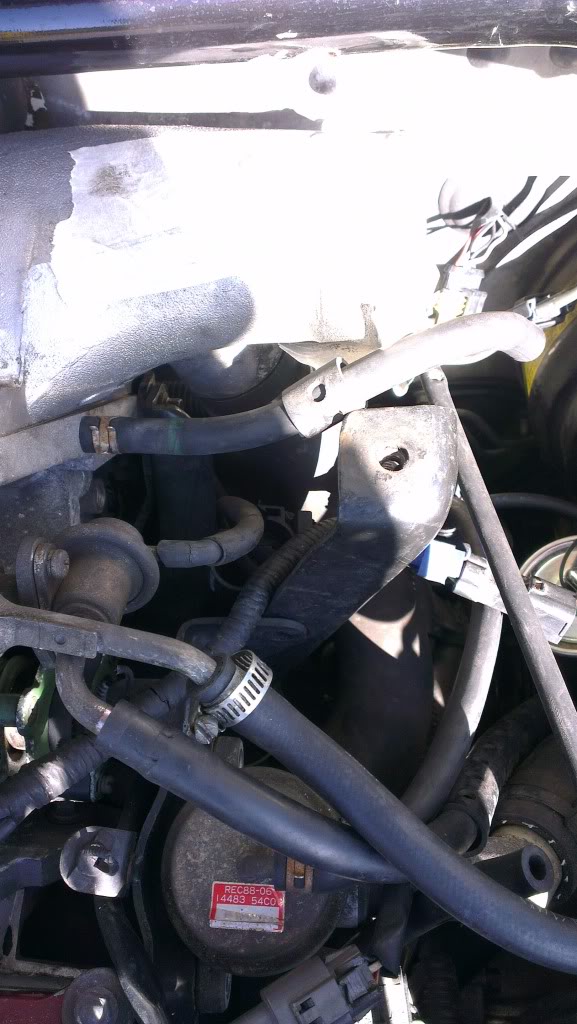 And the location of the clutch master Cyl on a LHD car... 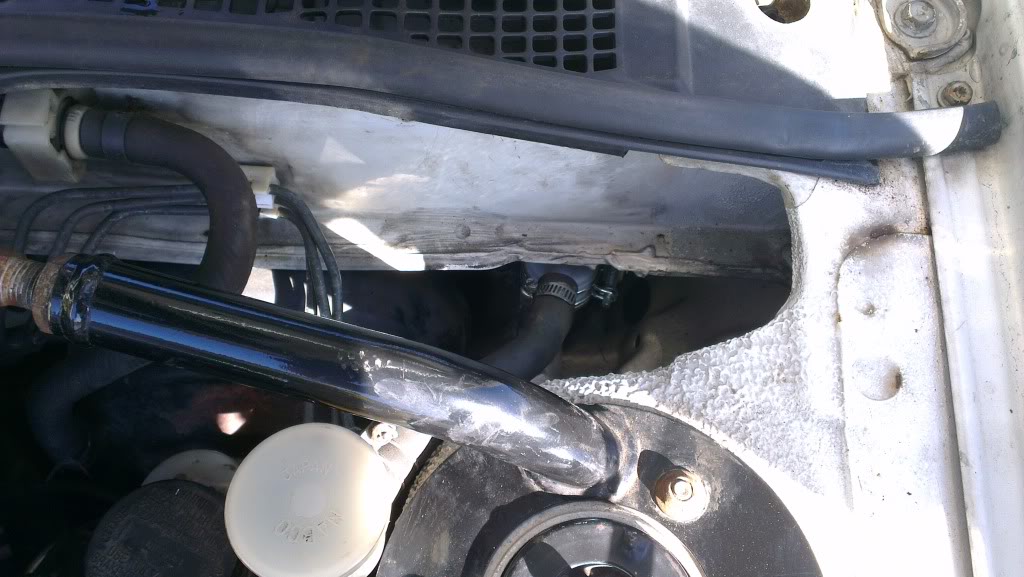 So all is finished, i'm just waiting for a new tmic cover because mine is cracked. I will get it from a friend early in november, with other little parts... 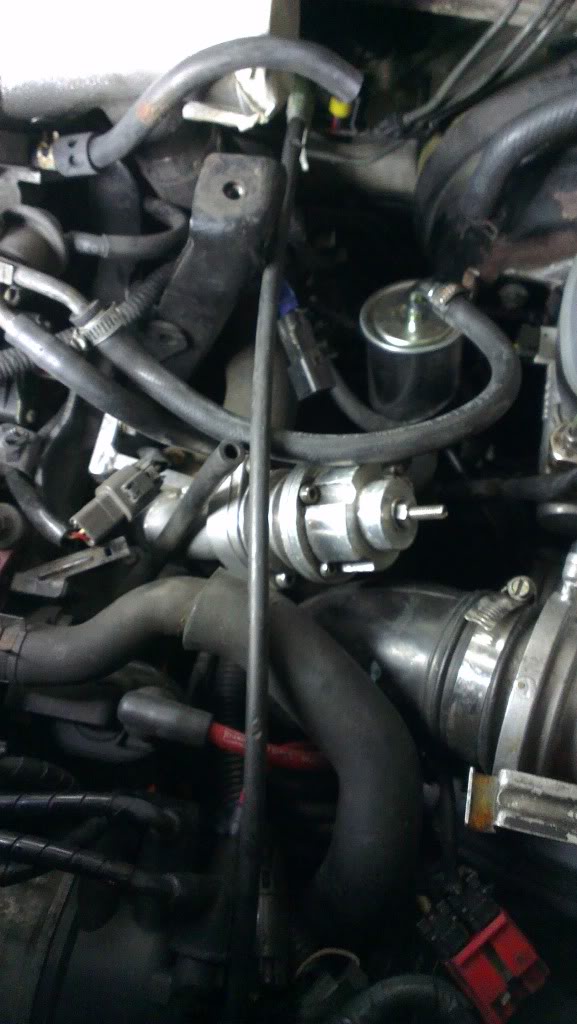 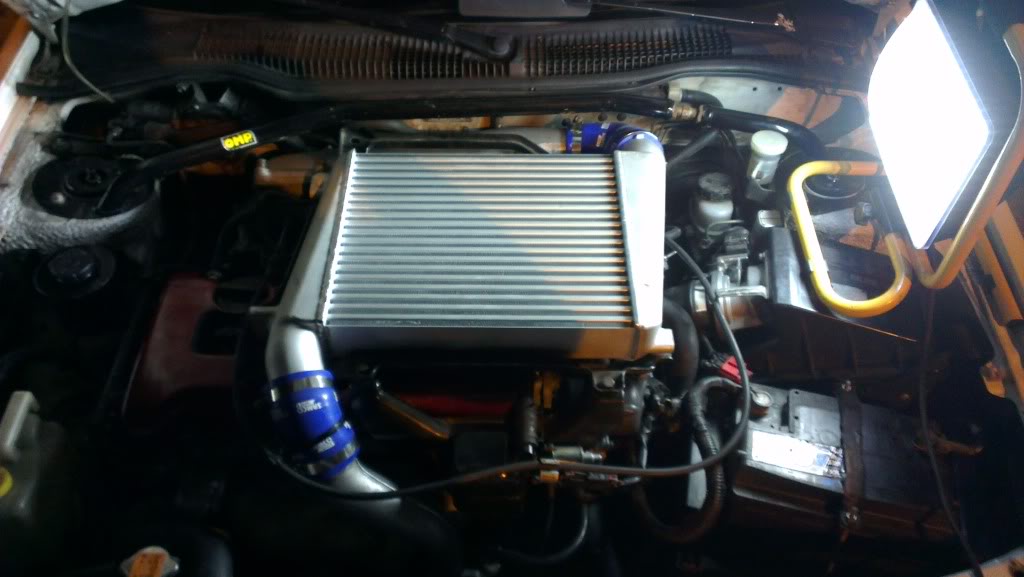 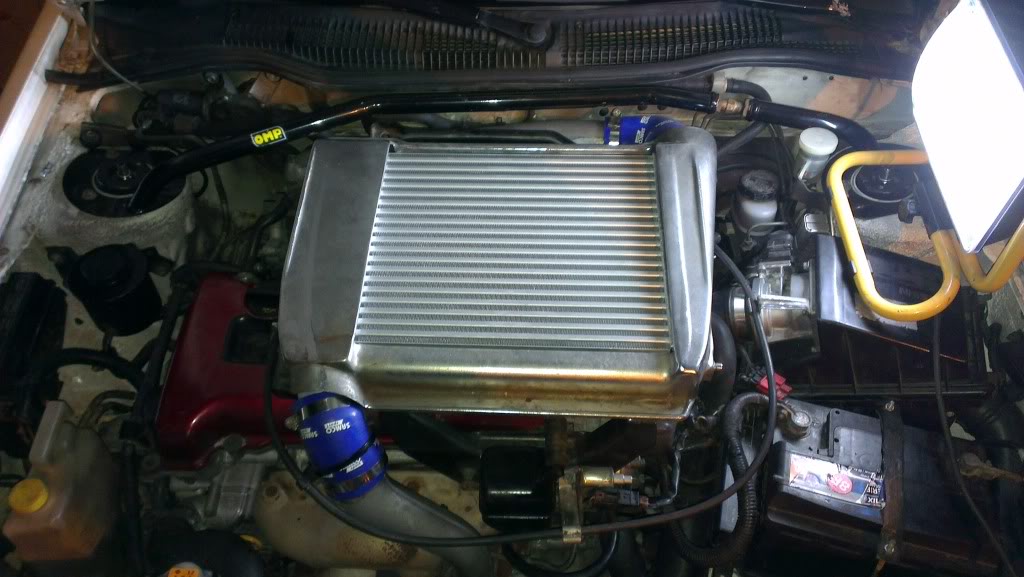 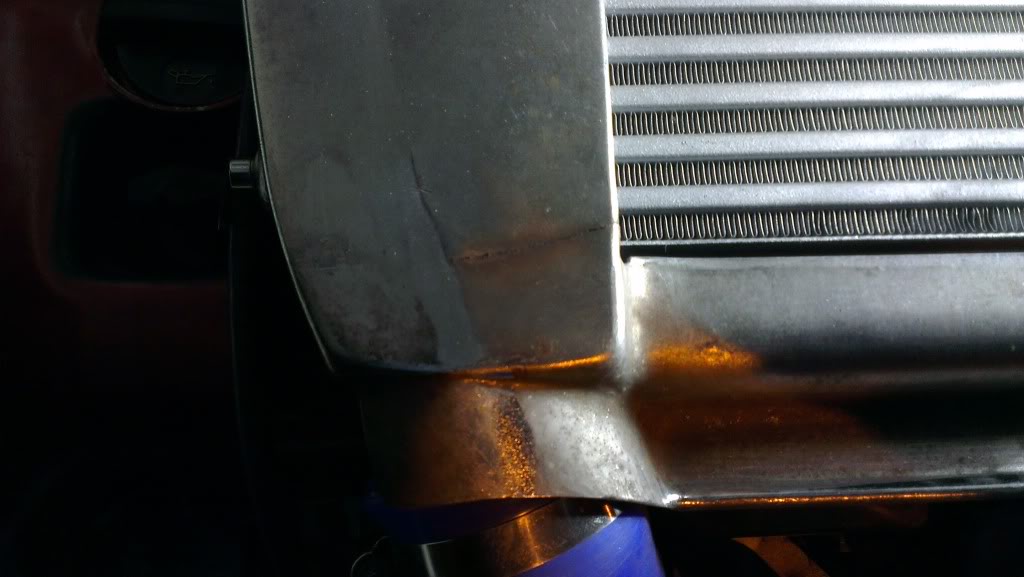 i took her to go to work today, and it is so powerful (comparing to my mini lol!!!)

Posts : 1311
Join date : 2013-05-20
Age : 37
Location : Gap - France
Little update, today the snow was calling so i worked in the garage.
Nan was to change the Engine and front box genuine mounts, by one nismo for the Engine and one powerflex for the box.
Engine was quite easy to replace, box is shite!

Engine mount was totally disasemble, replaced by the nismo one is now far better. Better for the gear changing, etc... 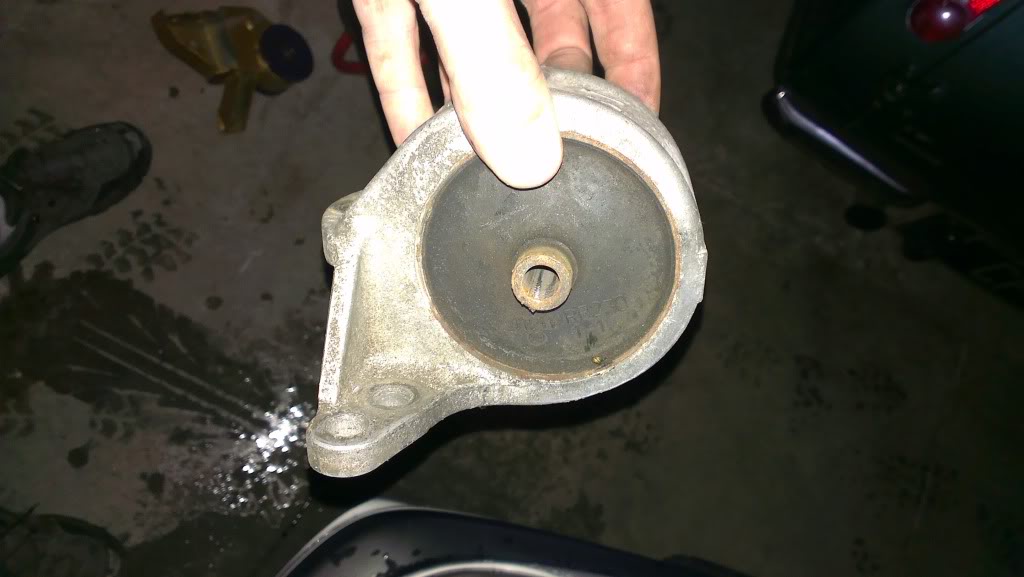 Putting the box mount was quite hard.
First of all, you need to remove the battery and the battery tray, and then you have acces to the mount. Undo all and remove the old is not so hard, but the new one....I pass nearly 1 hour and half to bolt 2 screws...I do not reach to put the 2 other on the left side.
You have a little piece of metal to remove from the support if not, you never get to get the new on....
I'll try to put the screws missing on after a little ride.

I'll try to change the timing by the end of the day.

so this evening job is putting the walbro, and if i have time, removing the old carpet and put the new one (without any holes!!)

i'm looking for parts to continue the project and upgrade it :
- pillar cover (left side) to fit a gauge (so if you have one already moded i'm in!)
- tool kit
- right hand side of the parcel shelf (the RH flap is broken on mine)


thanks for any proposal 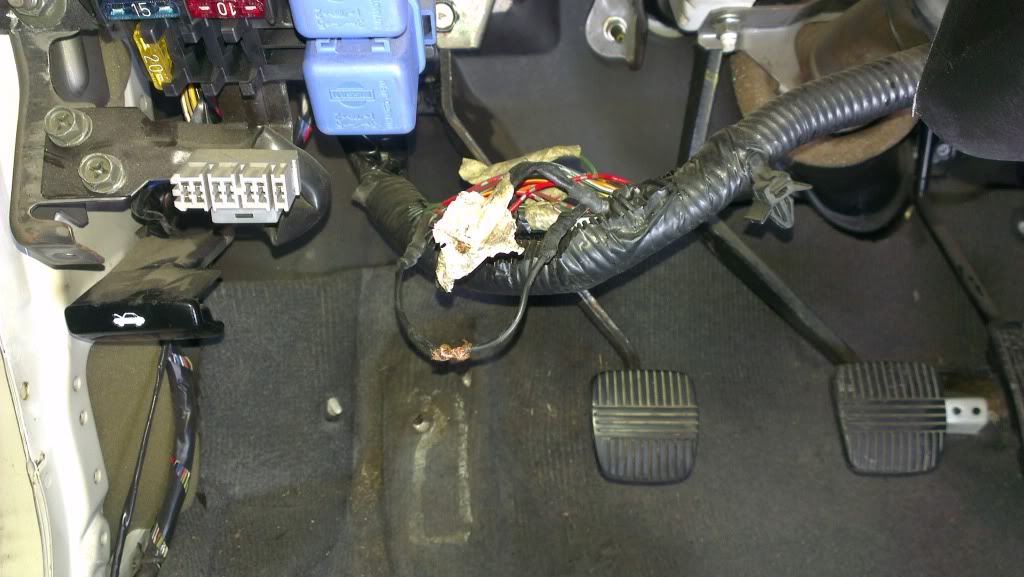