Ok, so after checking my previous green pulsar, the shell wasnt looking to good with arch rust showing up and when checking under the arch it was all rotton

But at the same time a very good item came up for sale.
A mint shell

The Below was taken from the advert for the shell
The shell has every single whiteline option including all bush options/both ARB's/Anti dive kit/NEW bump steer kit/New powder coated front wish bones with new ball joints/Nismo KYB susp/2 new chassis rails/rust treated and painted underside/poly gear linkage bushes/poly steering rack bushes/new power steering pipe work/new brake lines/all non load nuts and bolts have been replaced with stainless/Walbro fuel pump and all other bolts holes and bolts/nuts have been re tapped and copper slipped for ease of dis assembly .
Oh and it's been re painted Ferrari Metallic Nero, I just had the one of the front wings and front bumper re done
.


Most of the whinline kit was removed before sale, buts everything else inside and out was good and only needed a few things to be looked at to get it 100% tho.

These pics are from the previous owner.. 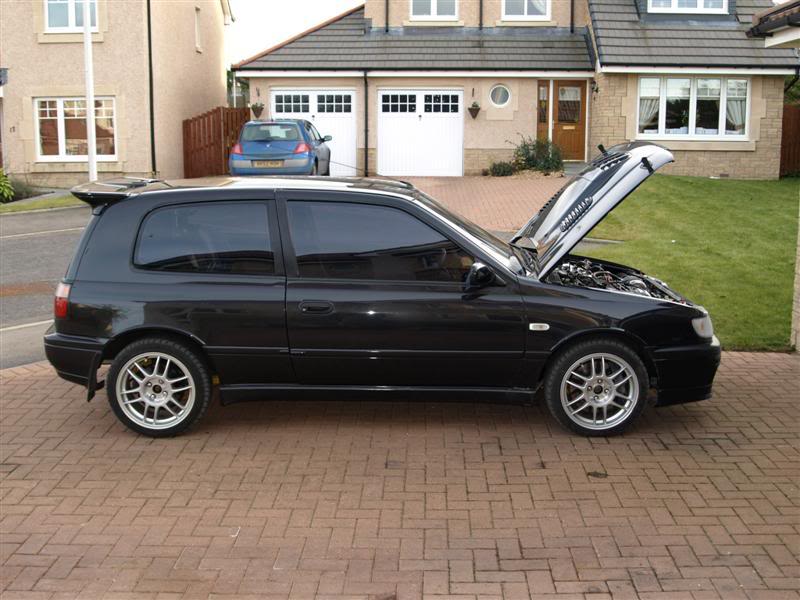 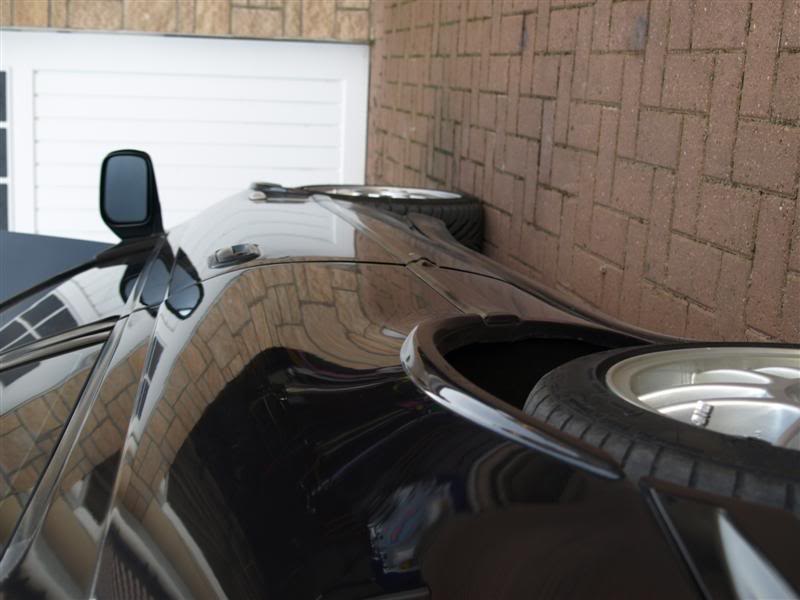 Then the shell was delivered to HQ. 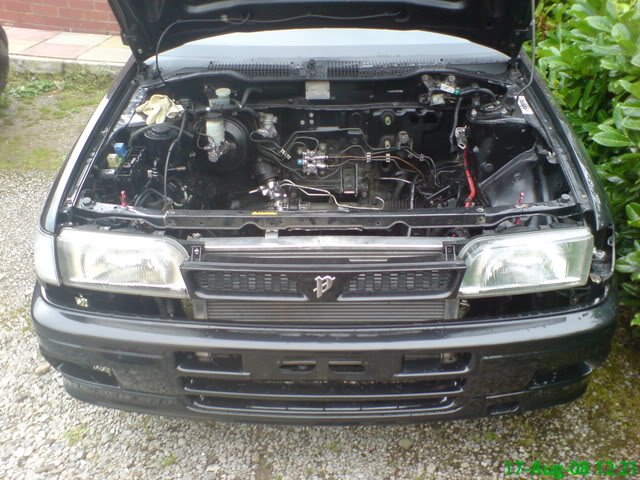 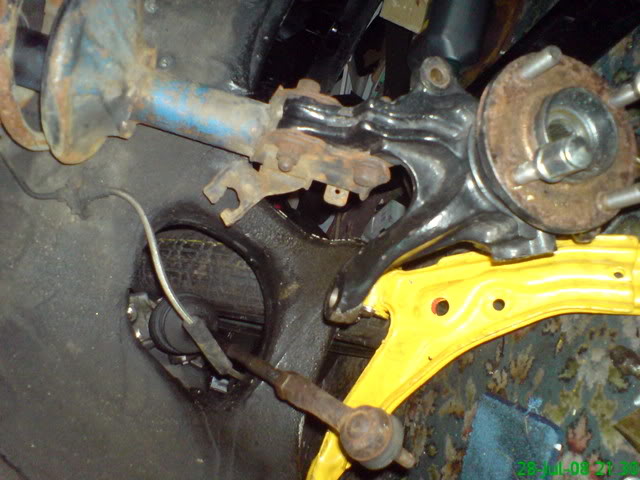 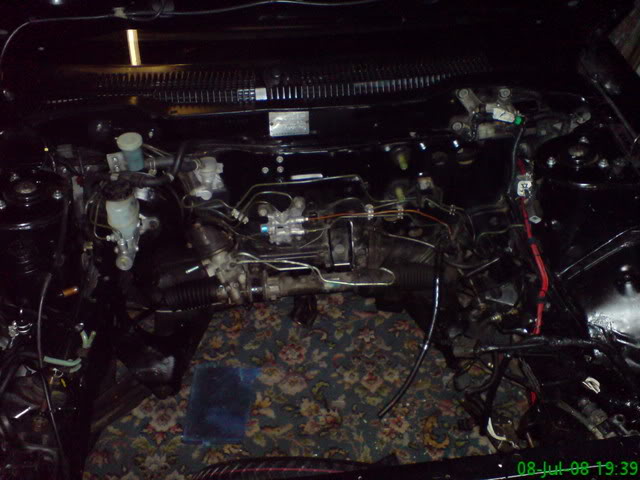 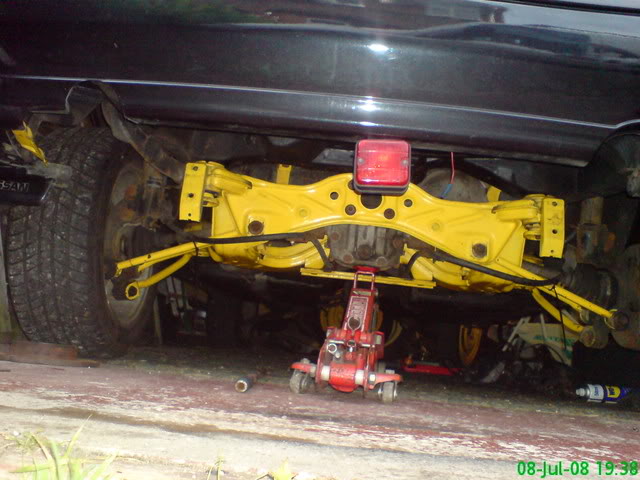 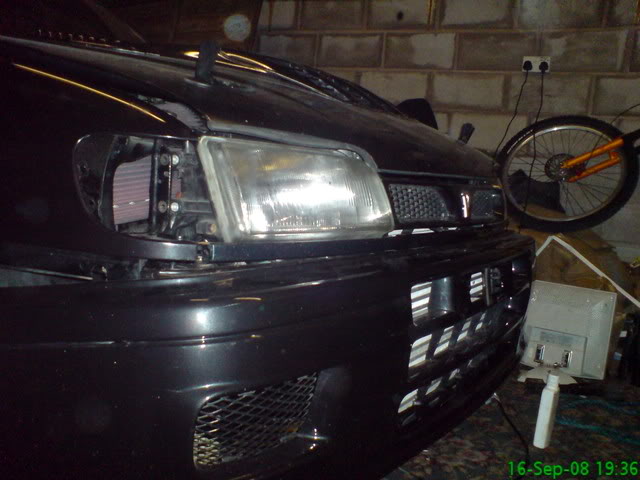 I also bought the whiteline caster kit to fit the powder coated wishbones.

I started removing parts from the old rusty shell - Airfilter,headlights,Ecu,Down pipe,Backbox,Rad,Intercooler + all piping, Battery.
Hopefully not much more until the engine can be dropped.

Engine nice and clean ready for fitting into clean shell. 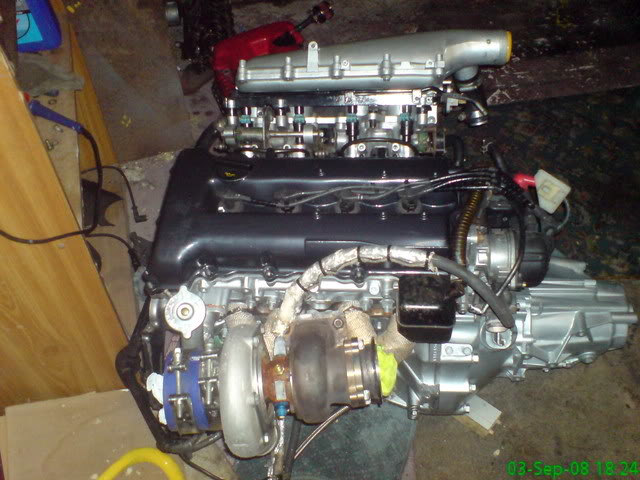 Quick bhp
Power was testing on some road dyno software which gave me the power at the wheels. 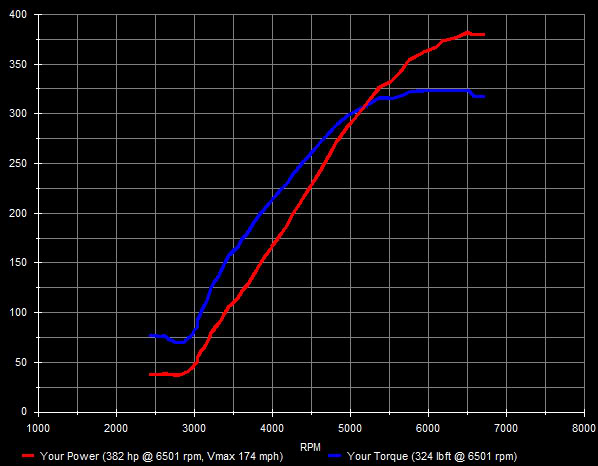 Engine getting fitted in HQ garage.


All together, Some pics Corbs took on the high suspension. 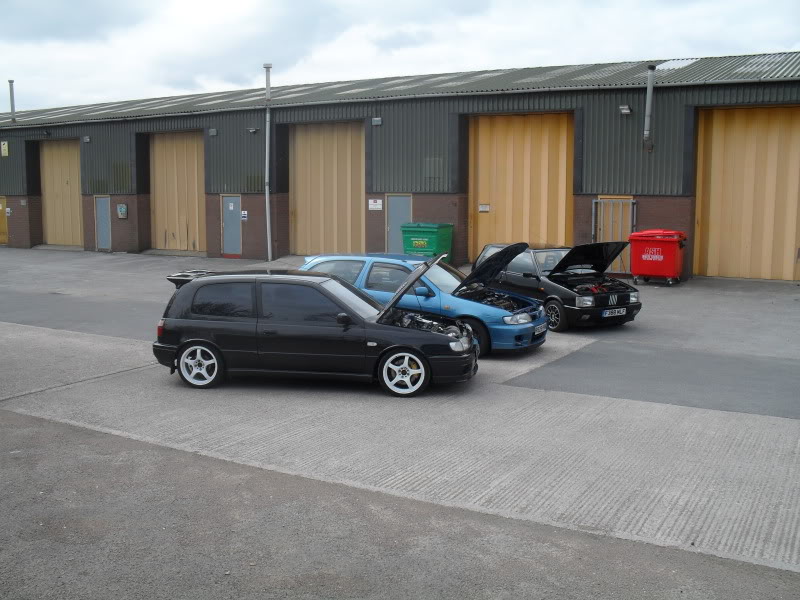 And went to a few Shows After the shows I had a problem with the radiator leaking, and the stainless manifold cracking so bought a new manifold and custom radiator and put back together, It was running well with new rad and manifold. I only did a few hundred miles, as i wanted to park up now over winter until the salt was gone. 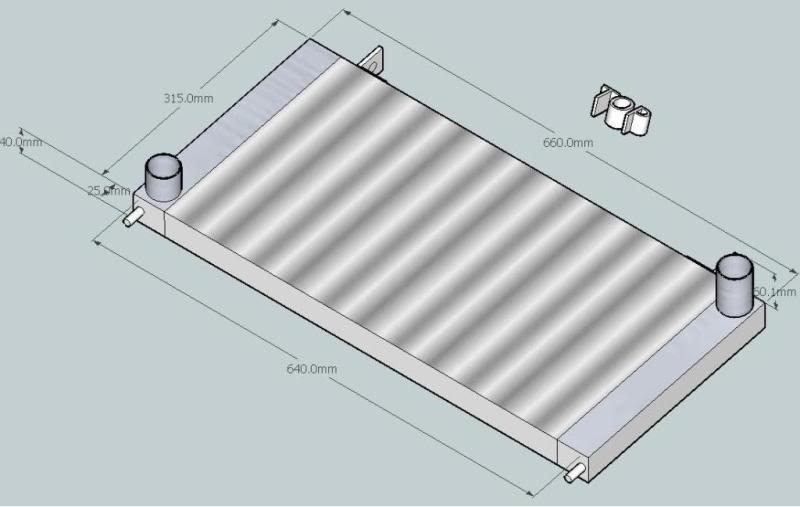 Back on the road..
The manifold cracked again so ordered my 3rd manifold.
This time I Ordered a stainless cast top mount, Treadstone - 304 Cast Stainlss Turbo Manifold
This should last longer than the low cost ones, but still give good flow.
It moved the positon of the turbo a bit which means other bits needed to be redone.

All the studs were cleaned, and the manifold held on with some nice copper plated locking nuts ! Rad to engine block pipe was re-made - as turbo now in the way.
Evething I could get to cleaned and painted until I got bored 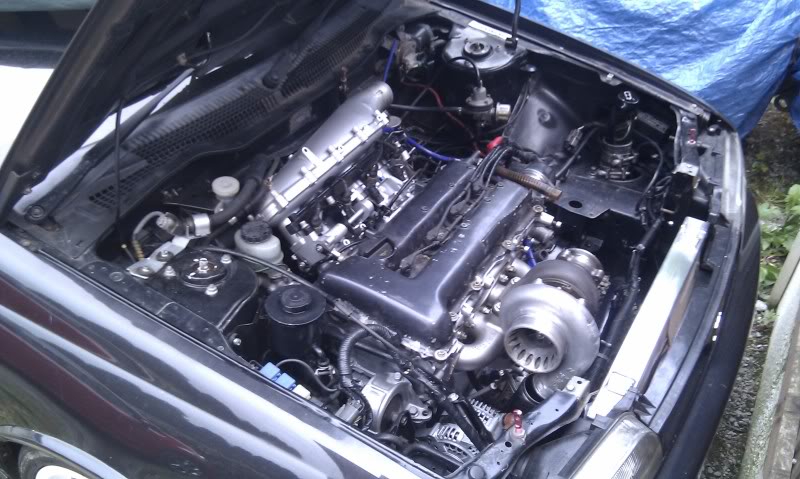 The filler needed to be reposition on the radiator dur to the turbo move.

Got everything bolted on , went for a test run, the the clutch slave cylinder failed

So ordered a new one fixed the problem so remade the loom for the ECU to get rid of that nasty tape the standard one has. 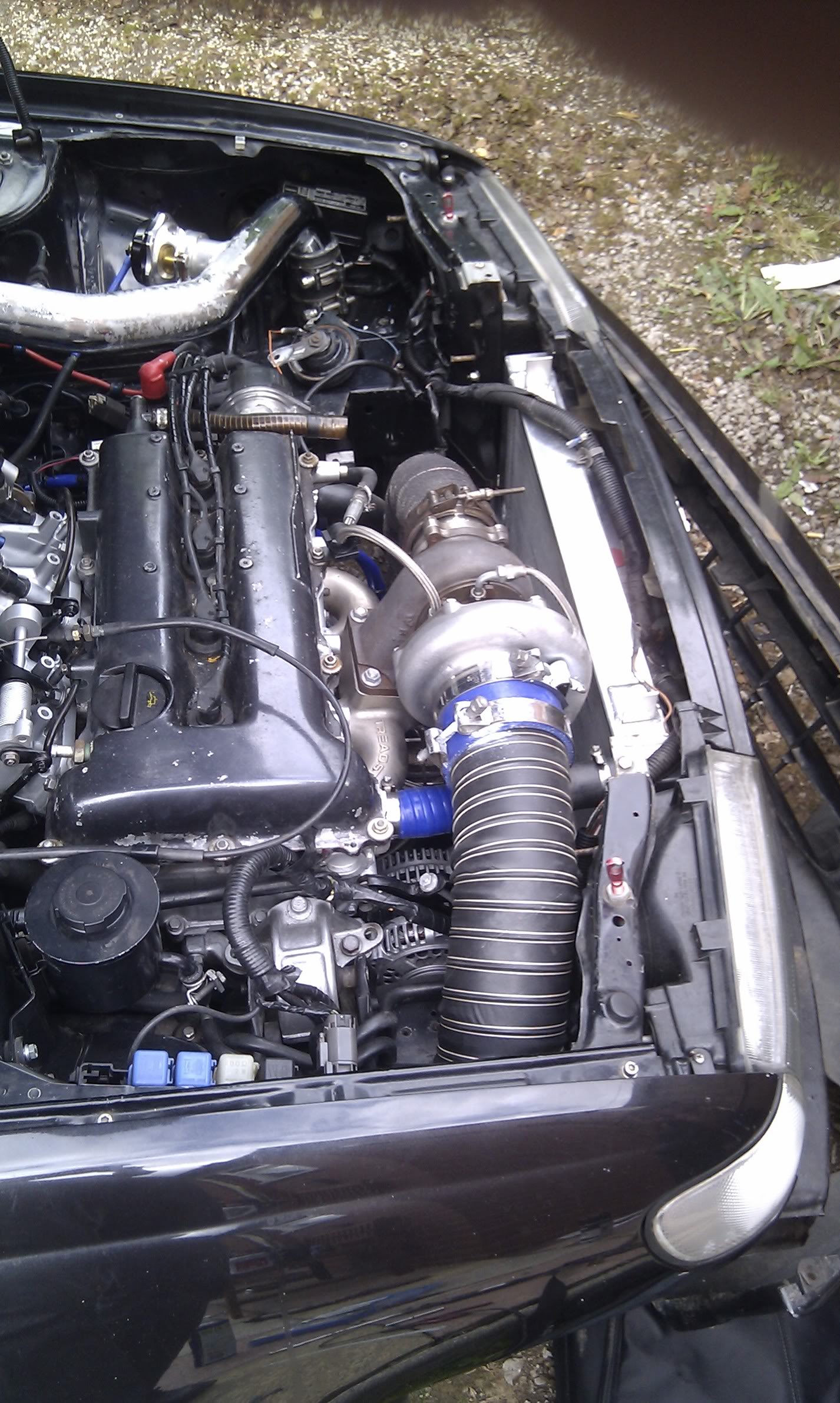 And the Pulsar is ready after 18 months ? 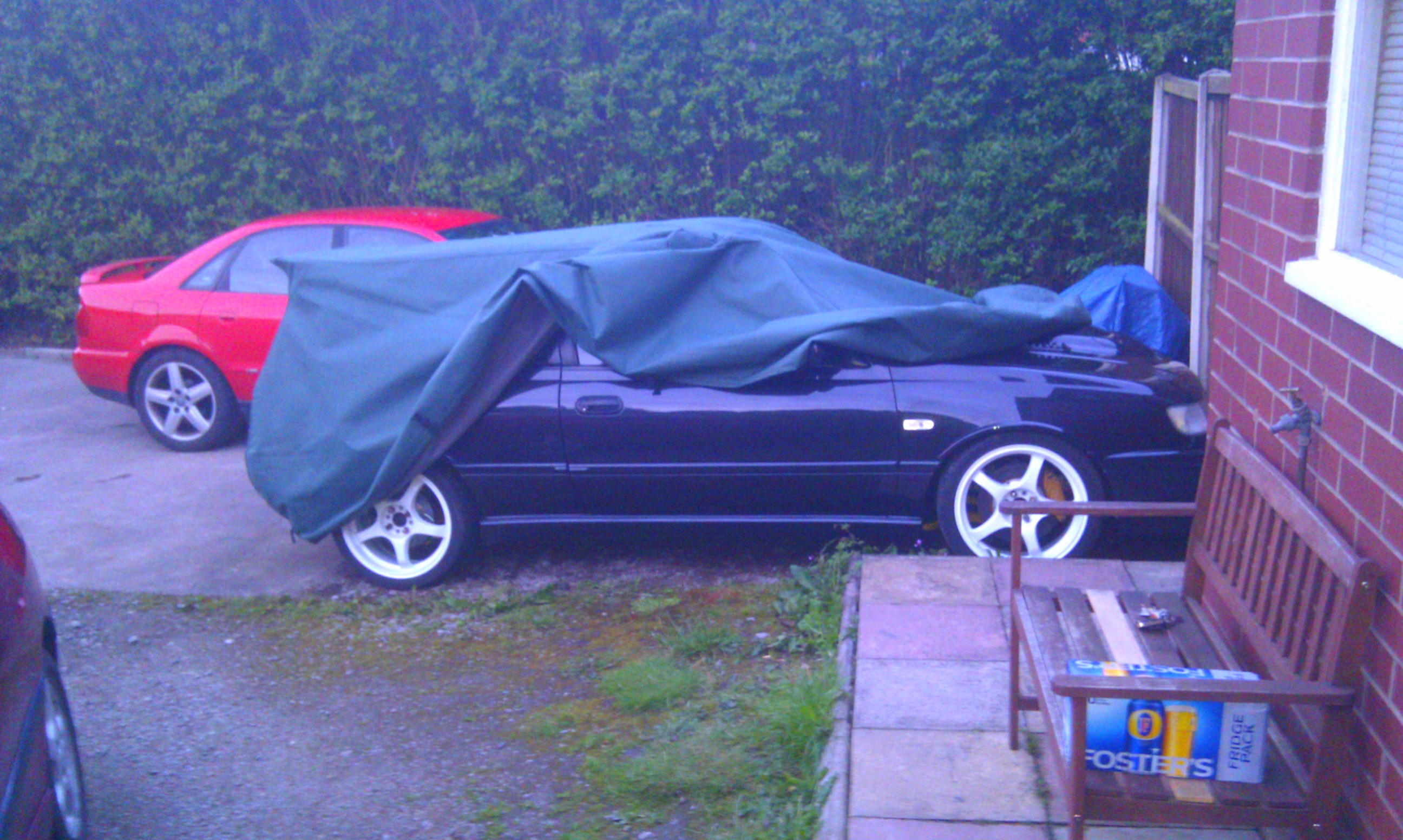 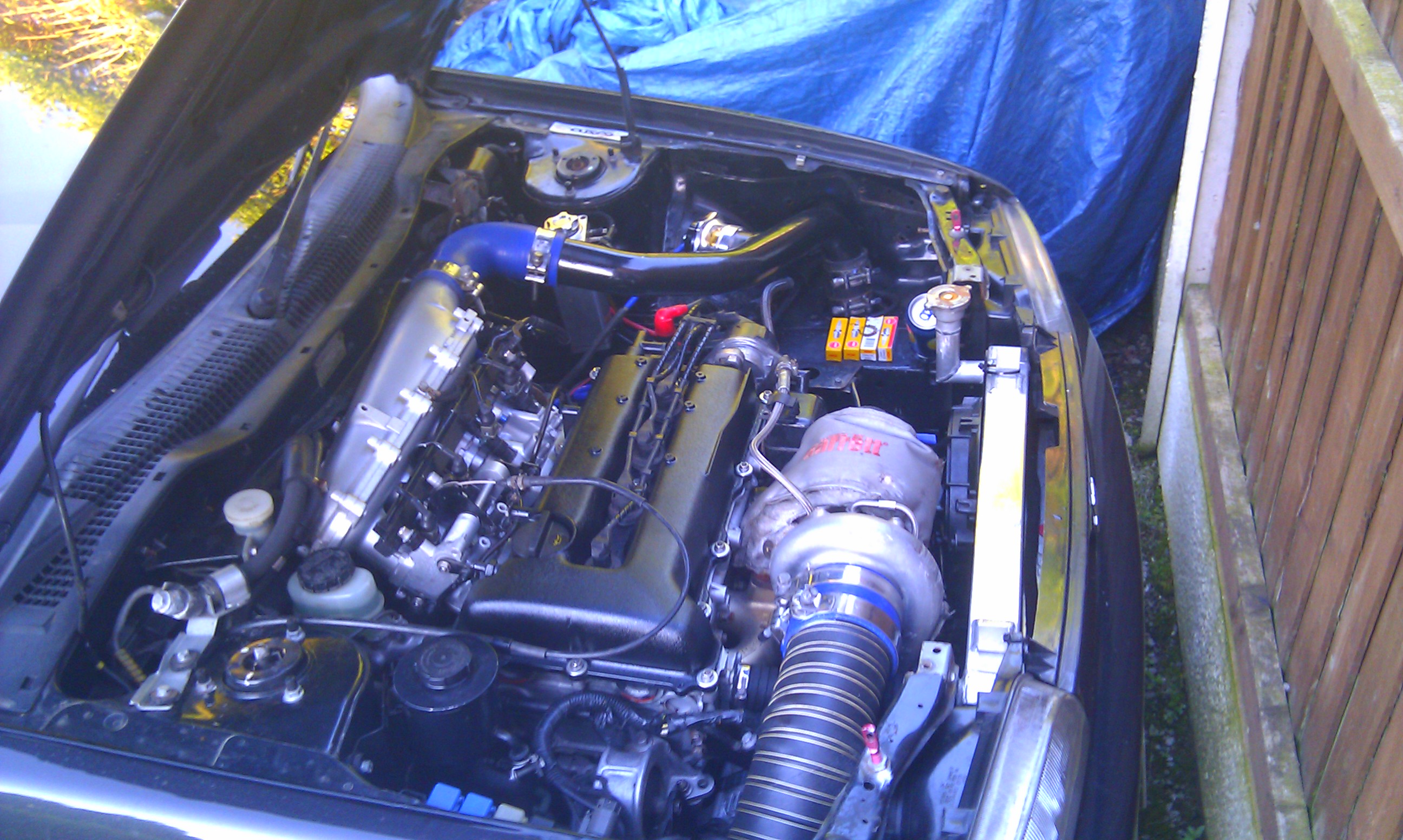 I'll soon be joining you when my new one is finished.

It's Ferrari metallic Nero if it ever needs touching up, I think there is only two shades it's the greyer one I think lol

Posts : 59
Join date : 2013-09-26
Location : Stoke on trent
Paint is ok, few spot of water in the compressor have poped up, new arches getting put on using mig brazing ( ment to last longer ? ) , also looking at higher compression. I've moved house and it's now stored in a garage. When's your going to be ready ? I spotted your top mount post so sure you have some other new ideas for R.

@gtir350 wrote:Paint is ok, few spot of water in the compressor have poped up, new arches getting put on using mig brazing ( ment to last longer ? ) , also looking at higher compression. I've moved house and it's now stored in a garage. When's your going to be ready ? I spotted your top mount post so sure you have some other new ideas for R.

Doesn't sound to bad then, I thought the arches might need some work in the future but it's pretty good for the age.

My new car will be ready around Christmas maybe lol, The top mount was just me thinking of ways to keep it standard looking but have some good performance. I miss the 500 bhp sometimes but I think 380-420 bhp would be much more user friendly for a daily driver, I'll just have to see how far the re-cored inter cooler lets me go. But that will be the limit I'm not fitting a front mount even a hidden one. It's important that when I open my bonnet the car looks to be a very good condition standard car.

Good luck with it keep the updates coming mate.

Exactly no point having all that power if you can't use it, What ever happens you'll never be the fastest theirs always someone faster.

My main concern this time is originality with a little twist and overall condition, I might even learn to like cleaning my cars

the wheels are 17" ultralights , might be a copy of another wheel , I've had em for many many years and still in good nick. 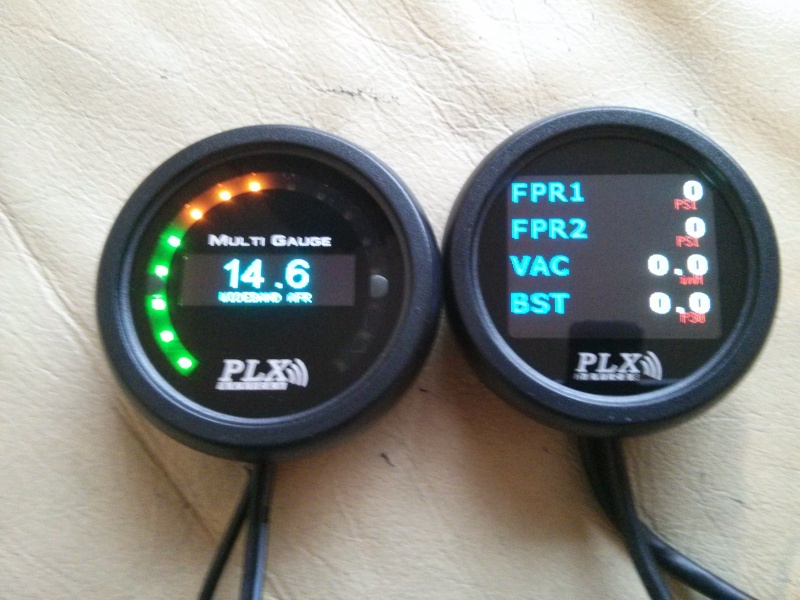 where you get them gauges from please and how much, also what ecu you running?
_________________
GTI-R-US.co.uk
In association with
Torque Of The South Motorsport

The best place I found for the gauges was xenon-uk ( via ebay )
Mine should be showing oil temp, water temp, oil pressure , AF , Volts , Boost
Each gauge can display any input, the gauge on the right is a small lcd screen and can show the info in various ways 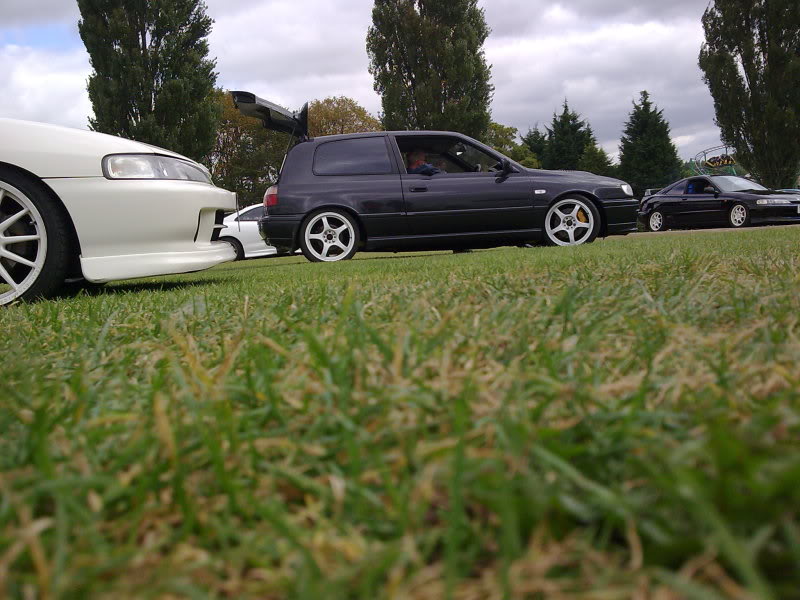 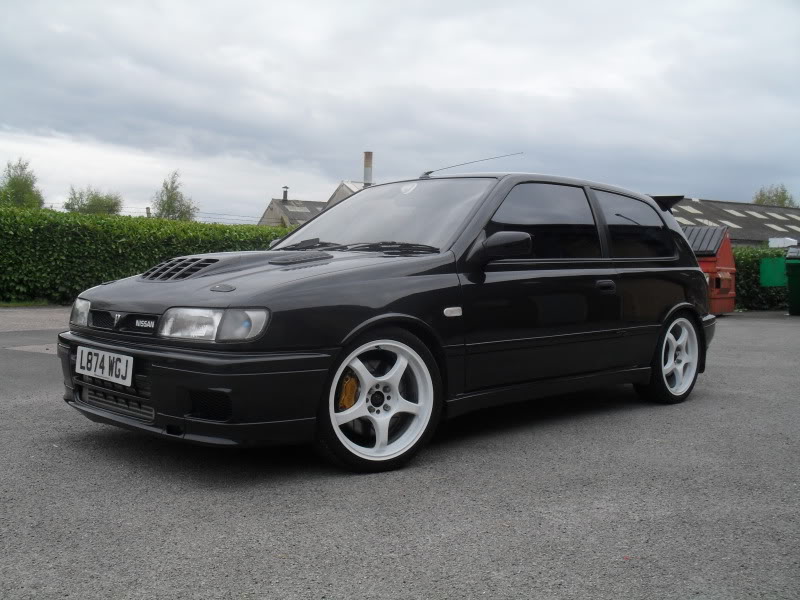 Posts : 59
Join date : 2013-09-26
Location : Stoke on trent
Back on the road again after getting the gearbox fully rebuild and the following changes done / planned. 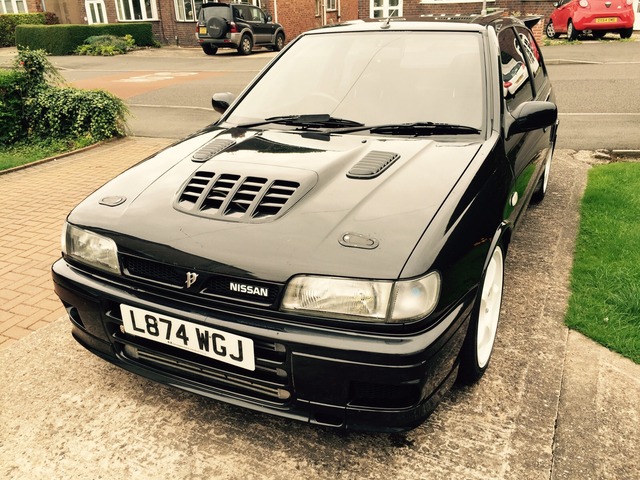 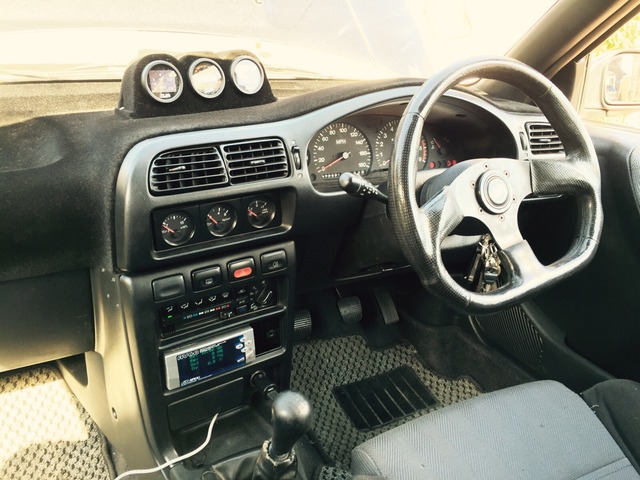 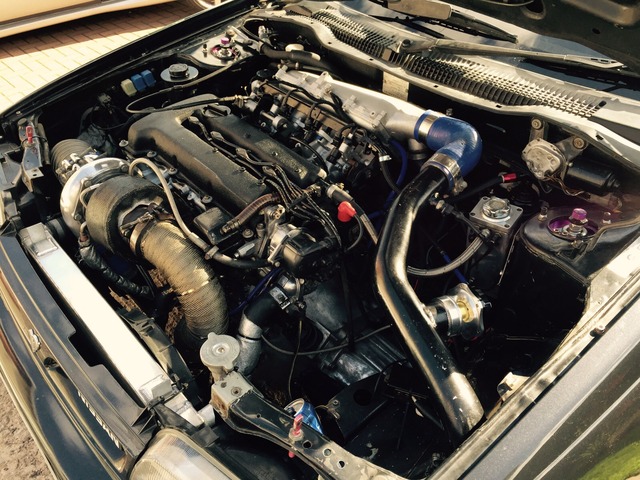 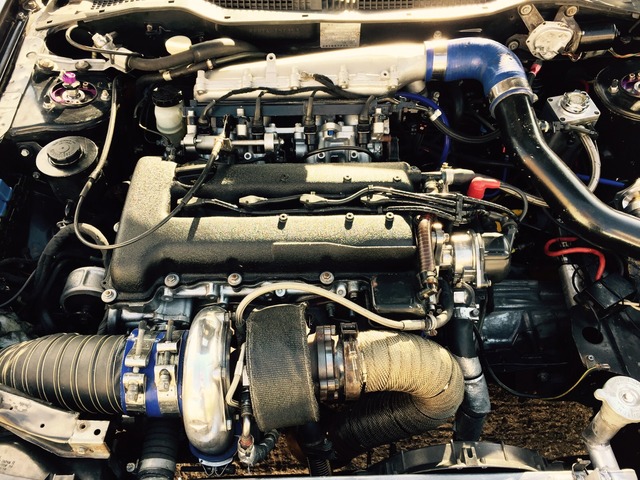 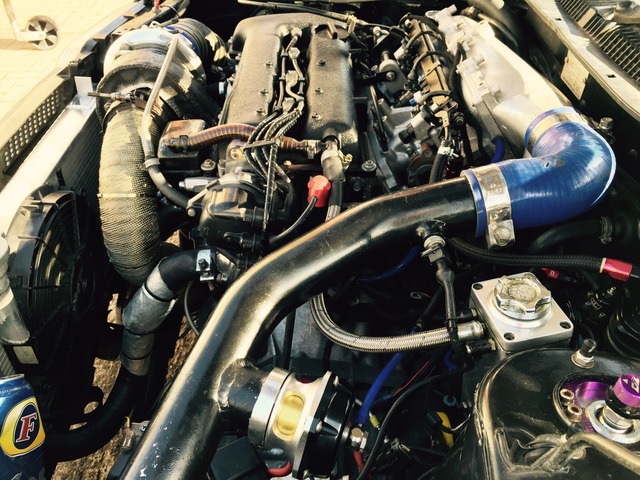 I'll be at JAE this weekend, hope to see a few other gtir's ?

Posts : 1935
Join date : 2014-01-27
Age : 34
Location : Derbyshire
How have I never seen this before?! Looks fantastic! Not a million miles away from me, I was going jae this weekend but gotta put the engine back in mine Saturday and out go karting Sunday!

@PartyPete wrote:Oh and what have you done to your gear box?

Thanks Pete, good luck with the gearbox fixing ( just got mine put back in time for JAE but left the engine in this time)
My Gearbox ,, well I got it from ashills in 2003, sold as "its a quaife gearset with all new syncro's and selector forks.
Then the gearset and selectors are shot peened."

I've just had it rebuilt again after 3rd gear was crunching, full syncro's set and 1 bearing. And I have 2 spare box's ( just in case )

I'll have to have a look at your build.
Dave