Posts : 8354
Join date : 2012-03-04
Age : 104
Location : DONT KNOW ANY CLUES???
just hunting through some parts and come across this chip in a box which appears to be brand new and never fitted, with the fixing for daughterboard and plug in wire.

anyone know what it is as im gonna sell it????

I certainly do!!!!!! It's an EPROM board off this product line: 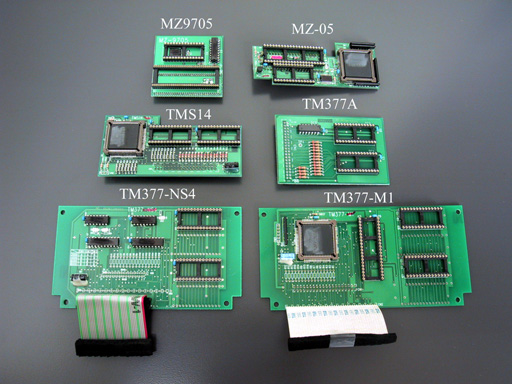 and made by Technosquare. I haven't seen any before, but the functionality of switching maps would be useful! Was this off a GTiR? Or another Jap car?

so is it remappable or a twin chip for a stock and go faster generic map which would be switchable?

Posts : 214
Join date : 2012-03-09
Age : 37
Location : Northern Ireland
I believe there are 2 different chips; one containing the stock map, while the other contains a re-mapped version. Being EPROM chips they will be re-programmable, but not quite with the same ease as NIStune (for example) which can be linked with the existing diagnostics plug. You might be able to do this with some EPROM chips, but others may require the chip to be physically removed from the ECU to re-burn a new map. I'm not 100% sure as I've not seen these chips before. Technosquare's website doesn't seem to have been updated in many years, but there is some information regarding re-programming here:

Seems like there may be some faults with their software/hardware, but I don't see why local tuners wouldn't be able to re-burn newer maps onto the existing chips.

Posts : 4000
Join date : 2012-05-05
Location : B's workshop thailand
pretty much a normal daughterboard, twin chips are normally 2 8bit chips to work with nissan 16bit bus ecu. Maps are not on each chip but combined on both with binary data logically split between the chips. Can use 16bit eprom chips but not the usual due to cost/chip sourcing.
Not sure how map switching would work (probably binary pulses) or how you know what map you are on but assume a small switch controller & status led is required. Would also assume no real time mapping can be done with this daughterboard & chips need removing for editing ...

Posts : 51
Join date : 2013-09-18
i have mine which is switchable but it's different one. I got it from nismotronic website. And they use moates board. http://support.moates.net/nissan-20x2-boards/