Gtir Motorsport club » Gallery » Members gti-r's » not back in a pulsar!
Tweet

not back in a pulsar!

picked this up today! needs a little bit of work, nothing major i hope though. 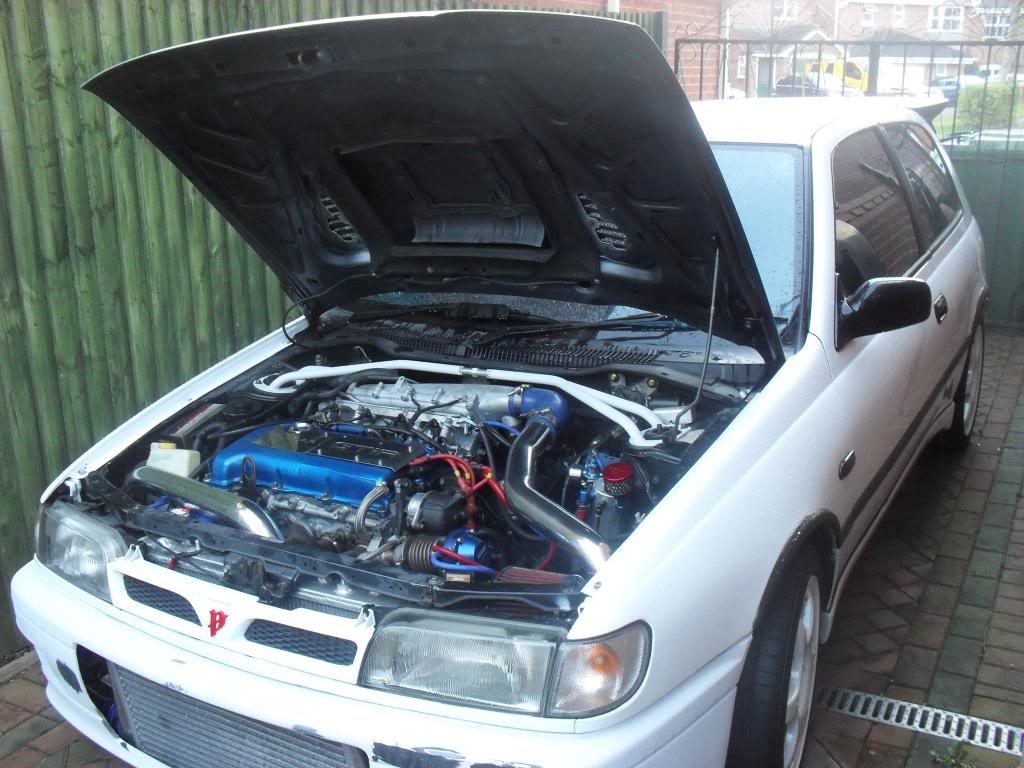 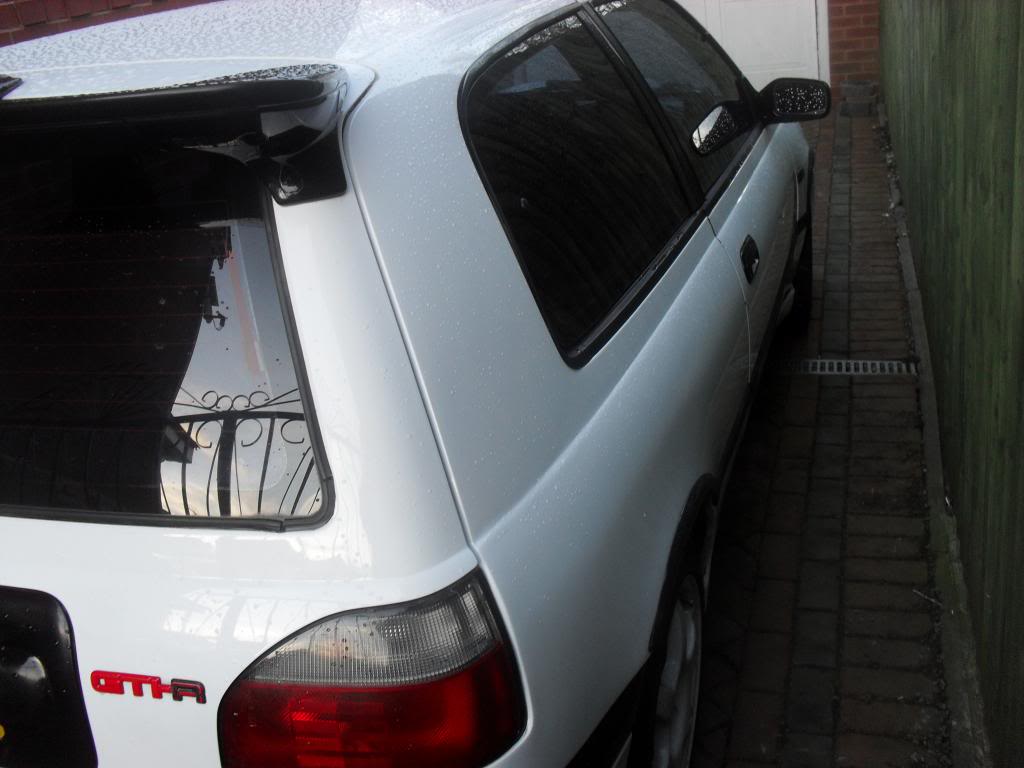 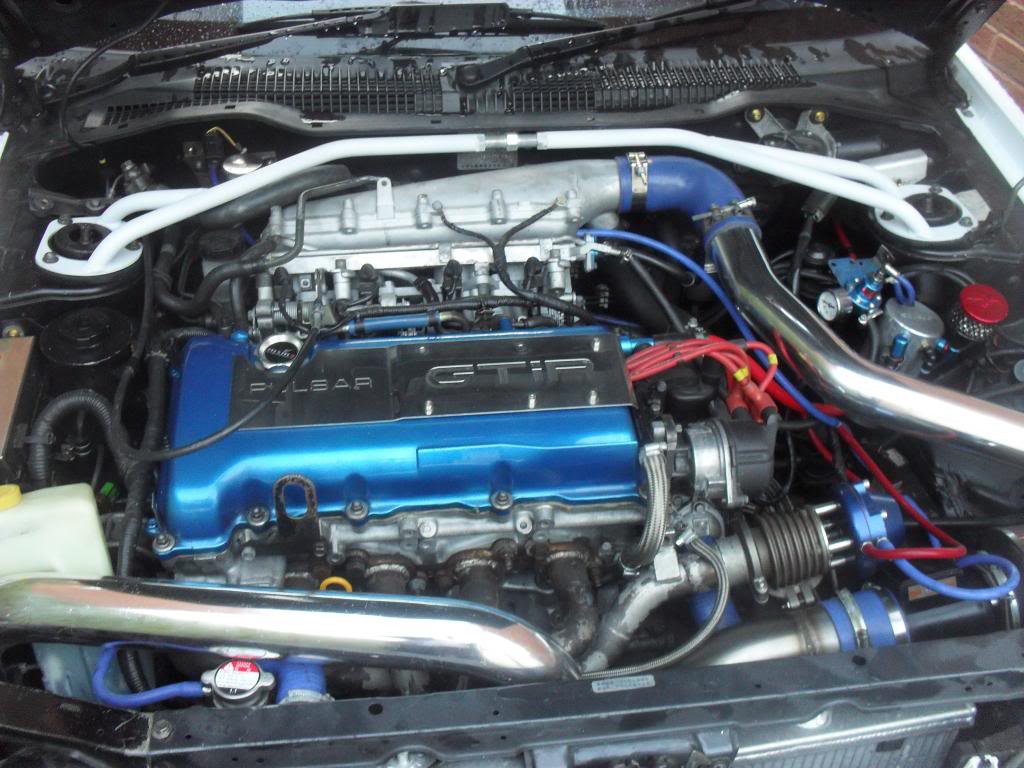 What steering wheel have you got? I may be interested in a swap for my 350mm momo corse, Im only small so I prefere a smaller wheel.

Posts : 638
Join date : 2012-04-09
Location : near bristol
Saw that on ebay. Good price you got it for considering spec, theres definitely a few things i would change if i owned it and no1 would be the steering wheel lol. 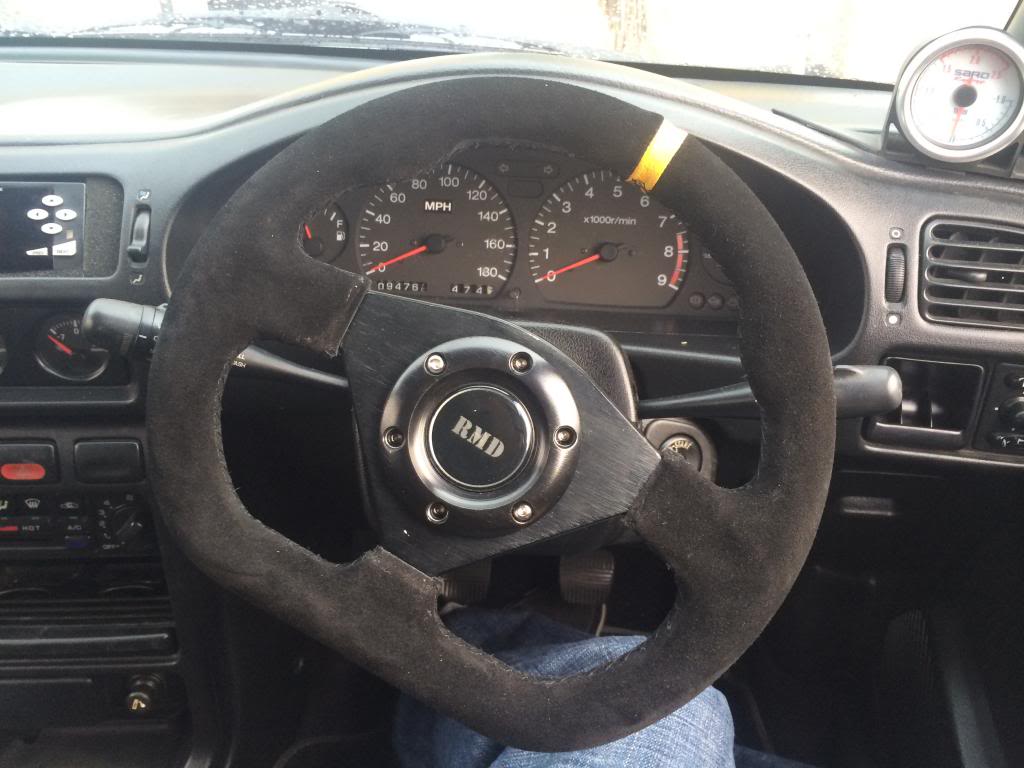 thanks for the offer but i actually already have a momo corse wheel from my last pulsar! so il be swapping this over onto it.

i got it from Birmingham! they all seem to come from there lol

im not going to sell the plug cover lol :p

first job was to remove the illegal window tints! i dont fancy getting any points on my licence for such a useless modification ! 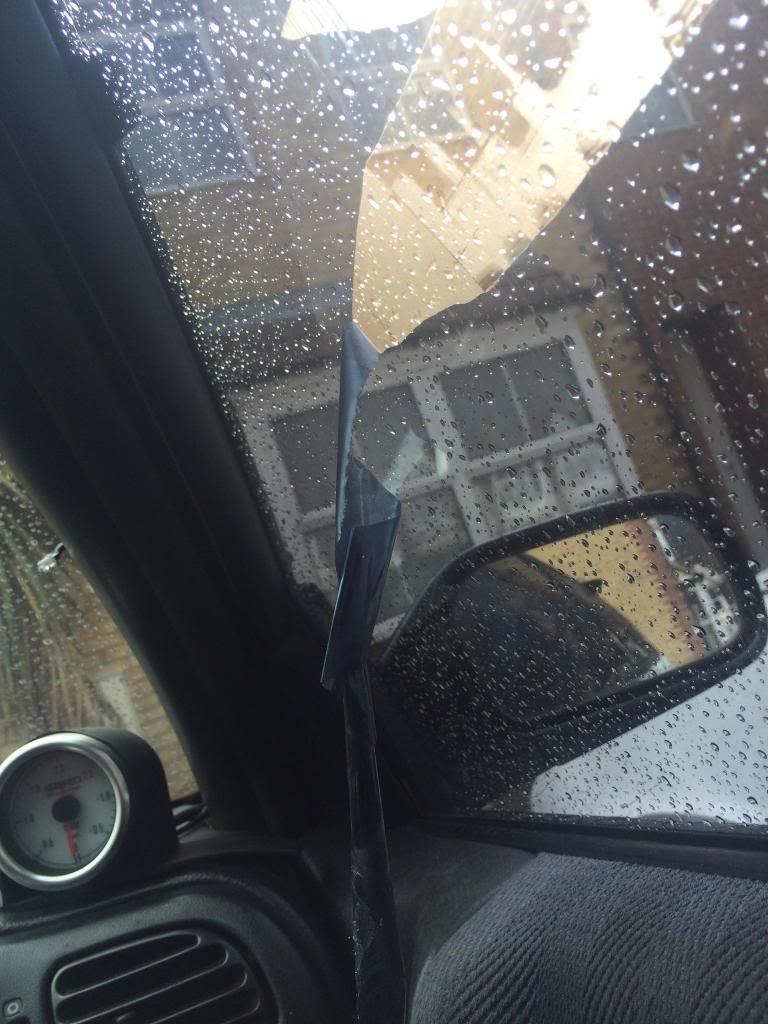 Posts : 8336
Join date : 2012-03-04
Age : 105
Location : DONT KNOW ANY CLUES???
I know that car very well beau
have you checked out the alignment on that car as before the guy owned it in brum it belonged to a guy called dave from enfield. we carried out a lot of work to the engine etc but the car had had a wallop in the past and the driver wheel was sitting an inch further back than the passenger side.
the guy (dave) had just had the car painted aswell but never bothered about the alignment (don't think he even noticed it until I showed him on the lift) think he ended up chaining it to a post and reversed it to try pull the thing back again then he whacked it up for sale where the lad from brum bought it.
I picked some stuff up from him last year (nice fella) but the driver wing was still poking out near the door and the wheel still was out of line despite it looking better than it had done when it was at ours.

But yeah after speaking to you, I set back my original collection date and done more investigating before viewing, I had a good look over it, I don't think it's been bent at all, just suspension damage which has been fixed, but yeah the wing is still out but it doesn't seem to be bolted on correctly, I'm happy with it

We tried swapping all suspension parts to see if it was those but was still the same so must be front outriggers or turrets out of alignment but then he tied it to a post and reversed up to pull it back a bit.

Other than that it's alright beau and as long as your pleased that's the main thing, just be carefull with it especially in the wet as it under steers really bad. Think the other guy from brum only used to use it at the pod where it doesn't really matter to much
_________________
GTI-R-US.co.uk
In association with
Torque Of The South Motorsport

Posts : 8336
Join date : 2012-03-04
Age : 105
Location : DONT KNOW ANY CLUES???
Lol I don't normally pay that much attention but that car just stuck in my mind as the guy wanted so much done to it, had it all painted and so forth but neglected the bit that really mattered.
He sold it just after the riots in London a couple years or so back, I remember that as he wanted me to deliver the car back to him as he was worried about it getting smashed up by loads of nutters roaming the streets.
So I went down there with Craig who worked for me at the time and we were both tooled up just in case they tried to rob the car from us lol
_________________
GTI-R-US.co.uk
In association with
Torque Of The South Motorsport 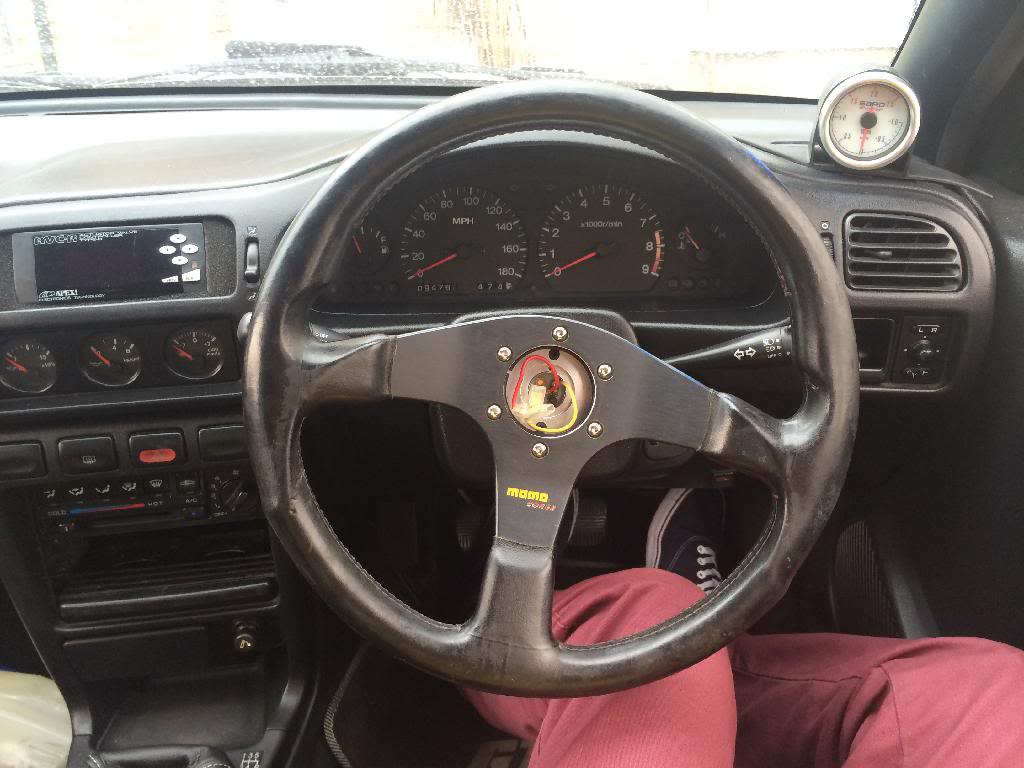 this is the engine bay now, minus the manifold/waste gate, getting a crack on the waste gate welded up! 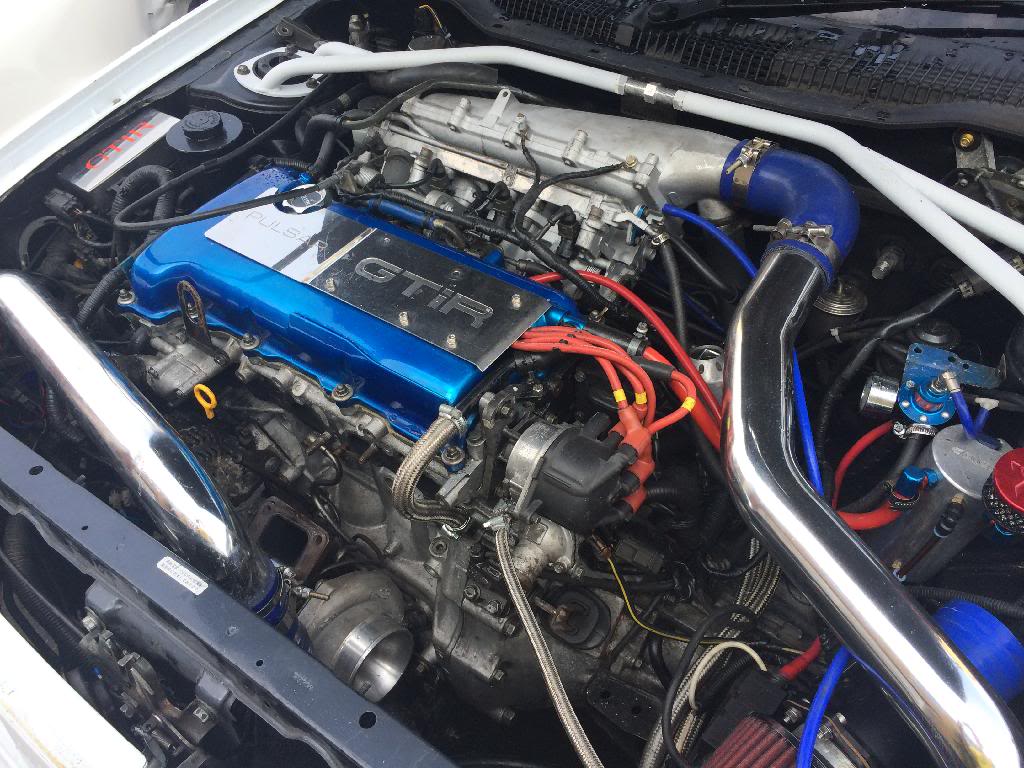 @GTI-R US wrote:did you take it to my mate to get welded beau?

yeah the guy you said is doing it :)i just gave it to my neighbour (who owns bikewise) and knows him very well and he sorted it all out

what an absolute pain it was getting the manifold out! JUST managed to squeeze it out off the studs between the turbo

got the engine bay all back together
had the front bumper fitted
cleaned it!

thats about it really, it took me for ever doing the manifold! mission lol 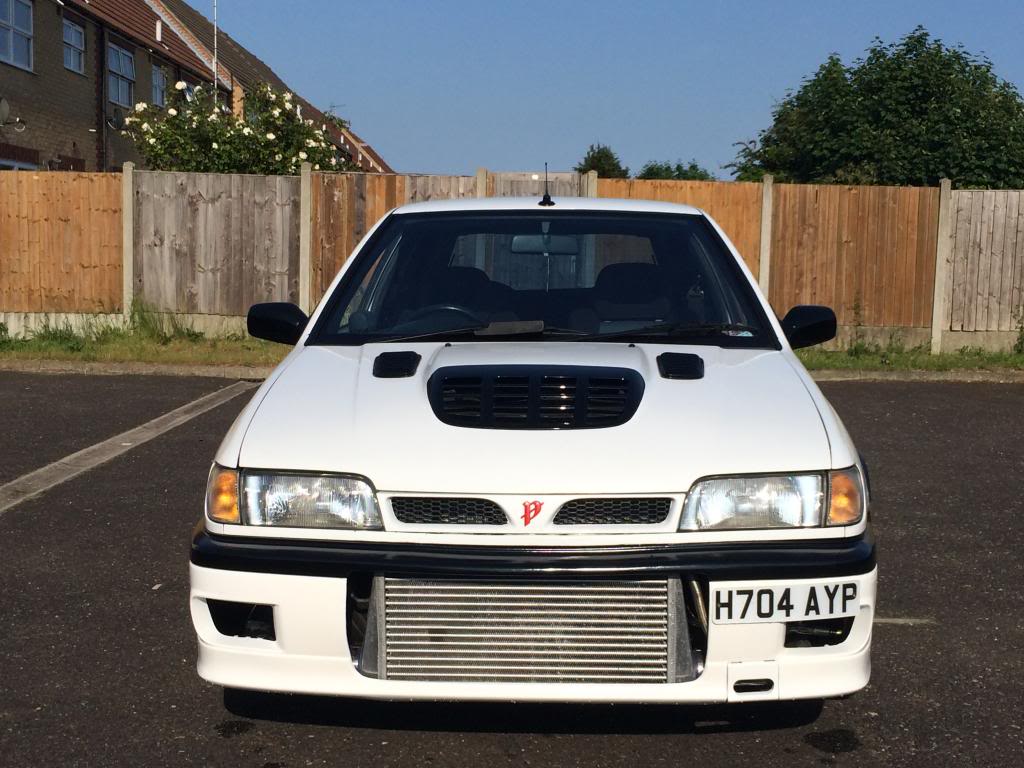 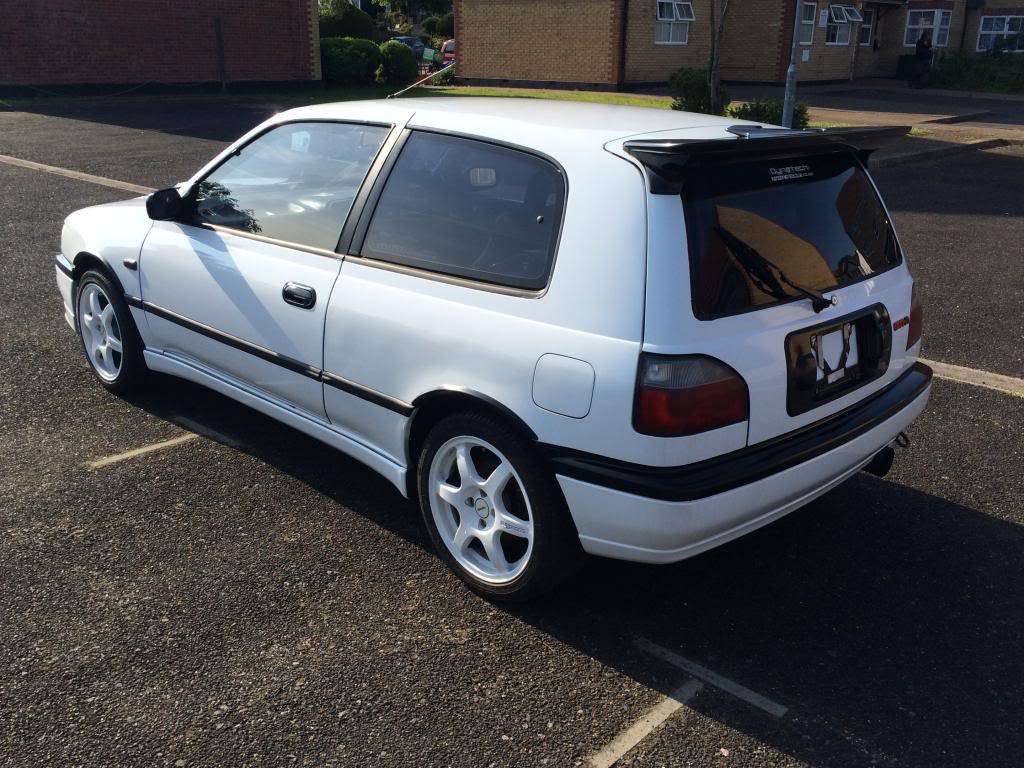 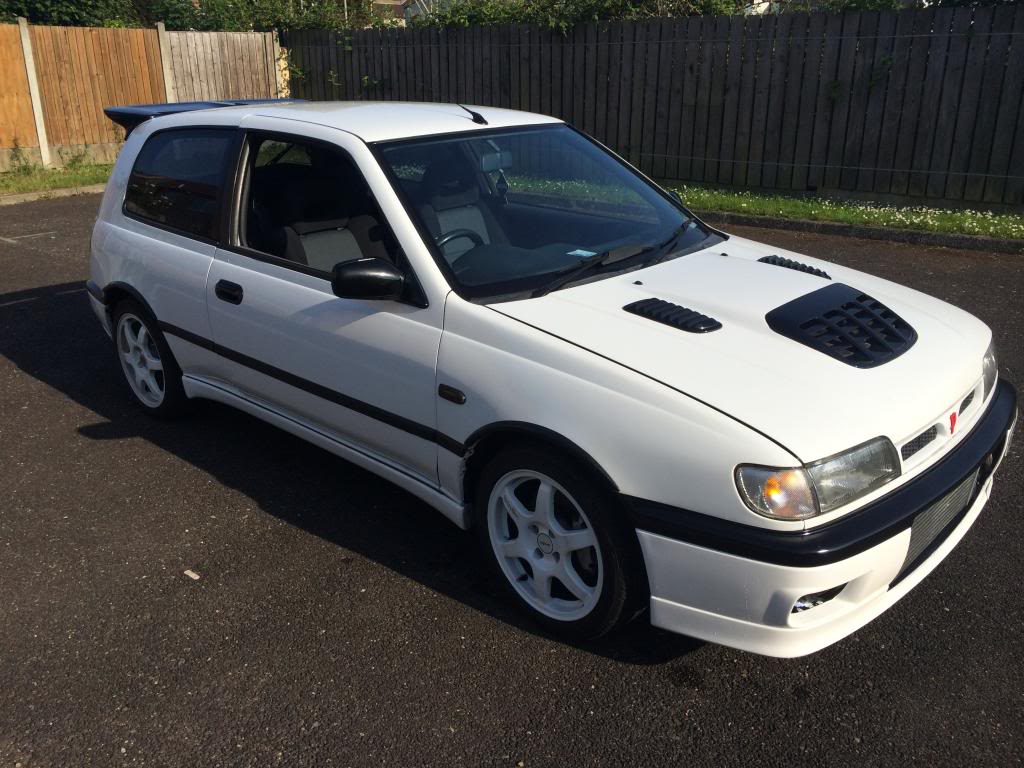 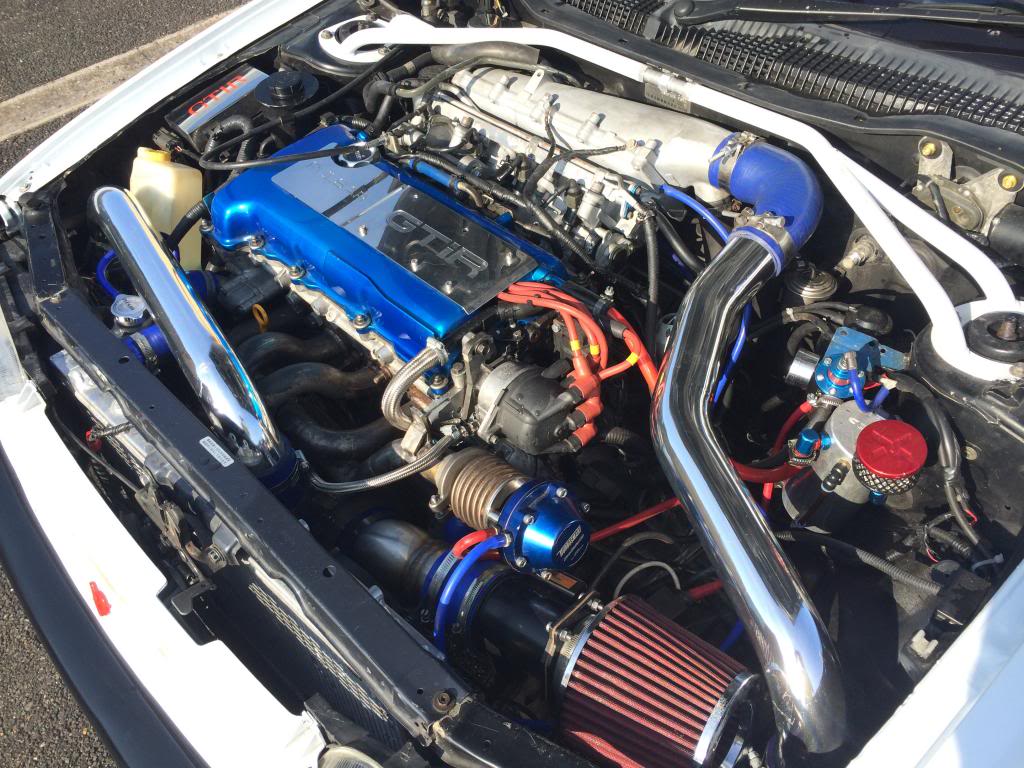 Re: not back in a pulsar!

Gtir Motorsport club » Gallery » Members gti-r's » not back in a pulsar!