Here Sven from the Netherlands. It's about time I introduce myself; have been reading on here for quite some time now; even bought some parts from some of you

My first car was an Alfa Romeo 33, after I sold that I bought a Sunny GTI-R from a polish guy in Germany that just imported it from Italy. I put it on Dutch plates and had a two year love and hate relationship (daily driver); think most of you might know that part :lol One of the lower oil squirters broke, and I ended up rebuilding the complete engine.

Anyway, I sold the car as I needed funds to study abroad. I sold it to a guy from Norway, his father was a captain and he was coming to Amsterdam port with a freight-vessel; we did a testdrive on the docks and I drove the car onto his ship myself.

After graduation and getting a job I bought and resold some other cars; BMW 525, Audi coupe and a Maserati 2.24v, a Quattroporte V8 and a Ghibli 2.0. However; I always regretted selling my red rocketship... So now, more then 10 years later; I found another LHD GTI-R (these are getting extremely rare as collectors buy up everything with investment potential due to the low interest rates for the last 5 years). This time an original Dutch car, also in red. I didn't think twice, and bought the car straight. Although, it does need some attention as the car has some issues.

I just wanted to know, maybe someone on here knows about the car, or maybe someone has been reading on the forum without registering, would be great to know what happened to the car. Anyone from Norway here? 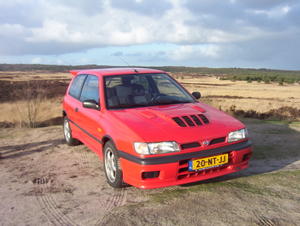 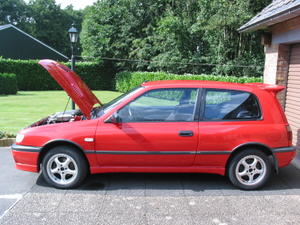 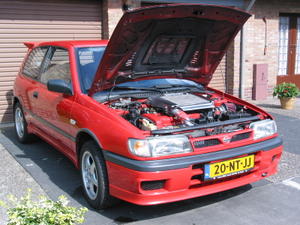 As said; here are some pics from the new car, not very high quality; since they were taken with my cell: 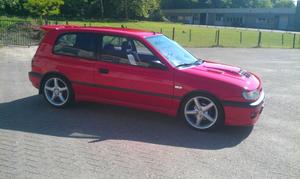 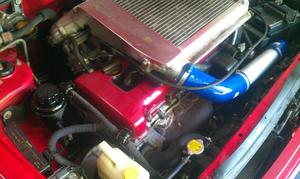 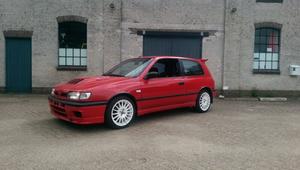 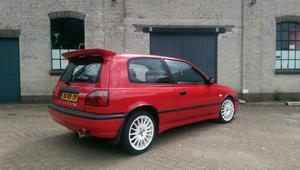 First thing I did was change the hideous super heavy 17 inch poser wheels for some white OZ's, think white wheels suit the red R. Anyway; I also removed the "double intercooler" setup; haven't seen something like that before: top mount in combination with a small VW Golf type intercooler in the front. Was very laggy; so I ditched both intercoolers and decided to run the same setup as I had on my old car: was lucky to find a good quality ARC top mount

I just had the complete engine bay dry-ice blasted and it already looks a lot better, will keep you guys in the loop on the process, many upgrades planned, car already has a forged engine with CP pistons and Manley rods, but is still running on original boost.

Posts : 33
Join date : 2014-05-22
Location : the Netherlands
Definitely! My first R was pushing around 330 on a Gizzmo chip, but I plan to push this one a bit further, but only just a bit as I favor low lag as opposed to top end power.

I have collected the following parts ready to be mounted on the car:

Aiming for around the 375 mark, still need to get braided lines for the turbo water and oil and I don't have injectors yet.

Probably the turbo will take more then 375, but I don't want to push it as that what everyone says is about the safe maximum for a ARC TMIC. I want to keep the car looking standard, it will be a roadcar so I think I won't melt my plugs like Bob did :-)

Posts : 4018
Join date : 2012-05-05
Location : B's workshop thailand
Should be fine on road car, could look at water injection too to help cooling.
Worth chemically cleaning the arc internally as expect fair bit off oily residue built up.
A heat blanket over the rocker cover is good too.
Top mounts are better than credited & in cooler climate countries quite usable.

Posts : 33
Join date : 2014-05-22
Location : the Netherlands
Good idea about the heat blanket! Will give that a go! Chemically cleaning an intercooler? I know that you can fill it with petrol and then shake it around? Might even do that with E85 as the alcohol should probably clean well? How do you chemically clean an intercooler, any specific substance?