Posts : 14
Join date : 2015-08-28
Ok so I dont take pictures too often so i dont have many pictures of my journey with this car isnt documented very well unfortunately. But here is what I got!


OK so back in late 2013 I as luckily enough to buy one of my obtainable dream cars that wasnt offered here in my country, My 93 Pulsar GTiR I picked it up for a decent price considering they didnt come in the states and the wheels, tires and coilovers were brand new. 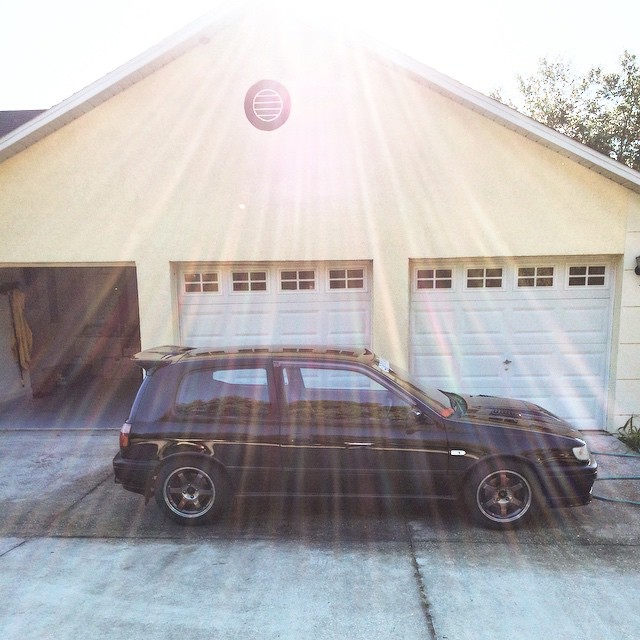 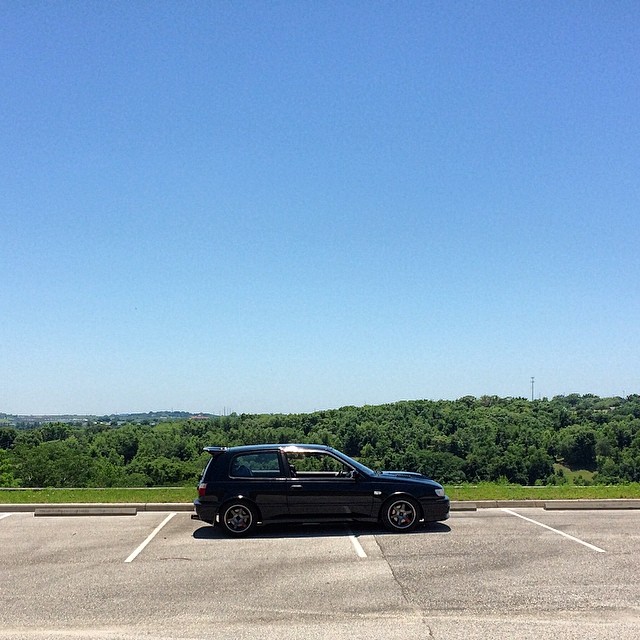 And with in a few weeks the car broke down a few times leaving me stranded. ( old rubber coolant lines kept bursting ) 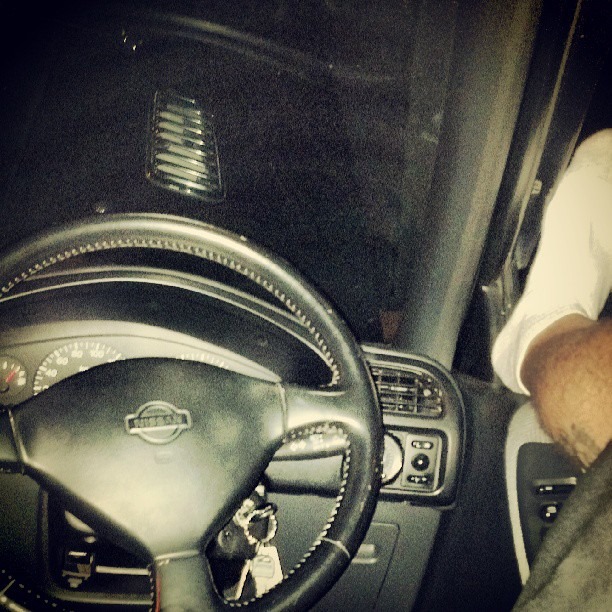 The second time it was one of the factory oil cooler/warmer coolant line things on the oil block adapter that I was unable to find which lead to me dropping the motor. While the motor was out I decided that I should pull the head and at least do a head gasket since I planned to beat the living hell out of the car like it was built for. 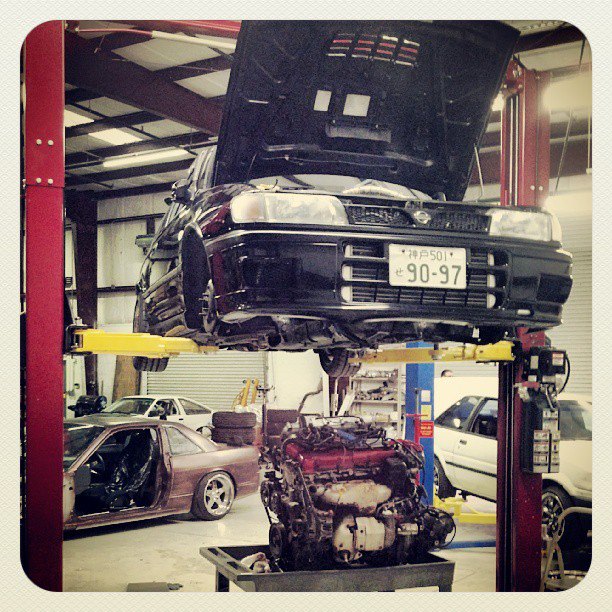 Upon removal of the head I saw some old rusty water marks on the cylinder walls of the engine as if the car had sat with water in it for a long period of time. So at that point I decided while the engine was out I will build it up some what. So through work Ordered a set of CP pistons, ARP hardware, ACL Race bearings, and got the block bored over and both block and head skimmed. Once the engine was together I decided to work on making a new turbo outlet as the factory one seemed so restrictive. 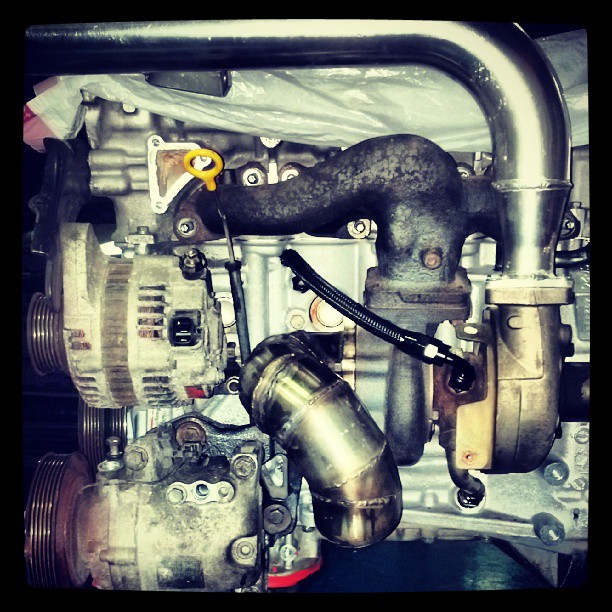 After the engine was in I ordered a Whiteline front sway bar ( my OE one was missing for some reason when I got the car??)  and built the downpipe and the rest of the exhaust. 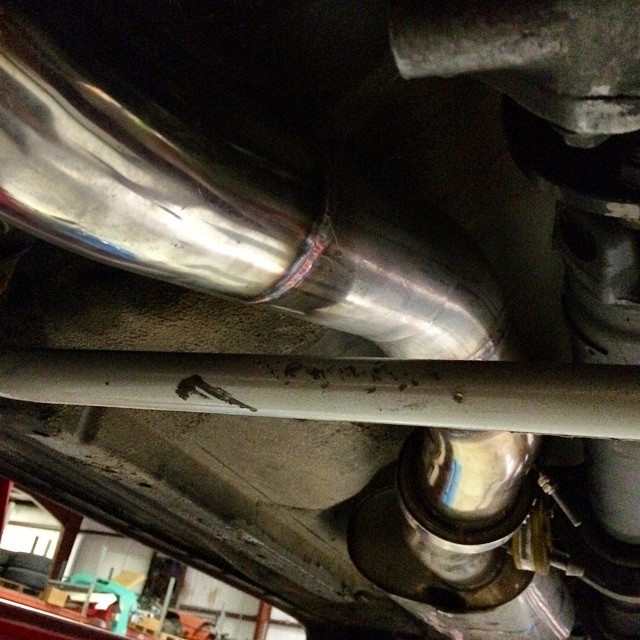 fast forward to a few weeks later, I get the car running and broken in and have been driving it to work and back for about 2 weeks then suddenly on my ride home under normal driving conditions the car stumbles and lost all power, I pull over and hear a nice singing sound through the air filter. I limp the car back to work to find this.

stock turbo was done for. 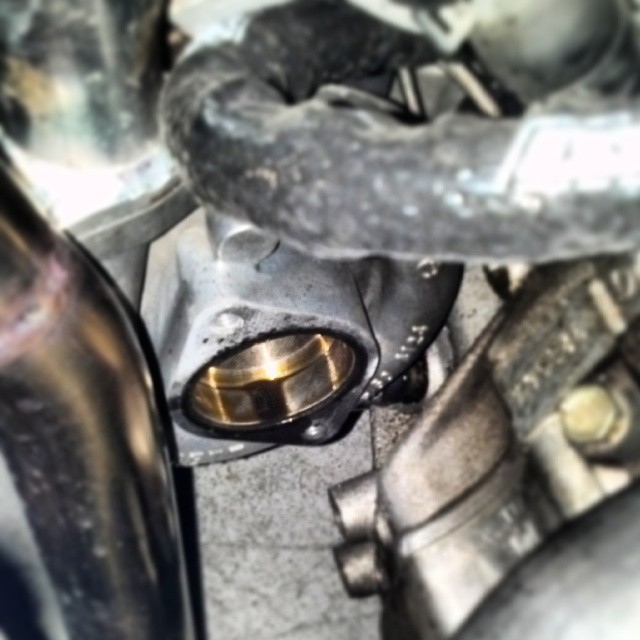 so a few weeks go by and I finally decide to go with the Garrett GTX2860 turbo so I took a ride on my lunch break to our local Garrett dealer and picked it up. 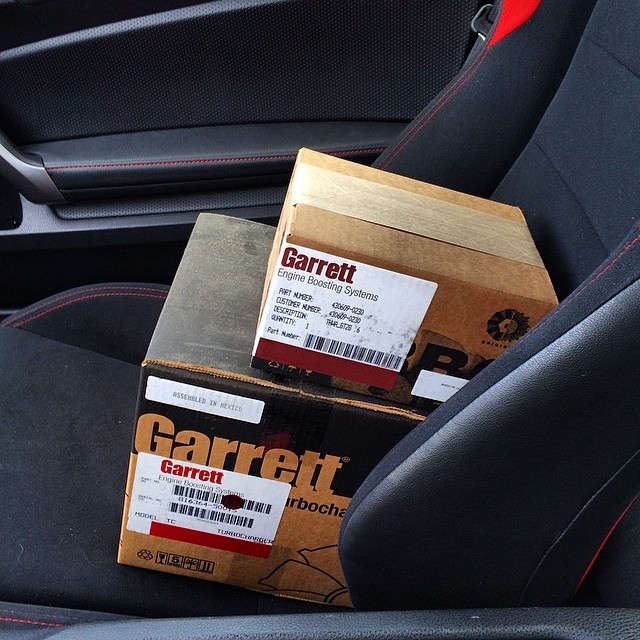 since all that went down I really havent done much to the car other than drive it and buy a thing or two for it here and there. I swapped in a US Nissan NX1600 Digital Cluster and bought a Nismo shift knob. 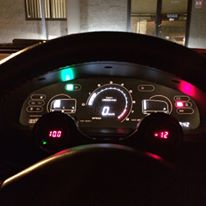 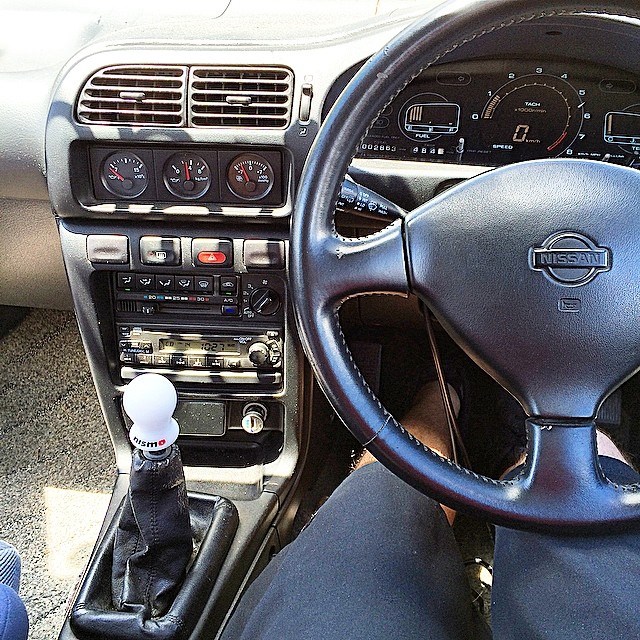 Last October I took the car on a pretty stout road trip up to North Carolina for a friends wedding, then up to my brothers house in Tennessee, then detoured through Alabama to see my other family. North Carolina was beautiful that time of year as the leaves were changing for fall. 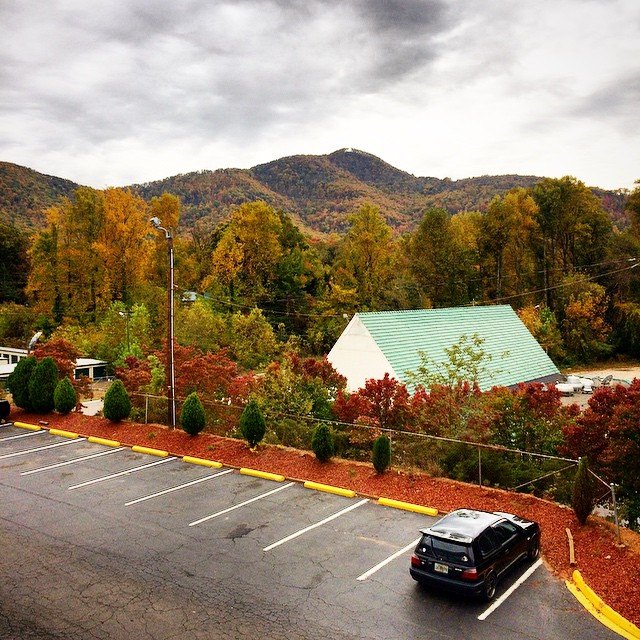 That is pretty much all that I have for now, I rushed 2 years of ownership into the few photos that I have. I will do my best to continue to update this more as I can.  My next project is a transmission swap as mine lost 3rd and 4th gear when I had a run in with a 500whp mustang that I was racing on the road and gave him a run for his money being down 200hp. So I will take pictures of that as it happens.

Feel free to shoot me any questions you may have or any tips to make this transmission swap easier.

bonus pic of my car out front of my job with a coworkers Corolla FX16 with a 4agze swap. 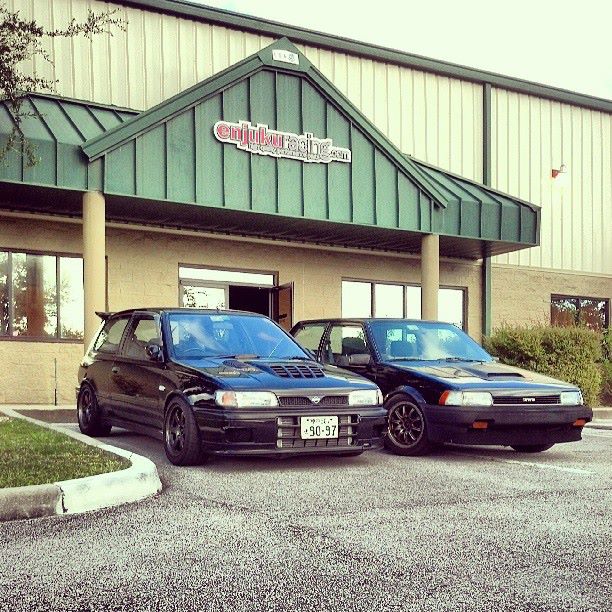 Posts : 6233
Join date : 2012-03-03
Age : 48
Location : Westmidlands
Great read. Car looks sweet.
Youve had a journey with it like most of us have with ours.
Good to see you have embraced it rather than chuck in the towel...
Most people dont touch arp head bolts now. Under higher boost the head lifts with them.
Everyone now use standard head bolts.
What are you doing with your gearbox? Swapping it out for another standard one or sourcing a quaffe or the likes uprated gearset?
Theres a brilliant how to on here that will help you change the gearbox if needed. Youve removed the engine already so i guess you wont need it.
_________________
Back again

Posts : 200
Join date : 2014-03-18
Great stuff! We didn't get NX's with digi dashes in UK so a very nice to see the conversion. There have been Audi 6sp & Celica Gbox conversion done but uprated gear sets from quaife or Par are the normal upgrade with cryo & bracing to try & keep the standard case together. Keep us posted Kev!

Posts : 4053
Join date : 2012-05-05
Location : B's workshop thailand
Looks the part that one, nice read & nice photos. Want a par gearkit in that one & smidge more hp then you can wrestle the american muscle no problems.

Stu, I have just an oem box i got off an engine importer who parted a swap that im putting in. I plan to keep my box and build it with one of the par gear sets. From what I read Nissan did revisions to the transmission casings and the later model ones were supposed to be stronger / braced better? I dont know how to tell what year the new transmission is so I figured putting the gear set upgrade in my 93' box would probably be the better idea along with the aftermarket braces.

GTI-R US, There is a hand full of these in the states already and the first year once are starting to make their way over legally now, but as you know the car wasnt a highly sought after car like the Supra's and Skylines and Silvias are. The people who will have a Pulsar or Sunny here are someone who knows exactly what it is and will probably specially order it.

Nomad, The conversion was not hard. it actually bolts in with the same location as the stock. just a matter of cutting and soldering wires to the new plugs. I was able to get everything to work for the most part I even wired the ABS warning light on this non ABS cluster ( green light on the dash due to a wheel speed sensor being unplugged ) the only thing I was not able to get working was the dimmer control. I think that I burned out the control when I was wiring it. I think the pulsar cluster asked for a ground to that part of the cluster and the NX cluster wanted a power and I didnt know till it was too late

but either way its visible in day or night just fine so im happy.

Posts : 15
Join date : 2013-01-27
Hi Kevin,
Nice car, hope she is back running sweet now. Have you done any more work to her? I'm just rebuilding my black one slowly at the moment when I have time off work. Loving the NX1600 cluster,i actually picked one these up from America a couple of yours ago but never got round to fitting it. I don't suppose you would have a write up or photo's of the wiring completed to help out a fellow enthusiast in the UK?