Anyone recognise this car??

as you all know I am planning a rebuild of my motor but before I do im wondering if anyone knows anything about it.. I don't mean pulsar in general I mean this car specific.. the guy I bought it off has gone silent and its a dog when its cold so Im trying to figure out why its so rough before I strip it to bits and also trying to figure out what it has on it... I don't want to jump in head first so to speak.. 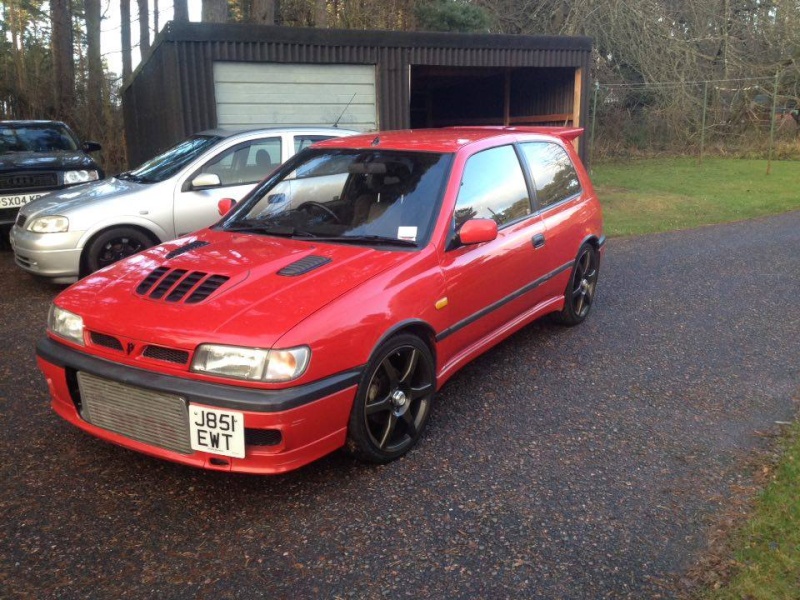 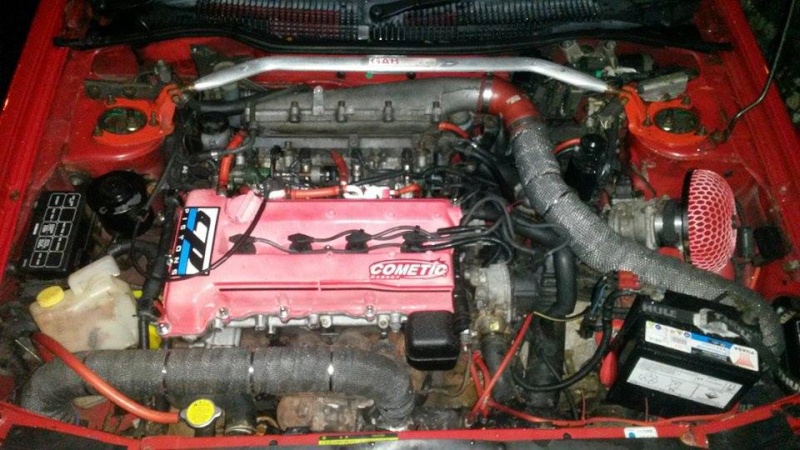 In all seriousness though I am desperado to try and figure out what its got so I can start hunting down the shit ass cold start/kangaroo juice at low rpm before I start taking it to bits.

@Bandyleg wrote:Say what?? Im new to these cars man English... 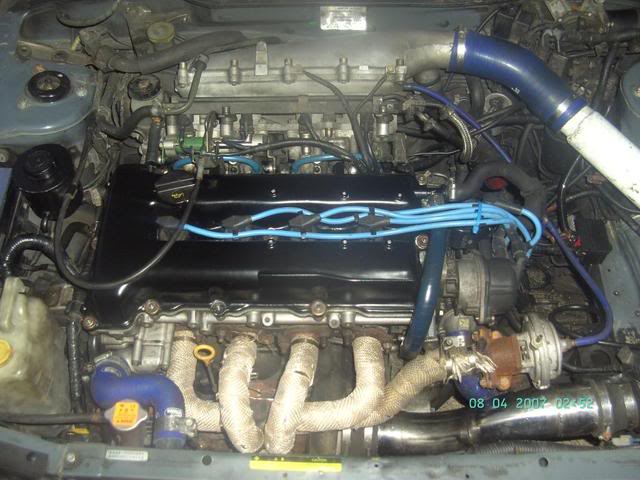 Posts : 6233
Join date : 2012-03-03
Age : 47
Location : Westmidlands
I would check the way your vacuum hoses are plumbed in too.
Theres 4 vacuum pipes coming off your turbo?
Try plumbing everything in the factory way.
Heres a link to the diagrams

Best thing you can do is just have a look yourself. You brought it with an engine nock so chances are the previous owner just wanted shot of the thing.

You can see if it has a steel HG by the feel of it down the side and also check down the bore once you remove spark plug to see if the piston has any stamps. The stock from memory has a circle and 54c stamped in the middle? (From memory) cant always see the 54c but the circle should stand out.

However that would probably matter more if the engine was running fine. Best thing you can do is to inspect that and see how far she has gone.

Turbo can be seen easily along with pretty much everything else so you can get a good idea of what the thing has.

As Stu pointed out there are a number of things which could be causing running issues but as mentioned an engine nock is quite serious
_________________
Now Shagging sheep on the cheap
You wont find one that's for keeps
Spend the money, find a honey
'Shit' think I need to sell my Sunny!

Sorry not hijacking just as your on the subject of vacuums and running issues. The balancing nipples for the throttle bodies, should it matter if there joined together.
Got a motor with 1&2 bridged then 3&4 bridged.

Sorry not hijacking just as your on the subject of vacuums and running issues. The balancing nipples for the throttle bodies, should it matter if there joined together.
Got a motor with 1&2 bridged then 3&4 bridged.

I don't think it matters if they are bridged but I woukd guess if they are used for a feed for the bov or turbo vacuum I woukd say it would draw air from the fuel mixture?
_________________
Back again

Posts : 412
Join date : 2016-01-03
Location : Cumbria
I think I have found 90% of my issue,
This red pipe had come off the round topeed thing (Actuator I think), I put thi sback on and it seems to be running a whole heap better I can start it from cold and it will hold its own without intervention although it does seem start bogging down after maybe a minute of running.. give it a blip on the right foot and its fine.. 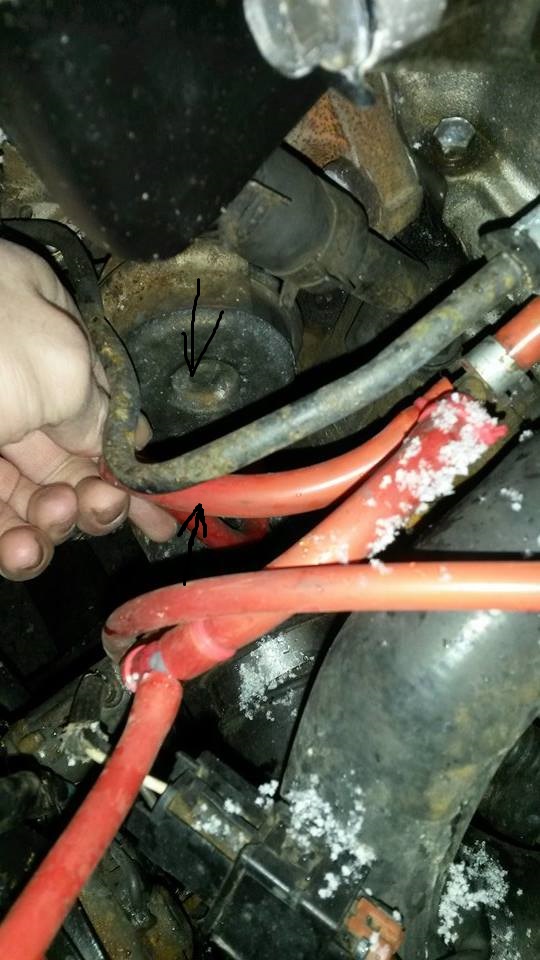 The Plenum.... I found the wires as mentioned and they have been affixed here but I have no bolts to fit so I can resolve this in a few days. 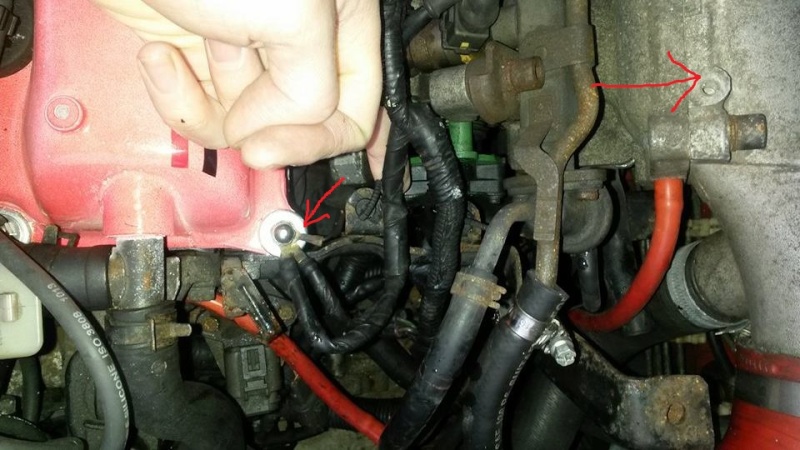 Then I also found this... I would hazard a guess at an earth wire or sensor.. but couldn't see a spare wire hanging around. 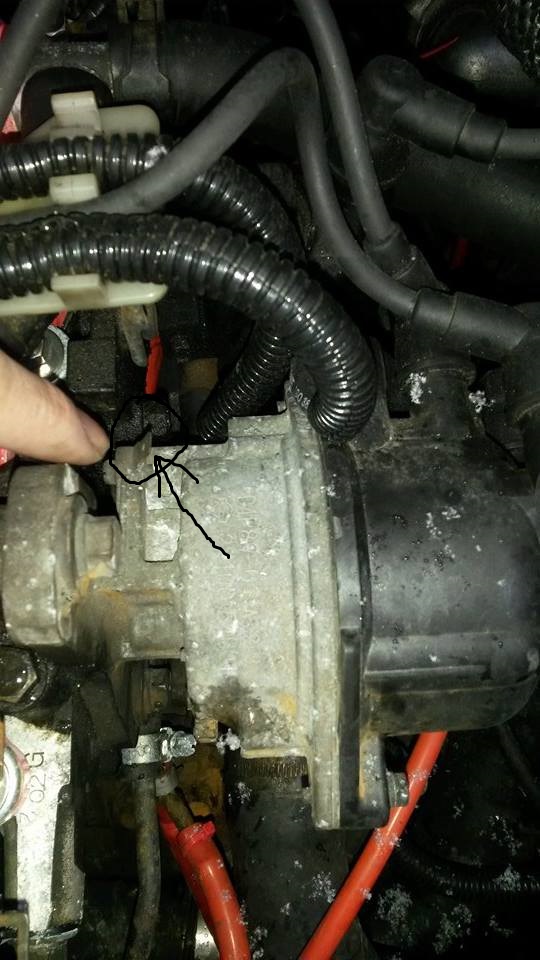 The turbo is a Garrett but I couldn't see then number, I was working whilst it was snowing so I wasn't getting on the floor and that also explains the whit stuff you see everywhere.. 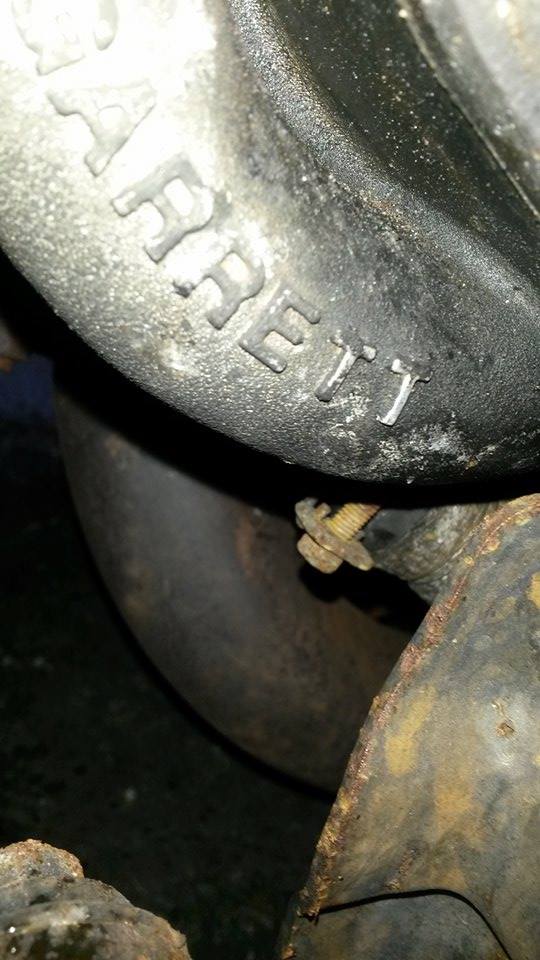 )
I left it running for about 20 mins or so and then took a cautious drive around the block a couple of times and I have almost no kangaroos now but still not quite right.

This was my gauges after a run and it should have been plenty warmed through.. Do these look about right?? (I know its hard to say) 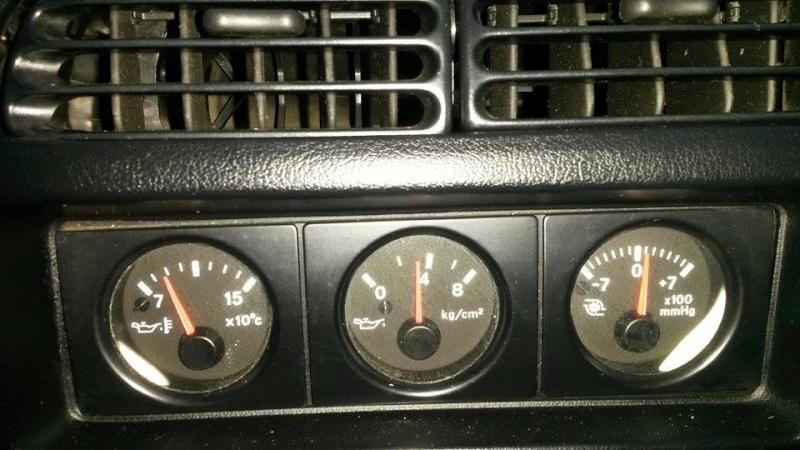 This is going to sounds odd but that red pipe that had come off.. would it have caused the knocking sound as now I cant seem to hear it...

@Stu wrote:Gauges are sitting at the correct level so all looks fine there.
I havent see someone earth those two earth's off the rocker. There should be one on there already tho.
There isn't a wire that goes on the dizzy that you pointed out.

Their was a 3rd very thin wire under those two.. I took them off to check! Glad the gauges seem to sit ok, I did take a video but the mobile has decided it didn't like it for some reason.

Posts : 6714
Join date : 2012-03-12
Age : 35
Location : morpeth (Newcastle)
There is but a lot are removed as not doing much. The other one you pointed out is just spare threaded area on plenum I think. And if that pipes off the car would be unlimited boost

Re: Anyone recognise this car??