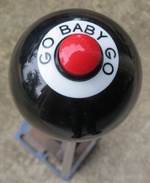 @Andy Sunny Gti wrote:What kind of parts are we talking about here?
Nissan still stock thousands, and loads more in Japan brand new.
A few of these parts are also interchangeable with the newer SR20 variants. 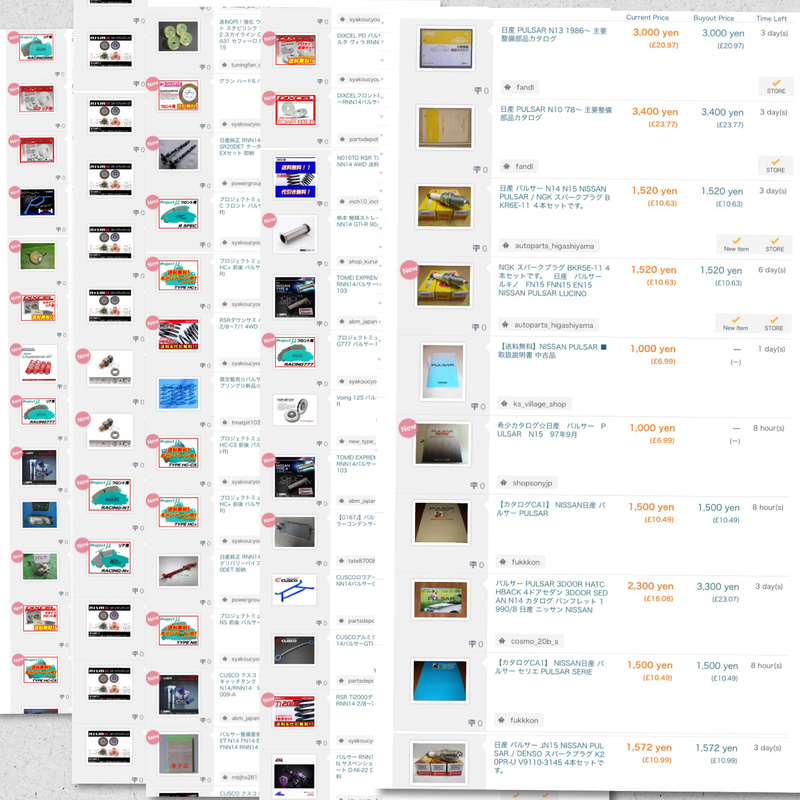 What site is that?

Posts : 74
Join date : 2016-02-05
Location : Wales
I dont think parts will really be an issue ; people have been repairing cars for years and still find parts,suppose you have an Austin somerset ,cant be many of those around yet people still find parts from 1952 !!!!
The car price ,I think is not just supply and demand but a factor of available funds ie credit or cash - and competition from other available cars .
PPI payments provided a windfall for millions , this unexpected cash lump went into holidays and cars ,as you would expect prices of things people always wanted rose .
Massive house price increases also provided a windfall for many again car purchase high up on wish lists .
Now the economy has stalled , wages have been stagnant for years , the youngsters have been bent over and shoved the big one - not surprised they are no longer buying these cars .
Competition wise -it will be massive , now 90% of new cars are on lease deals ,and have been for a while ,no one owns a car anymore - the used car market will get flooded and prices plummet .
A 20k pulsar or an Audi R8 for the same money , I cant see that , there are so many performance cars out there its nuts - I would expect prices to have peaked now and drop in the future
We will see....

Posts : 8336
Join date : 2012-03-04
Age : 104
Location : DONT KNOW ANY CLUES???
Yeah i agree with a lot youve said there but you wont find an R8 for 20k unless its been an insurance write off.
Like you i dont see prices rising much further unless its either a uk model which are now becoming vary rare or something  that has nostalgic history attached.

The other thing that seems to have slipped peoples minds is the new laws regarding all new petrol / diesel vehicles that will be history come  2035 (i think) this surely will have a huge effect on old marques and their values, even though technically they can still be used on the roads the next generation i believe wilk frown upon such vehicles as they do not fit into the enviorementally friendly bracket
_________________
GTI-R-US.co.uk
In association with
Torque Of The South Motorsport

Posts : 4053
Join date : 2012-05-05
Location : B's workshop thailand
I think UK 2030 plan is fantasy, electric cars are junk and batteries far from environmentally friendly lol .
Main thing ruining it is stupid emission rules and manufacturers working round it with dpf's for example, they actually worse for environment, more pollution because more parts needed, a system that hinders potential economy massively just to collect particulates and blow it out on the freeway :-/ throw in constant running fault from them and you going backwards on pollution based on vehicle life lol .
As for car value, well if this comes into play used petrol and diesels will be in high demand used in uk unless fuel prices go crazy .
Lot of mechanics going have a load of useless tools lol .

Posts : 74
Join date : 2016-02-05
Location : Wales
Everything revolves around money , future car legislation too ,to keep manufacturers happy the Govt will quite easily introduce car scrappage for example ,this just brings forward sales rather than actually fix anything .
The whiole Green thing is now just a sales tool , the whole worlds economy is now a disaster zone , no one knows what to do , wealth has now been split along age and income divides .
Debt is now a monster at every level ,national ,business and personal , the traditional answer has been savings but now they are for the first time ever negative ....
the numbers are truly shocking and the fixes even worse ,europe is printing 60-80 billion a month ,US just as bad , UK the same ...interest rates an all time low ,they might as well give money away -lol
in fact some places its negative !!!!
Car wise , in 8 years over 30 billion quid has been spent and all as debt , but without actually owning the asset (car) , this is simply rolled over into a new PCP , and it climbs higher -this must go horribly wrong , the used values cannot be kept high with such production numbers "sold" each year,
The finance cos are offshore and avoiding VAT on car sales,the salesmen simply want commission , no one is looking forwards .
On top of that PPI provided another 30 billion -around 30 per cent of which was spent on a new car - There are hundreds of thousands of performance cars out there now; all in the 8 year old bracket -Jags ,Beemers,Audis, Mercs ,and on and on - They cant all hold value , no matter how much people may want them to.
So today an R8 may not be 20k but in three years time ? A Bentley is today circa 20k , a M5 ? supercharged Jag, RS ? AMG ? ,corvette? - Even the rarest of the rare Pulsar has some serious competition -and all will be falling in price .
Meanwhile the younger , new generation of car buyers are all skint , almost pushed into the no deposit , 150 quid a month PCP for a new car deal , like they wont also be skint 3 years later -lol
still skint -just sign up a new PCP deal

Posts : 955
Join date : 2013-06-17
Location : Enfield
Simple facts...
The older and rarer a car become, the more desirable it becomes.
Especially if it's a unique, different, some say iconic car.

Regardless of petrol/ diesel future legislation.
The so called scrapping scheme has been about for over 10 years. Nothing's changing just yet, at least for another 20years+.
Ford/BMW/ Audi are still producing brand new diesel cars.

The prices will rise, but we will also see a newer market to the Gti-r ownership/ buyers.
More mature, sensible owners.

You can just tell on the Gti-r forums/ Facebook.
The last few years, 1/2 have seen less of the stupid questions, can I wind up to 1 bar, less breaking of cars, less younger owners in general.
I have seen now more mature ownership, questions about restoration, having a good looking car, maintaining the Gti-r, and previous long time owners from late 90's to early 2000's coming back. These were the people who spent upto £15k buying their Gtir's back then, and prices all roughly now selling from £6k- £16k.
One sold the other month for £26k.

Posts : 4053
Join date : 2012-05-05
Location : B's workshop thailand
Who would want by a new car, they totally junk and waste of money. Anyone with a brain will by and keep running used as long as possible .

Posts : 753
Join date : 2013-09-24
Age : 46
Location : Aberdeen
I couldn't agree more with Mr B. All this hullabaloo about electric cars is just plain BS and playing the so-called environment card to win votes. Lithium supplies are a finite resource so we can't just decide to switch over to battery powered cars as the demand for the Lithium alone would make the cars an unviable prospect for the average punter. Not only that, just like any battery they have a limited lifespan. When that lifespan is reached you virtually have to rebuild the (6-7 year old) car to replace the batteries in it. This costs thousands of pounds to do and its to an old motor too!

I've had this exact discussion with my mate recently, I firmly believe battery cars will be dead in a few years time. The way forward (IMO) is cleaner fuel supplies, maybe Hydrogen if they can make cracking water cheaper. Maybe even Hydrogen fuel cells somehow...

I agree too that the price of good old fashioned petrol/diesel cars will only increase as new versions of these simply aren't produced, or at least not in such quantities. Unless the alternative fuel is sourced...

The sad truth is that we all own an older, rally inspired petrol burning Nissan that was produced in fairly limited numbers. With natural wasteage due to rust and cars being broken, that leaves an even smaller market for potential buyers to choose from ergo, prices go up. The era they were produced too would kinda dictate the age range of potential buyers. I think I was about 18 when I saw my first GTIR and loved it ever since. I'm sure there's a lot of people out there that are now mature (read wealthy) enough to afford one perhaps as a weekend toy for themselves. 10-15 years ago there was a heck of a lot more GTIR’s on the road and prices were weak so any ‘young loon’ could buy one and thrash the tits off it for a few months then flog it on. That just simply isn’t the case in the vast majority any more. Long may that and the current price hike continue IMO!!

PS – they’ll have to prise my umbrella out of my cold dead fingers!

@Mr B wrote:Who would want by a new car, they totally junk and waste of money. Anyone with a brain will by and keep running used as long as possible .

That would be the millennials , who when welding burn down the house , doing electrics create flash and bangs ,use spanners and end up in the emergency ward -lol