Its a black import with 74000 miles on the clock

Rear strut brace with a hoop over the back seats

That's it as far as I can tell but it came with a few aftermarket parts not fitted.

Its off the road tho as it needs a few bits doing, mainly the gearbox, it stuck in reverse so I've got that out this weekend and ill have a look at it in work.

I take my hat off to those who can get the box out without pulling the whole lot out as I did, I got cheesed off and was spending more time thinking and less time doing and logic told me just to take the engine and box out

Yes it was definitely easier, and I've got a four post ramp too so it was almost smooth sailing untill I realised the ramps weren't far enough apart and couldn't get the engine and box through "doh" but I got there in the end.

I'll definitely give the engine a once over, I don't really want to take it all out again not long after its gone back in ha ha.

Posts : 4047
Join date : 2012-05-05
Location : B's workshop thailand
I would 100% do rear hoses and water pump as if originals they are close to end (oem hoses best option and not much more than silicone), would do clutch master too as adl do them and not expensive.
Keeps reliability and saves a lot of ball ache ...

Posts : 62
Join date : 2016-11-09
Yer well if they don't look perished ill leave them to be honest, I may be eating my words at some point but I believe in "if its not broke don't fix it", though I will do the water pump if it hasn't already been done. The owners previous to the guy I bought it off spared no expense when it came to servicing it so its in pretty good nick.

I fixed the problem anyway, the selector had jumped out of position as I flicked from first to reverse too quick while moving it back and forth. And also this could of been rectified in situ, as I pulled the reverse light switch out to see why the box wouldn't split all the way, the selector was staring me in the face, so I pulled the whole lot out for nothing, I could of cried. But its all a learning curve and now have access to hard to get to parts such as the rack which is leaking so ill reseal that before the lot goes back in.

Posts : 1433
Join date : 2013-12-29
Age : 41
Location : Wigston/Leicester
+1 on rear hoses... At some point one after another burst on mine cos of this had to do head gasket and trust me removing Intake manifold just to change oil cooler hose

So I've been digging through the folder of receipts and found its got a RPS max street clutch kit fitted back in 2005, they any good? It feels heavy but was working fine so I'm assuming that's because its uprated.

There's also a spot lamp grill with it to but no lamps. Are there specific lamps that fit or can I get off the shelf universal ones that fit? 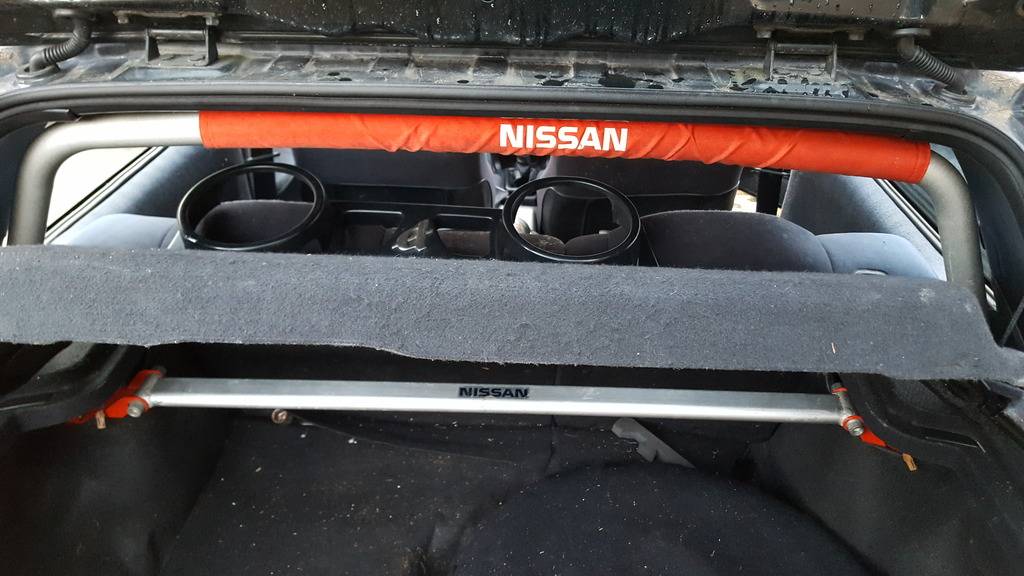 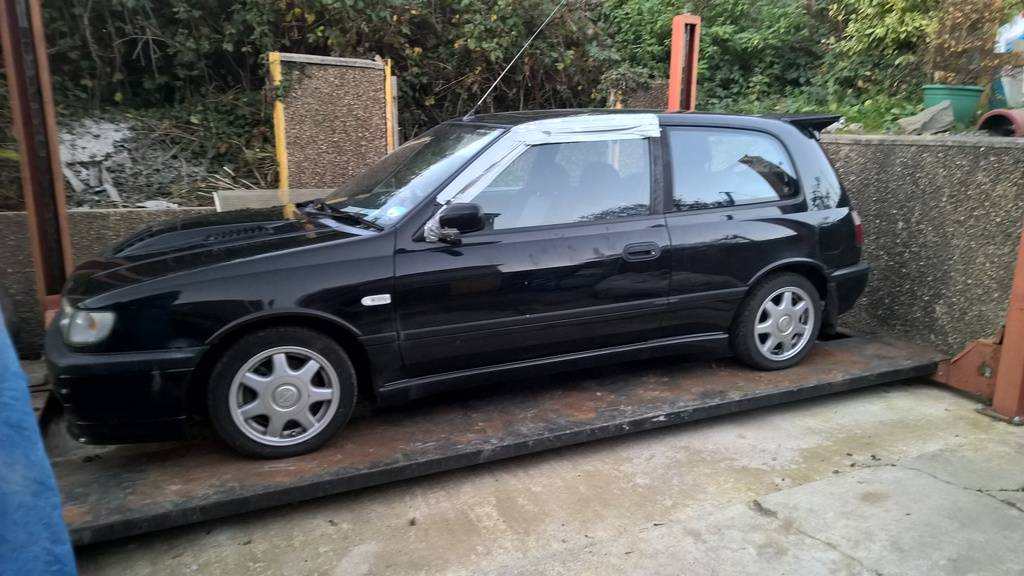 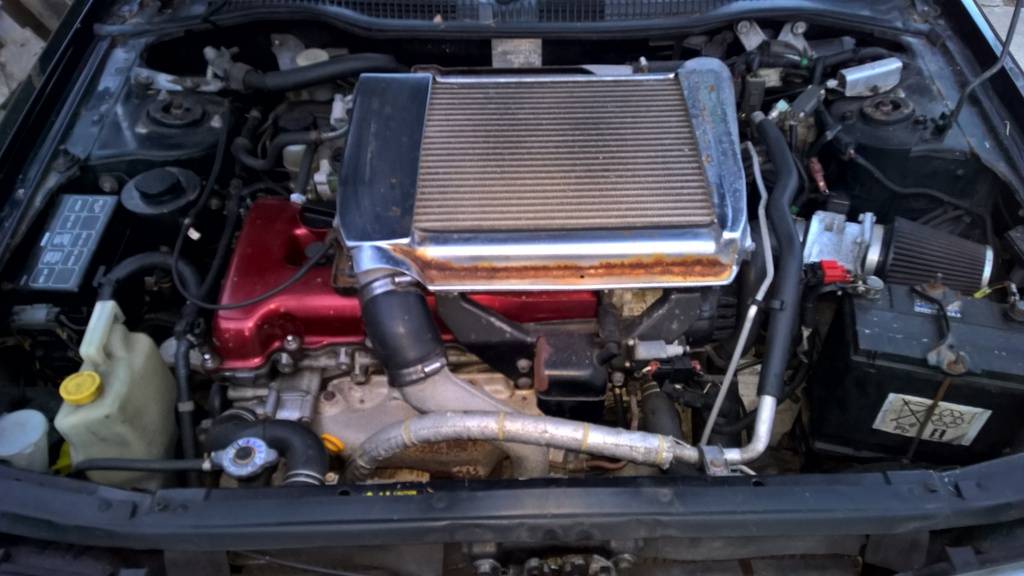 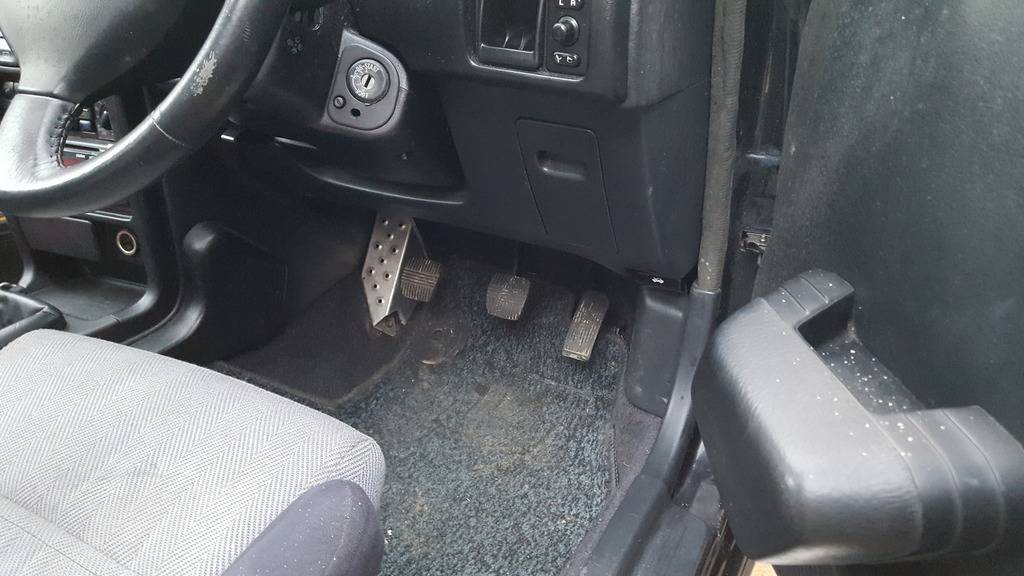 Sooo, ive fixed my window problem, twas the drivers door switches not working and was pointed to some on ebay for a four door and they worked

Posts : 62
Join date : 2016-11-09
Thanks, yeah the tape is on both windows and the car had been parked up for 18 months outside so the tape had gone to like powder but the glue is welded on

@danno wrote:Thanks, yeah the tape is on both windows and the car had been parked up for 18 months outside so the tape had gone to like powder but the glue is welded on

Try using some tfr or lemon oil to remove the glue.
Only tet patch the lemon oil in a small patch first tho as it is strong and may melt the paint.
We used to fill plastic cups with the stuff when I first started work and the cup would melt over an hour or so.
_________________
Back again

It also turns out that i have a complete fog lamp set up, it was all in a carrier bag that i thought was just full of wires lol, but its in bits and the brackets are bent out of shape so they'll need sorting out. 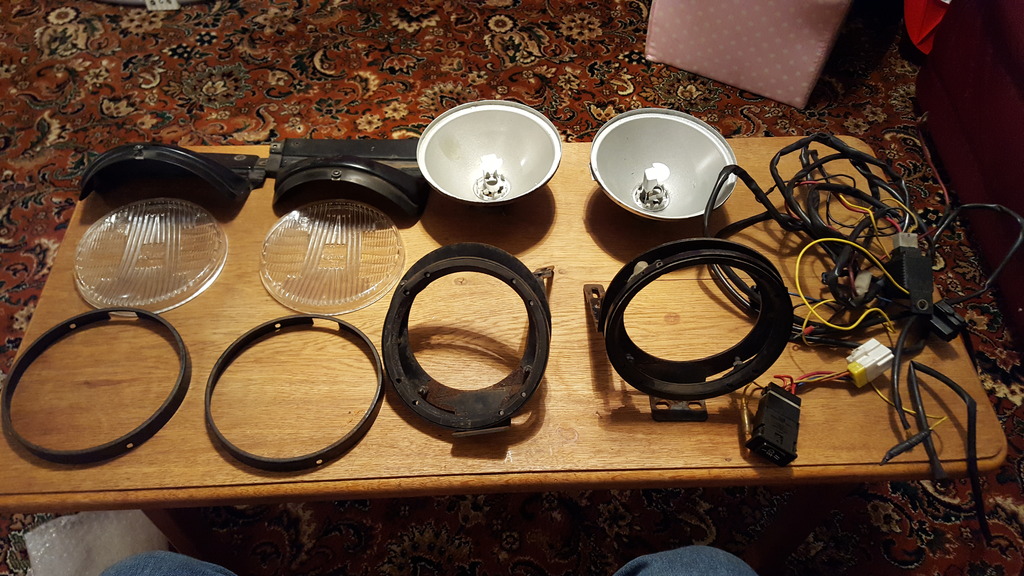