Posts : 151
Join date : 2017-01-10
Hi everyone, I am picking up my Pulsar Gti-R on Saturday I am looking forward to getting it. I have been on the forum a few days now and have been searching and reading up on a few things. I already have a question about the ecu that is in the car but will post that in the correct forum. Currently own a 355bhp Honda Integra DC5 too, so this will be a big difference i am sure. Will be good to compare them. I will get pictures of the car when I get it saturday, it is a black GTIR with a few engine mods, does not have a cut front bumper so looks standard enough.

Posts : 955
Join date : 2013-06-17
Location : Enfield
Welcome on board.
350 + Honda Intergra.
Which version?
Guessing a turbo or supercharged vtec.
Do you just want 4 wheel drive, as I m sure you will need a 350+ Gtir to keep up with a fwd car of that power once rolling.
Or guessing your fed up of going no where in gears 1-2, especially in the wet.
Even with diff, bet you must still struggle to put the power down.

@Andy Sunny Gti wrote:Welcone on board.
350 + Honda Intergra.
Which version?
Guessing a turbo or supercharged vtec.
Do you just want 4 wheel drive, as I m sure you will need a 350+ Gtir to keep up with a fwd car of that power once rolling.
Or guessing your fed up of going no where in gears 1-2, especially in the wet.
Even with diff, better you must still struggle to put the power down.

It is a Honda Integra DC5 Type R

You are correct in that assumption. It is Rotrex Supercharged runs at about 12psi.

Reason I wanted a pulsar was just the type of car it is. 2.0 turbo 4wd hatchback. Was king of the road back in its day, and you get insulted just by looking at that bonnet and rear wing, who wouldn't want one.  I also think the fact it is so rare on the roads now a days makes it more desirable. I just think it is a class car to have. I have wanted one since before i learned to drive!

You are also correct. I get nowhere in 1st gear in the DC5 way too much power for the front wheels, sometimes get grip in second, with the correct road surface and conditions!  I do have a Hondata boost control solenoid and a Turbosmart waste-gate, to let the air out of the boost pipe but never fitted it yet, that should fix the 1st gear problem . From my test drive of the pulsar the Pulsar would have it quite easily in 1st and second, but I am afraid in 3rd 4th and 5th the pulsar would be left behind (well the pulsar i am buying anyway), I reckon the one i am getting is around 310 bhp. If I could combine the launch of the pulsar and the speed in the higher gears of the dc5 you would have an animal of a car

Here is the DC5. I can post more about both cars, when i get the Pulsar and have a few pictures and stuff

@typeritr wrote:Was king of the road back in its day, and you get insulted just by looking at that bonnet and rear wing, who wouldn't want one.

ive had pulsars for years and still in love with the little bags of shite lol
Got a Gtr35, 2 r32s, Tvr Cerbera v8 plus a host of other types of loony machines

Recently bought an ep3 which is currently running n/a a proven 244bhp but also recently bought a Honda Prelude 1988 model with the pre vtec 2.0 engine which weve been playing around with.
Didnt give hardly anything for the car and noidea what power shes running at present as not had it on our dyno but il tell ya something.............By fook the thing really does shift and sounds awsome plus pops a few flames too so im in my element as every Chavs dream

Anyway hope the gtir impresses you as they are fantastic fun cars that really do go well once certain handling issues are sorted, they still put a big grin on my ugly chops even after all the years of owning lots n lots of them and constantly working on the things everyday which kind of says something!

As for what power gtir you would need to beat the dc5.........i would say a 300bhp well driven pulsar would easily do it off the line and probably for around 1/8 mile but then the dc5 will have gained full traction and start to power ahead of it, would hazard a guess you would need around 370-380horses to beat it in say a 2 mile straight race.

Posts : 151
Join date : 2017-01-10
Hondas are surprisingly quick!! Thanks for the welcome people, I picked the car up today and my initial thoughts are excellent. A few tweeks and mods here and there it should be good. There is a crack in the brake booster but he gave me a good one, as you can imagine though, with no vaccum I was a bit hesitant to do anything on a windy road!!! When pushing the brake the car revs up and down so think this is another sign it is the brake booster. Anyway I will start a thread tomorrow and list all the points initial thoughts and mods etc....

Posts : 6722
Join date : 2012-03-12
Age : 35
Location : morpeth (Newcastle)
Welcome to the forum I always had dc5 on my list of cars to own. Yours will be different to standard but closest comparison I can give  is B road driving against my mates previous car well set up old shape 1.6 v tec crx. I was running 320 bhp absolutly left him on straights but towards bends as I slowed he could carry the speed more constant so was faster through the twistys. So was fairly even. But after a while and got used to my car and done a few handling/brake mods he could not touch me proven one day by racing a kit car and R6 bike he was struggling let me by and I done the pair of them after a good chase. A pulsar needs In my opinion to be 350-360 bhp which can be very reliable with stopping and handling mods to get the best out of them.So I would say as they stand the teg will be best all rounder but They will both be very fun cars in different ways but learn to drive the R which will be different style and it will put as much or more of a smile 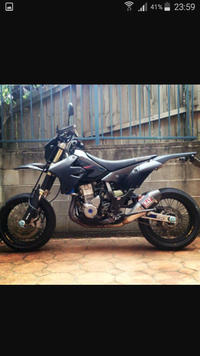 Posts : 7
Join date : 2018-02-20
I don't suppose you got the pulsar off a lad in rathmines ? I never got over to look at it and have been regretting it since, hoping to get a pulsar v.soon

Posts : 151
Join date : 2017-01-10
I'm the same guy. That is my pulsar in Rathmines. I have 2 pulsars, the one in Rathmines I was using as a daily driver but I just removed it for sale. Got so many people ringing me talking shite.
Also the turbo went in that particular car. I have a replacement turbo to put in over the next month though, so will be driving it again then. I would consider selling at again though

Re: New Member from Ireland