@gtir_woody wrote:Pretty sure those proportioning valves come in ABS and non-abs ones. When I removed ABS from one of my old pulsars, I swapped to over to a non-abs one.

Doesn't really matter if you keep the ABS version really the only difference between the 2 is looks, both ABS and non-abs prop valves have exactly the same brake bias. I'm still running the OEM valve even though Ive removed the ABS entirely.

Posts : 54
Join date : 2014-03-17
Age : 48
Location : South Yorkshire
I've been progressing slowly with the rebuild making sure everything goes back together correctly, I
got a bit of time tonight to upload some pictures of the progress. 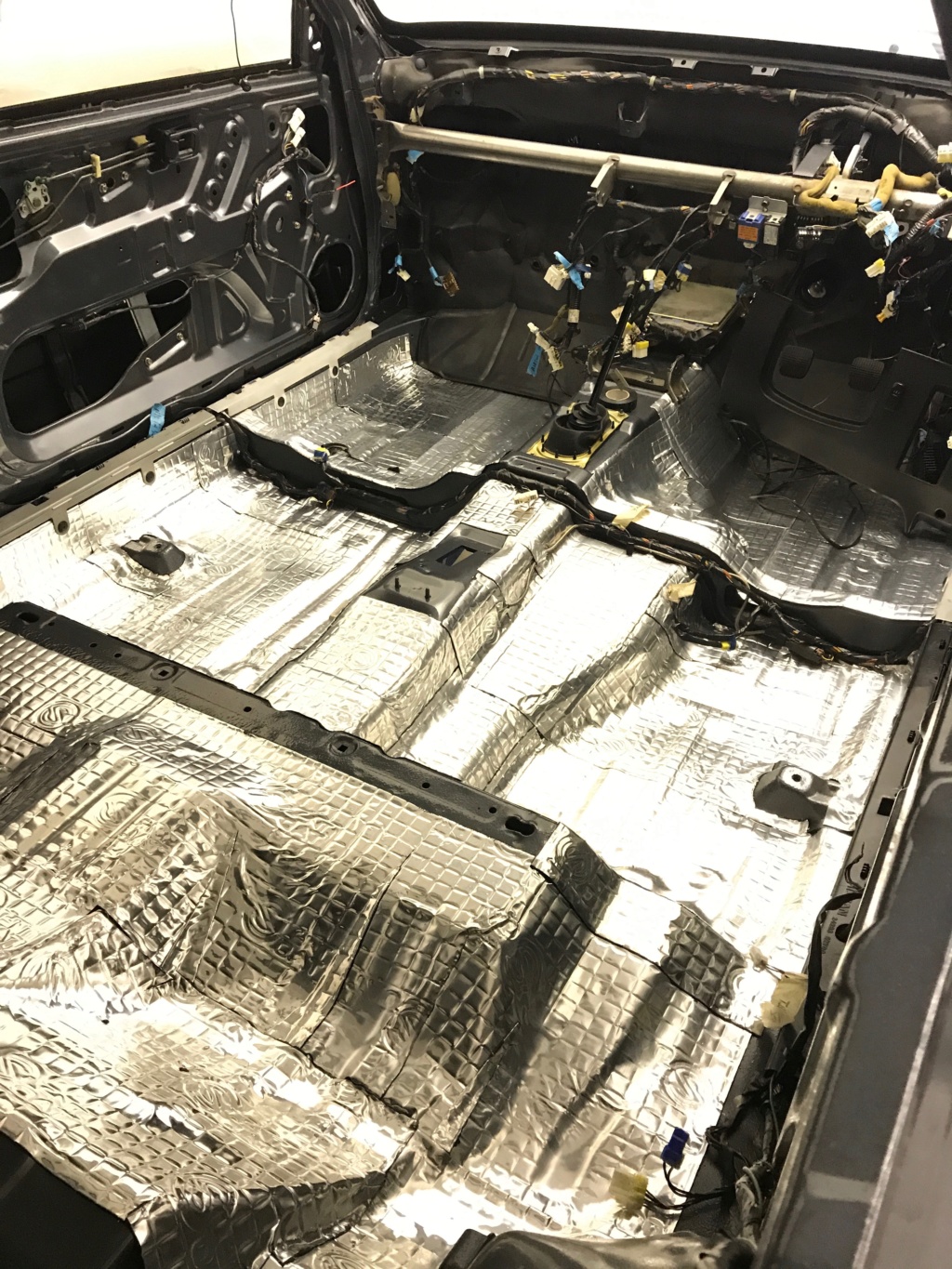 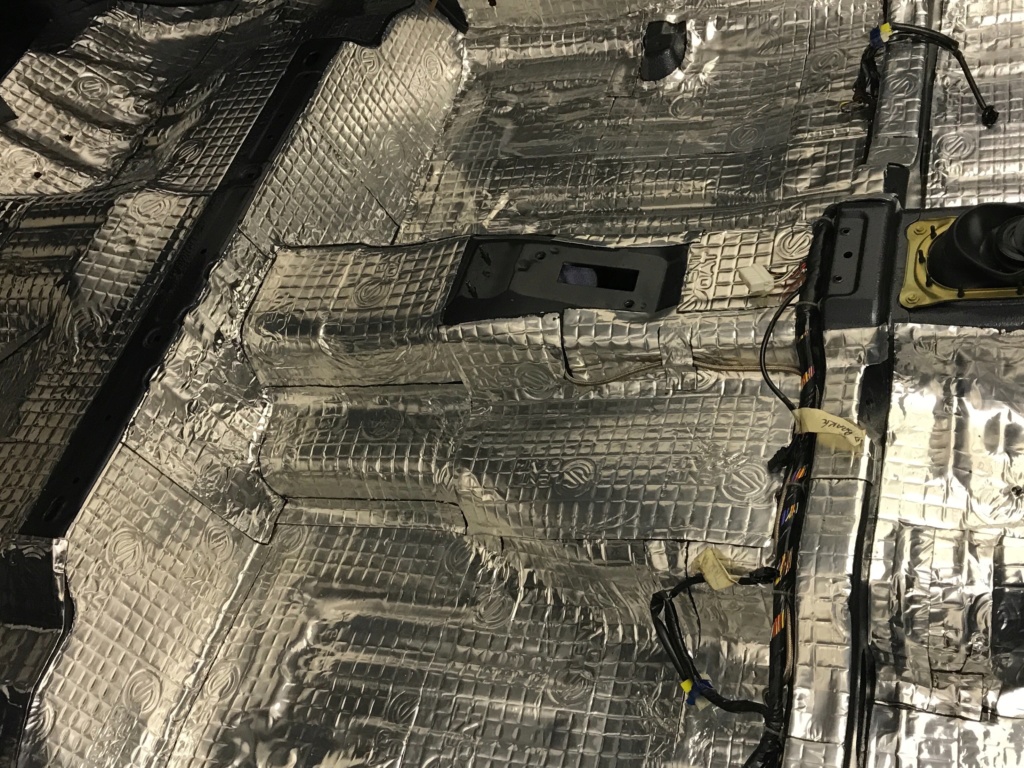 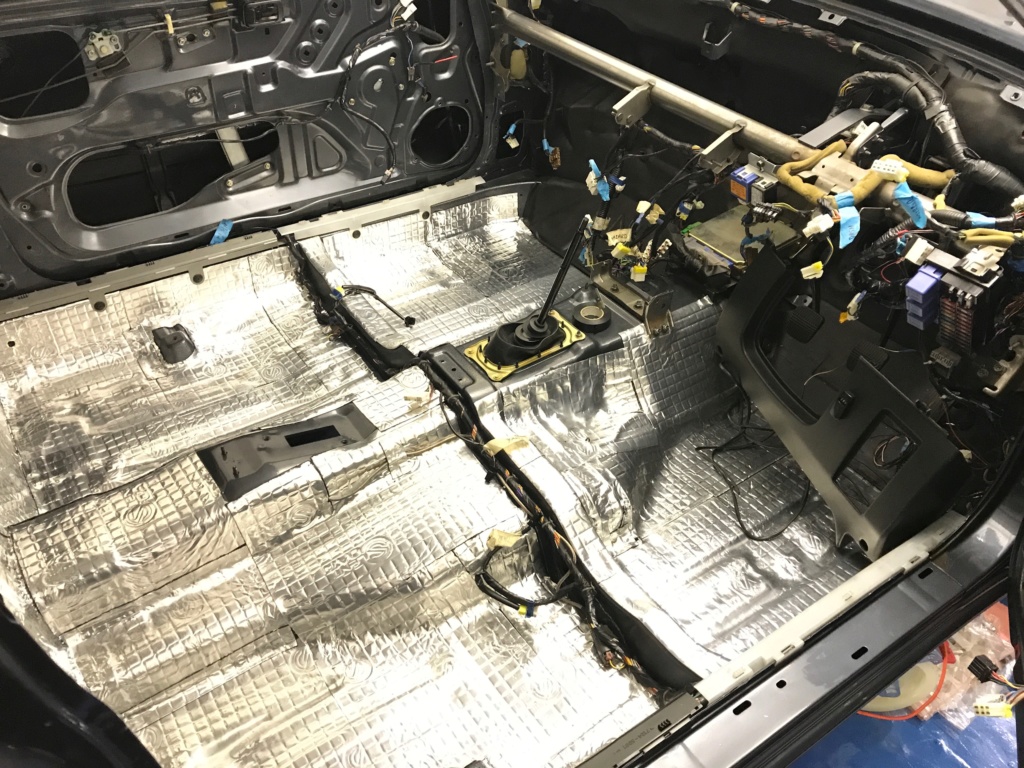 The wiring went back ok as everything was still labeled the only challenge I had was sorting out the spiders web of wires from the after market alarm and immobliser I had installed when the car was freshly imported, after re-soldering most of the connections and replacing all the cheap electrical tape with heat shrink it looks a lot more organised. 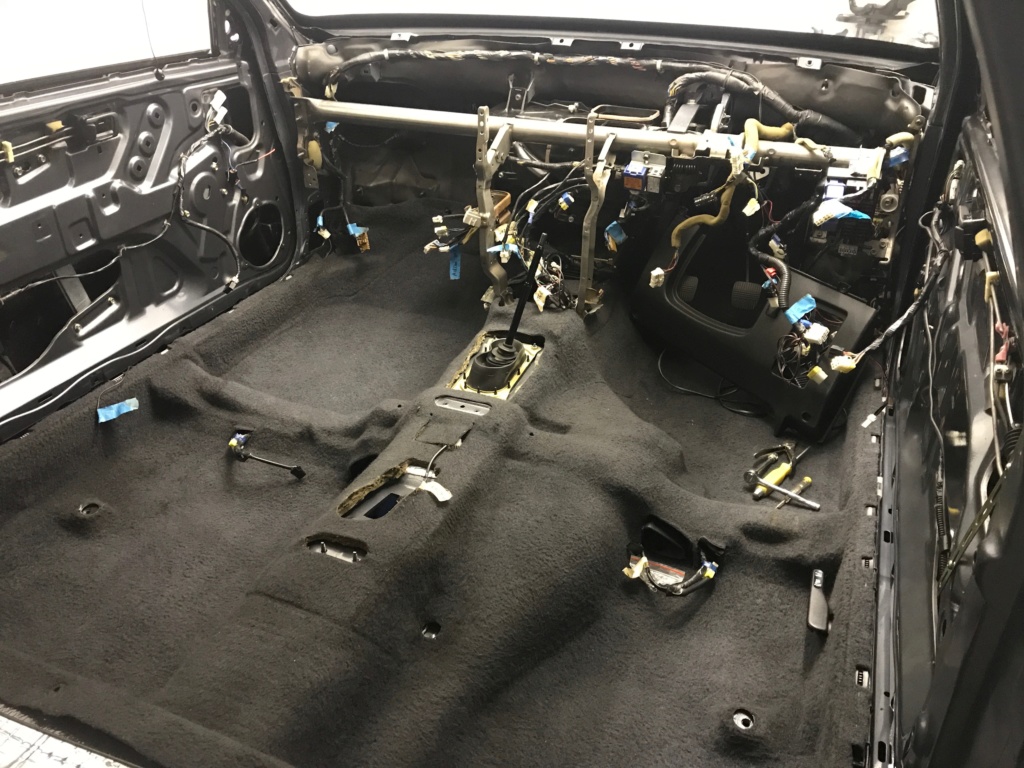 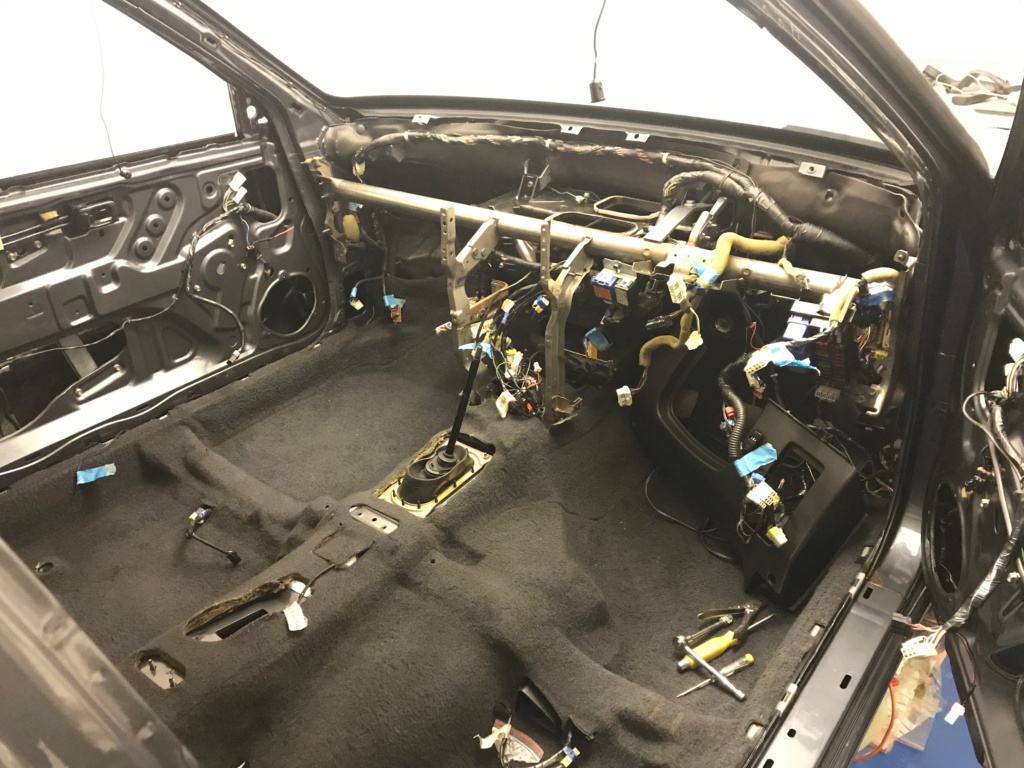 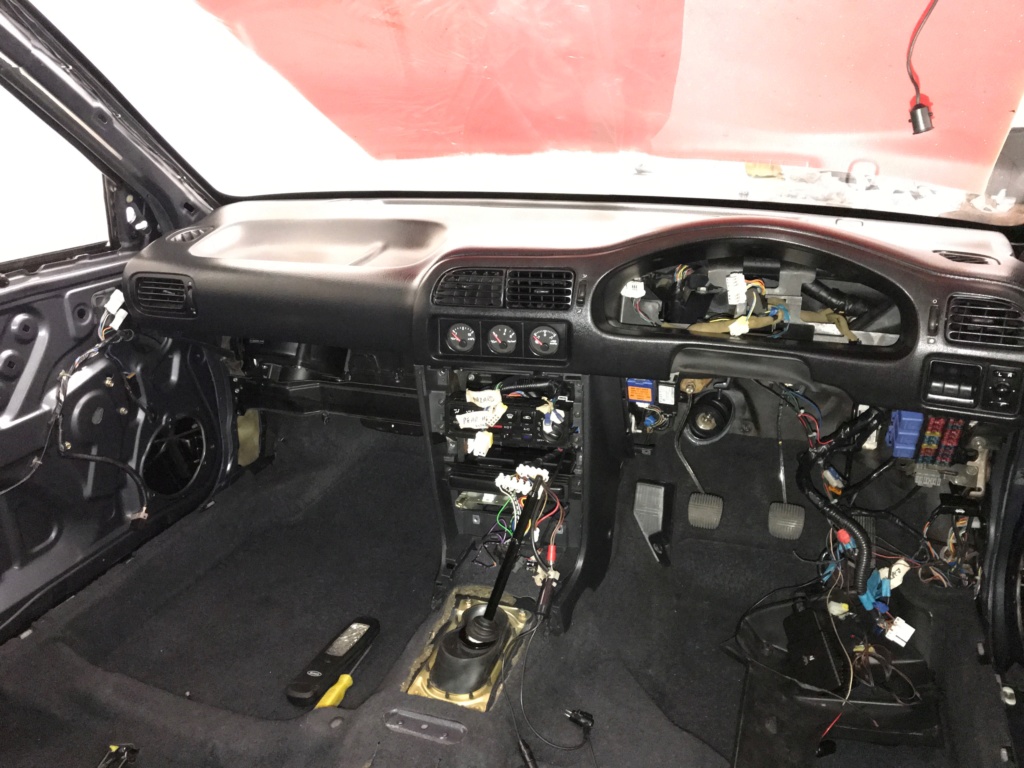 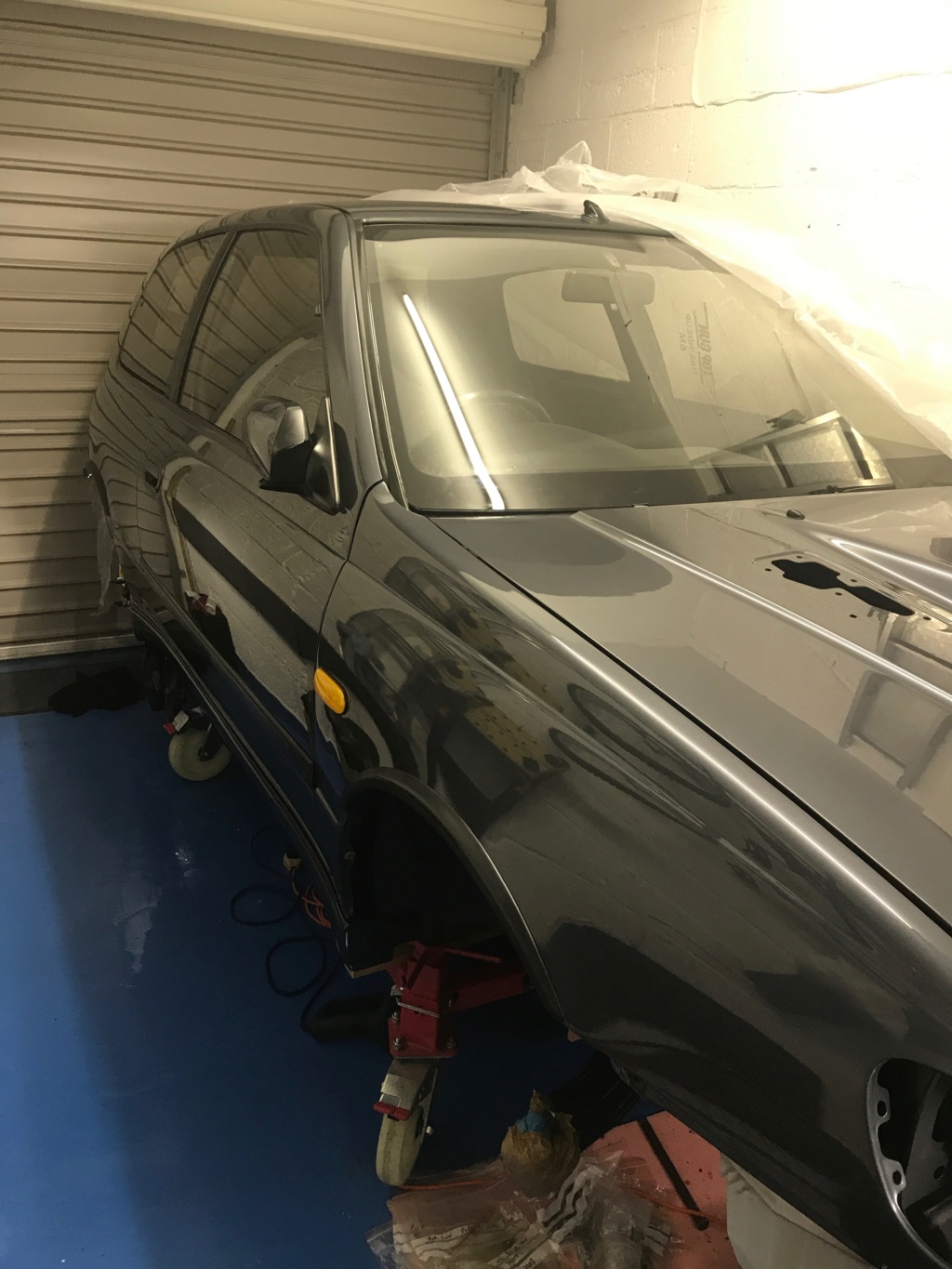 Can anyone help in telling where this goes, I've trawled all the pictures of the disassembly and can't identify where it's from. 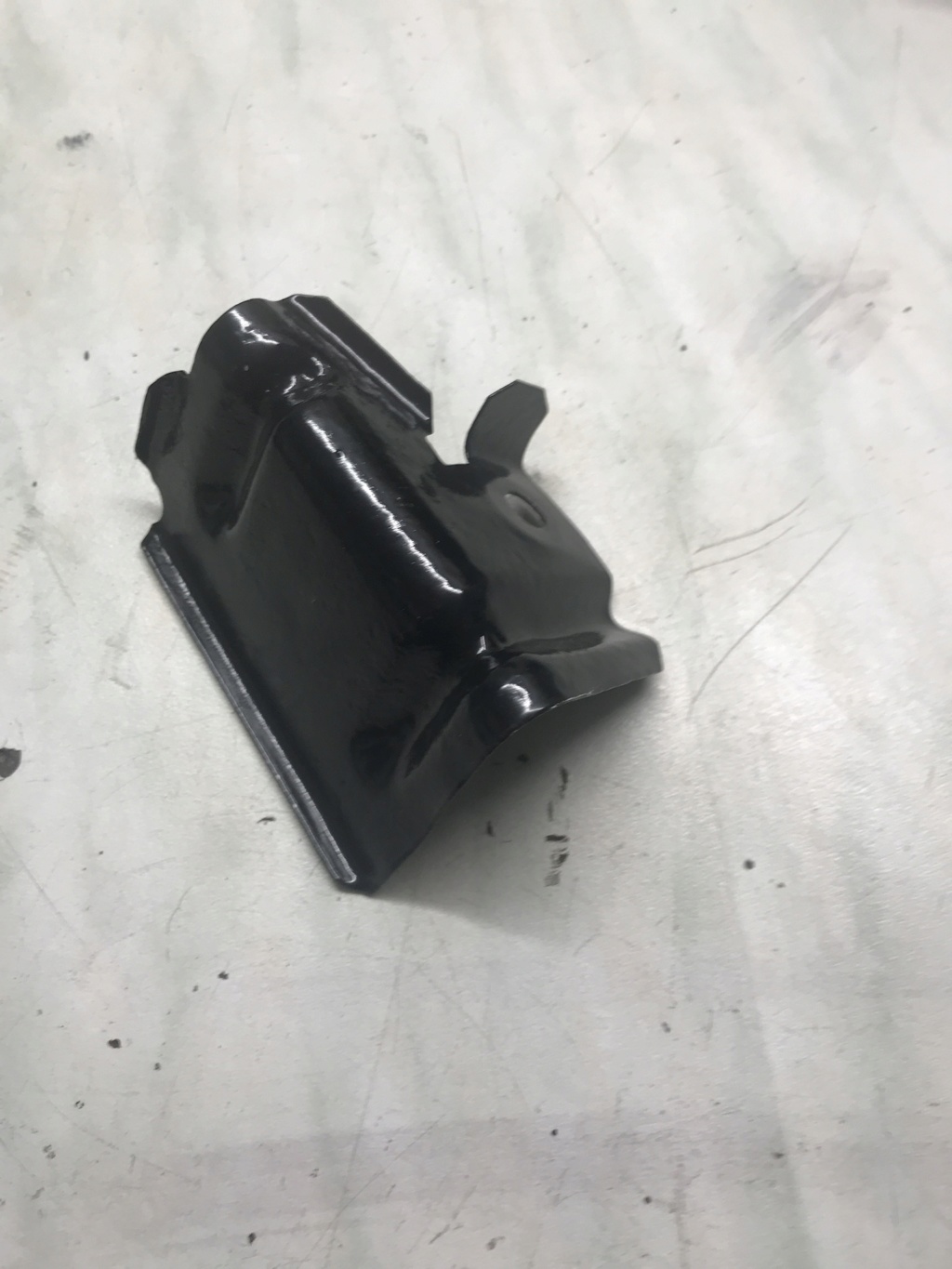 Posts : 54
Join date : 2014-03-17
Age : 48
Location : South Yorkshire
So i've been making slow progress over the last few months as it been a never ending task of cleaning and restoring small parts to go back on the car.   This week after coming back from my summer holidays I've planned to get in the garage an have a big push to move things forward starting with making the 3 main fuel pipes with the OEM spec pipe i ordered in from the States a couple of months ago.

I soon had these made up and installed. 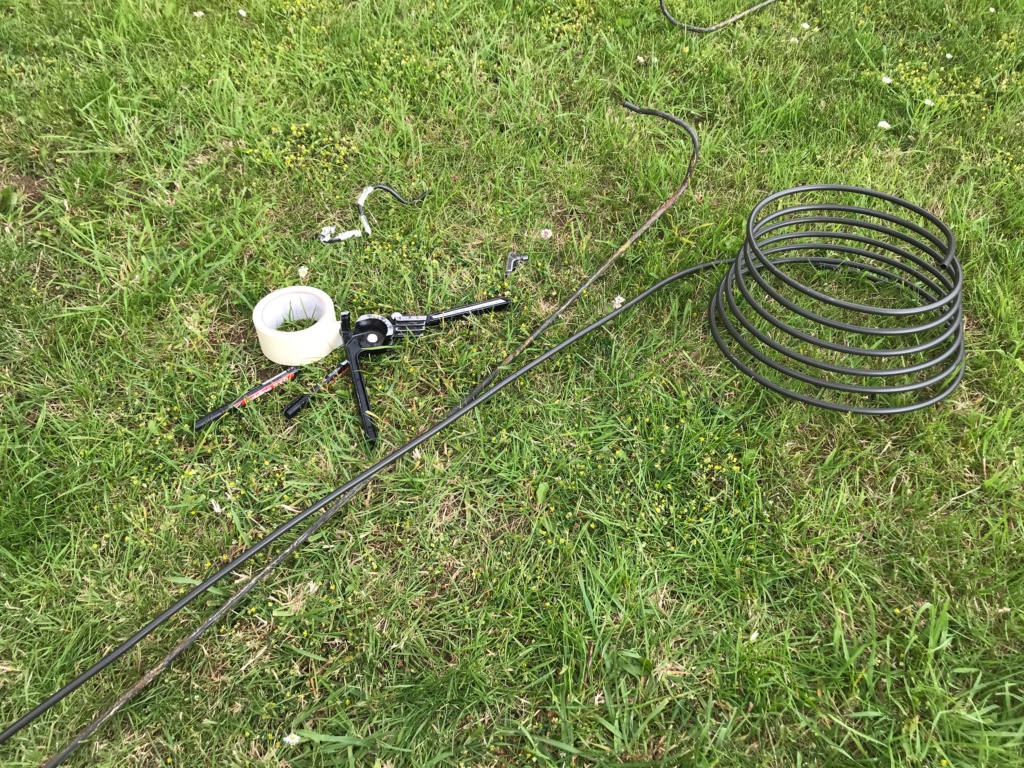 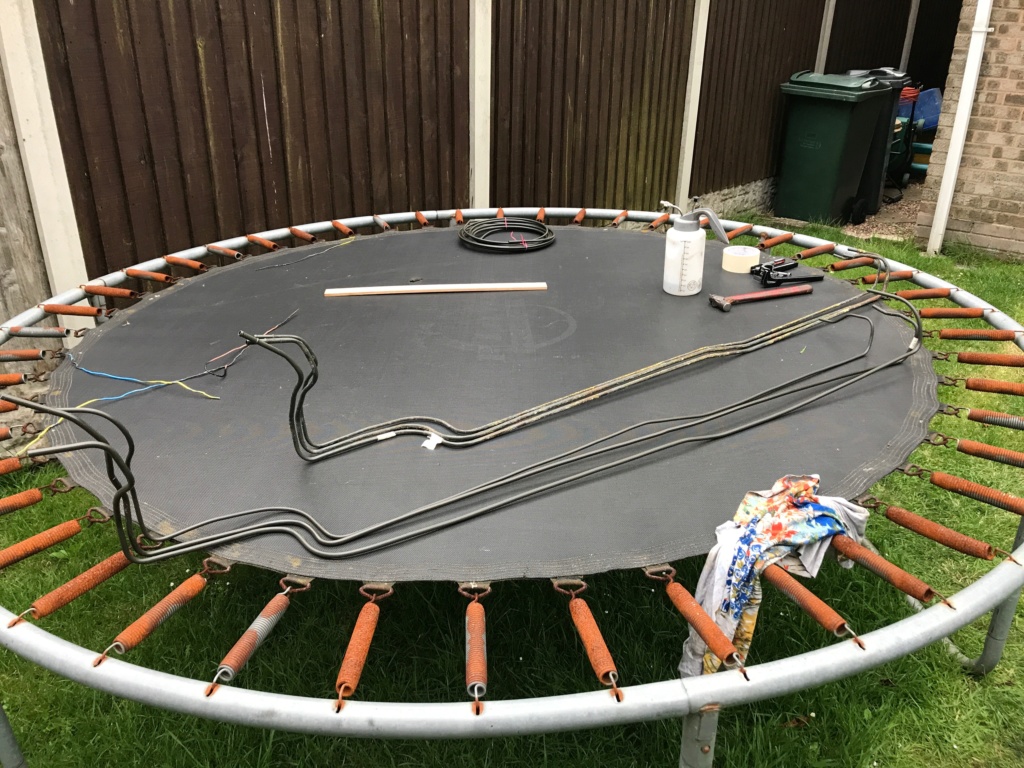 Once the fuel pipes were in my task for today was get the engine back in, it took a lot longer then the removal as I was desperate not to chip any paint in the engine bay.

Engine mounts all ready for the engine install. 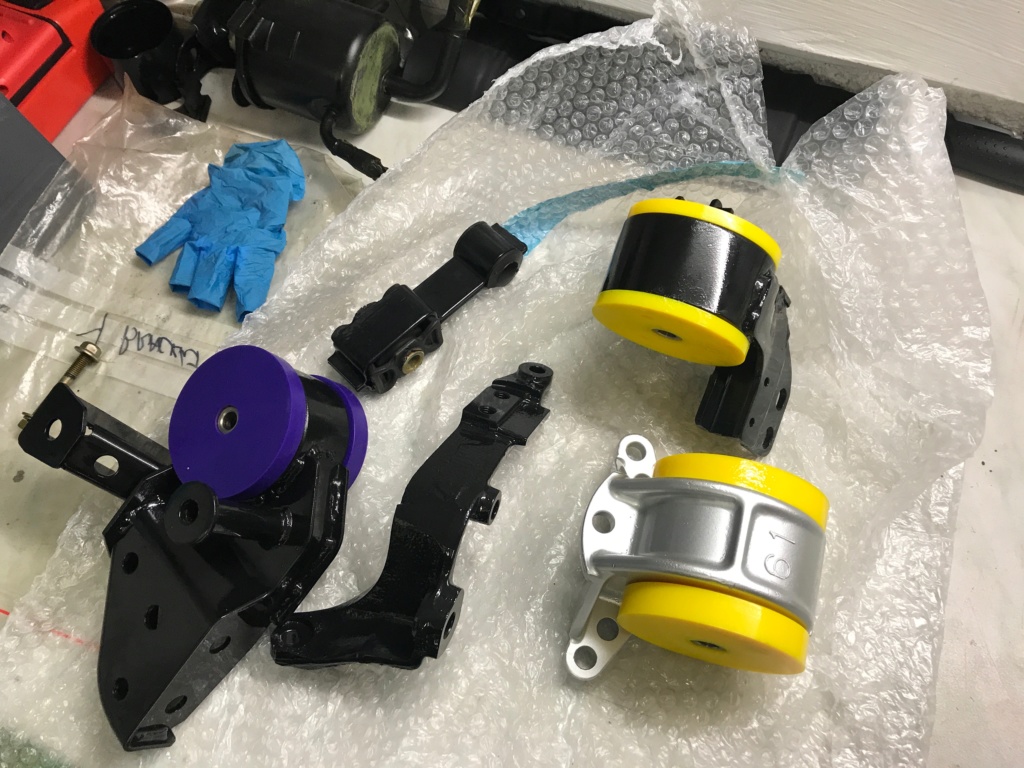 With the aid of the trusty fence post i lifted the shell up enough to slide the engine in and with few blocks of wood and a couple of trolley jacks and the engine was back in position. 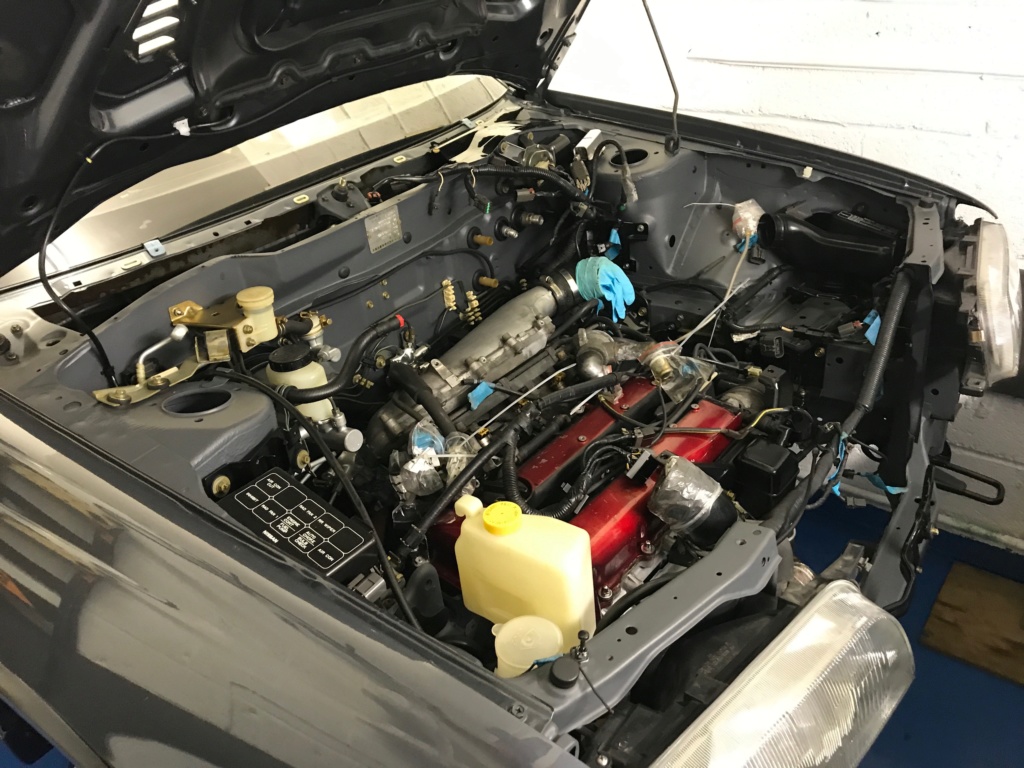 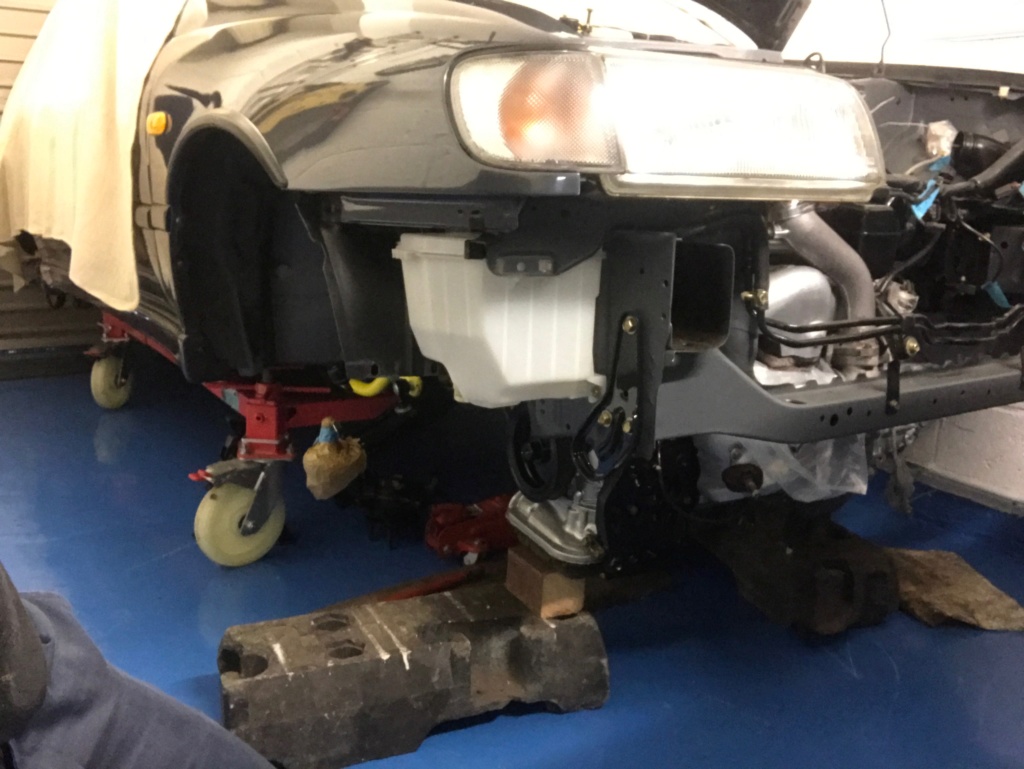 The plan is now the engines installed I can drain the oil and refurbish the oil pan, which looks a rusting mess. 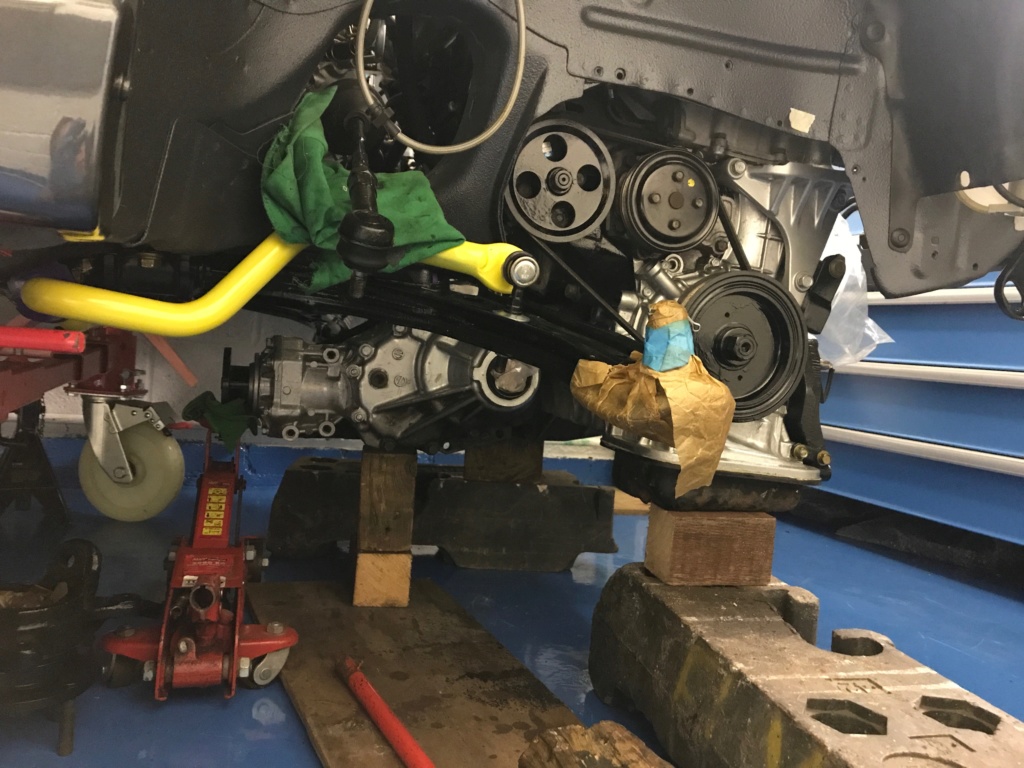 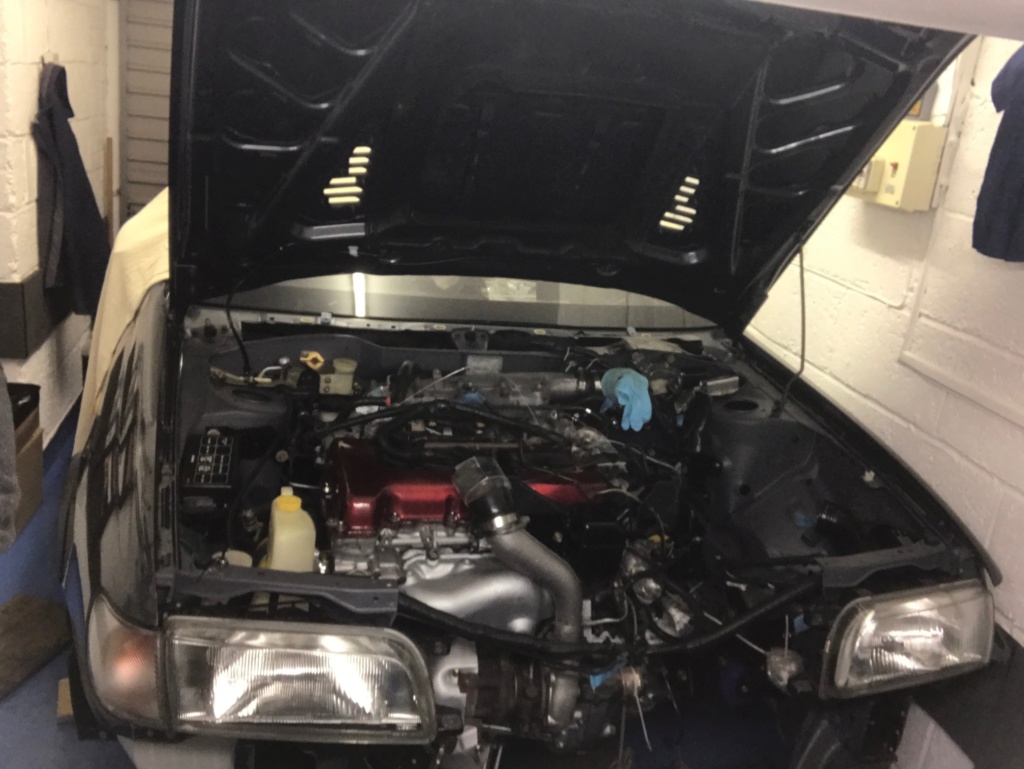 Engine finally in after 20 months tucked under my bench. 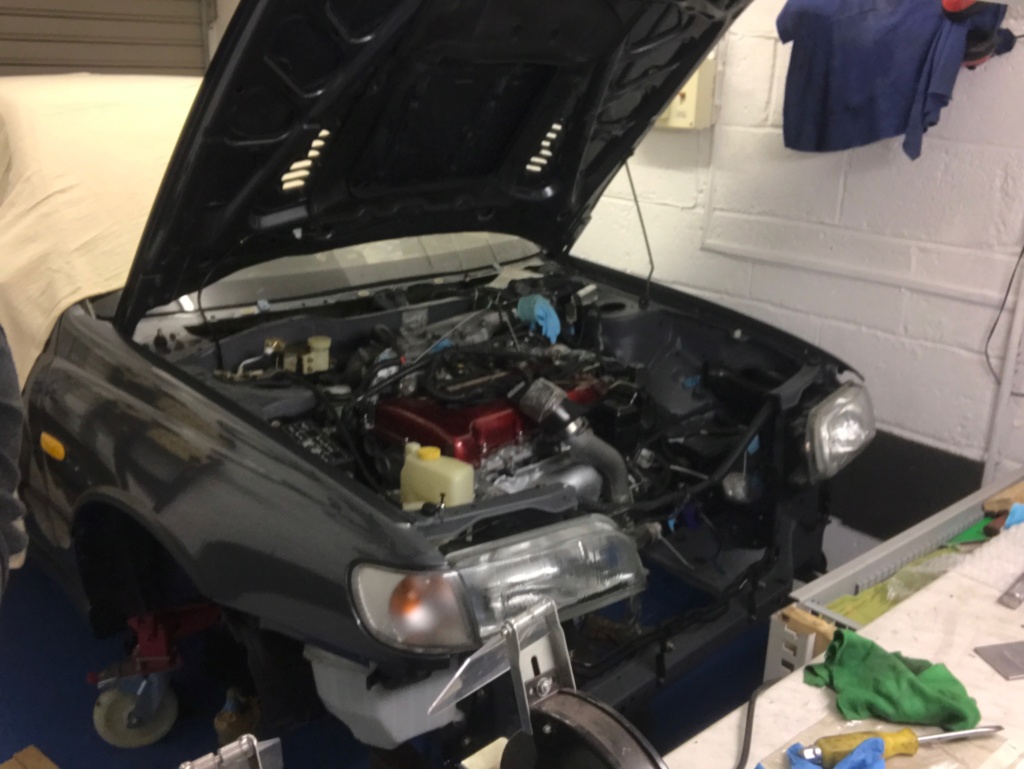 Posts : 54
Join date : 2014-03-17
Age : 48
Location : South Yorkshire
Thanks guys, I think getting the engine fitted was the motivation I needed as today I was in the garage first thing this morning an installed both front suspension assemblies and brakes with new discs an pads.  Everything went together easily I just need to bleed the brakes as a priority to allow testing of all the flairs on the replacement pipes i've installed. 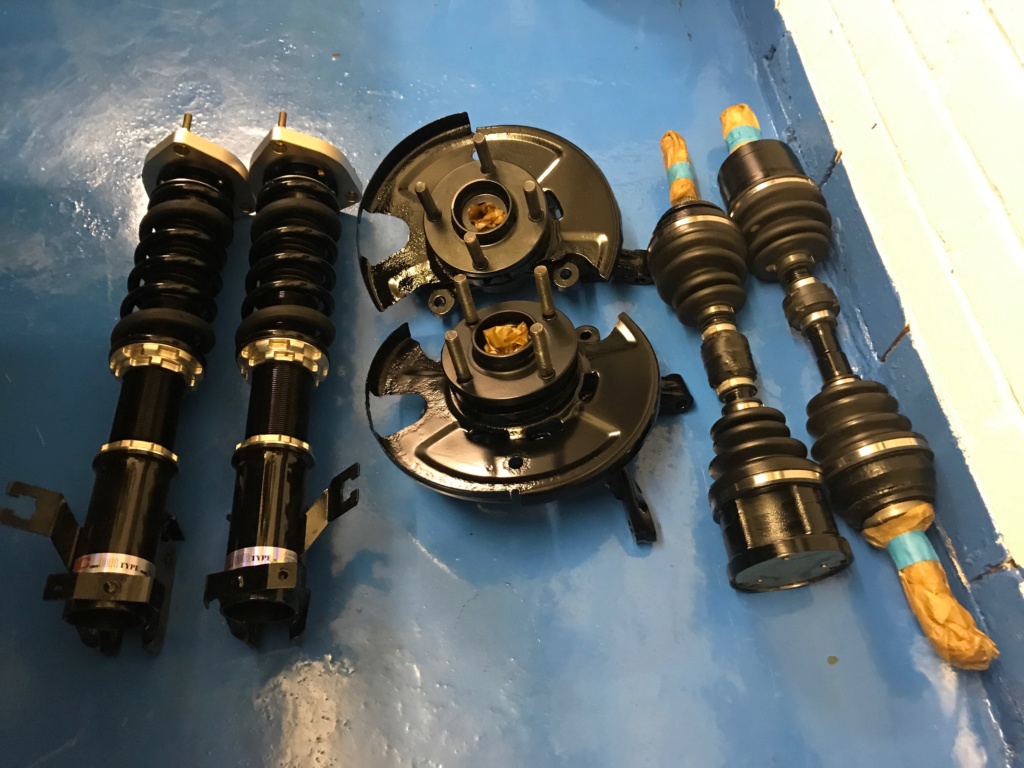 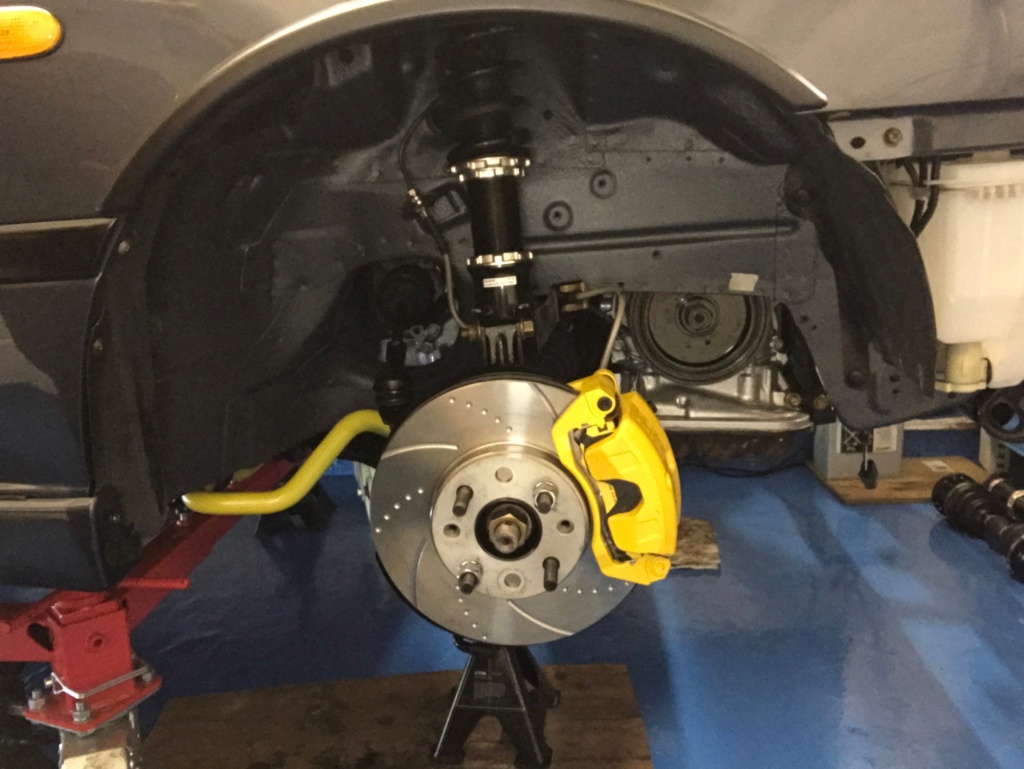 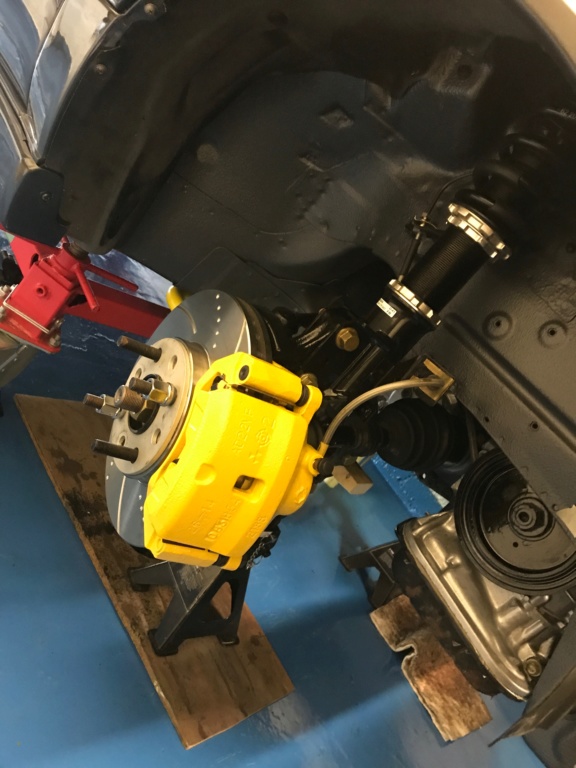 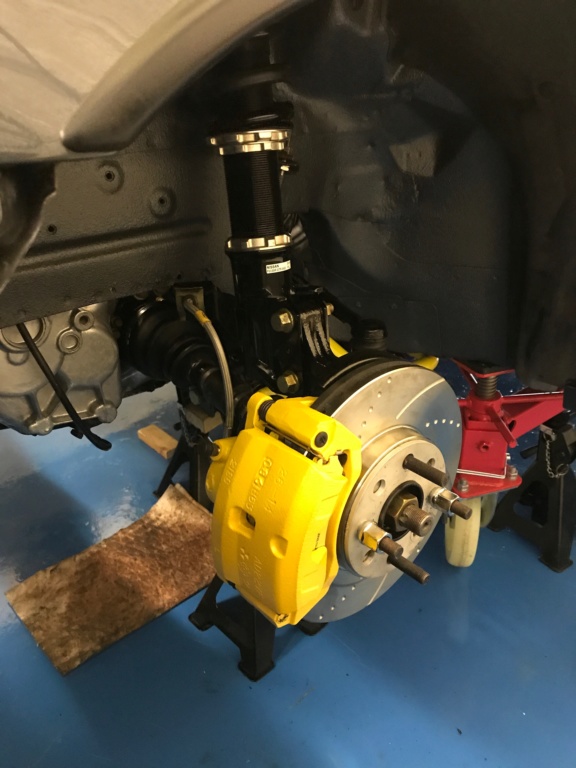