Another one for Neil to sort out lol

But hows this for a fantastic bit of gearbox building 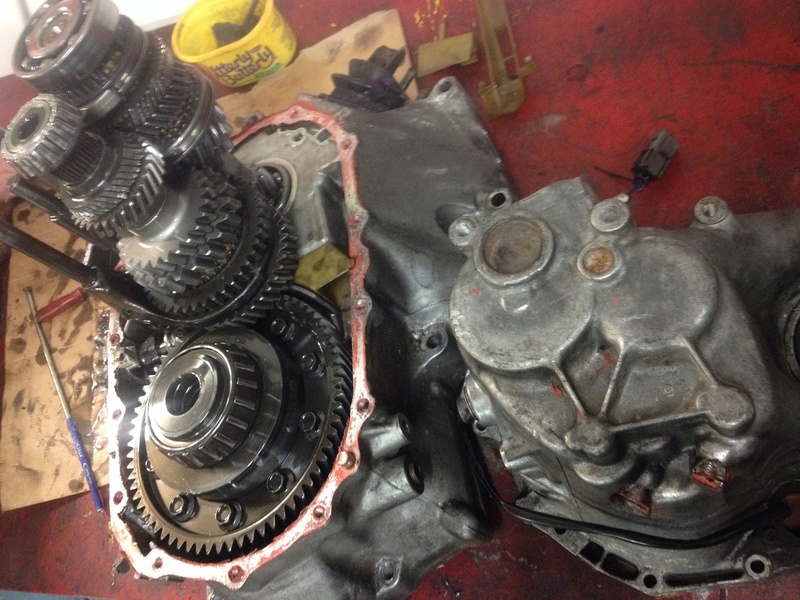 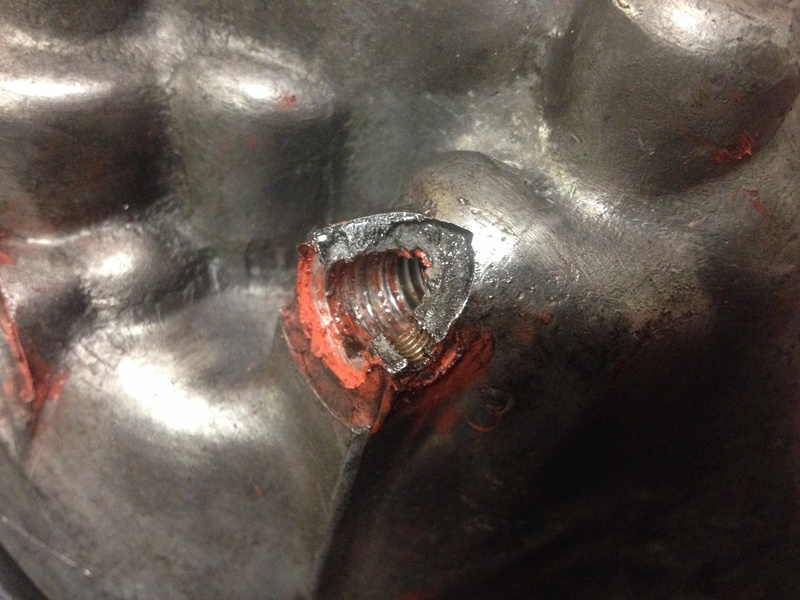 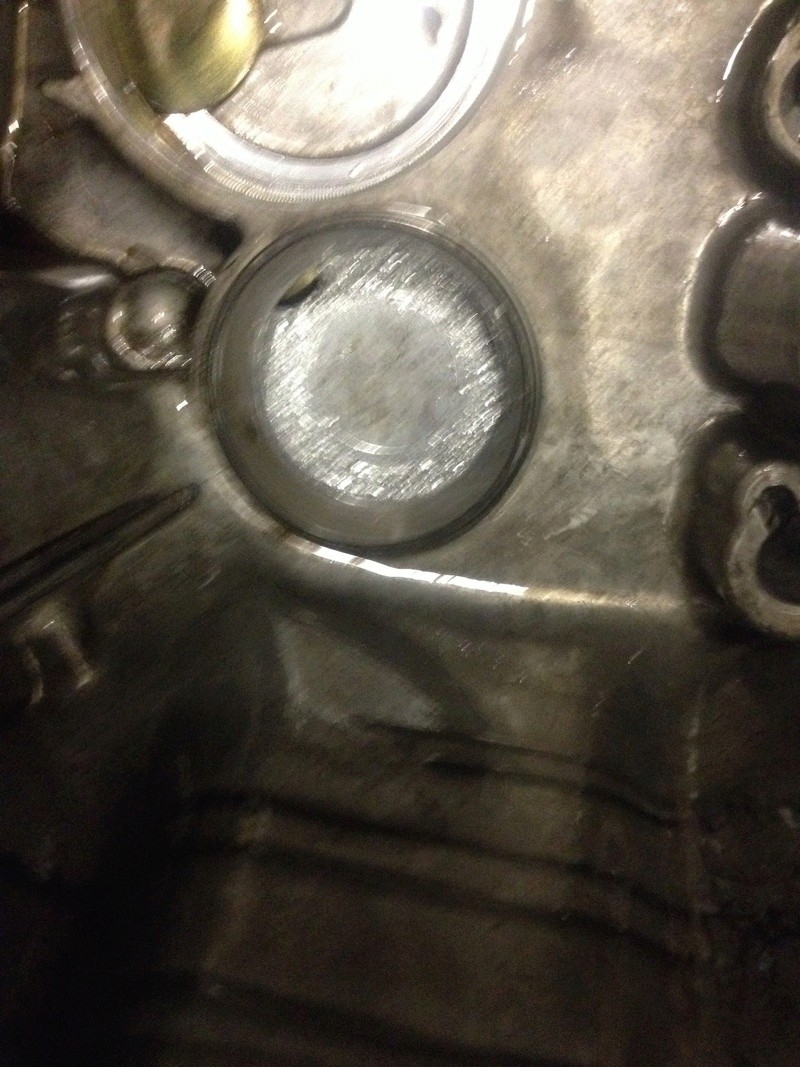 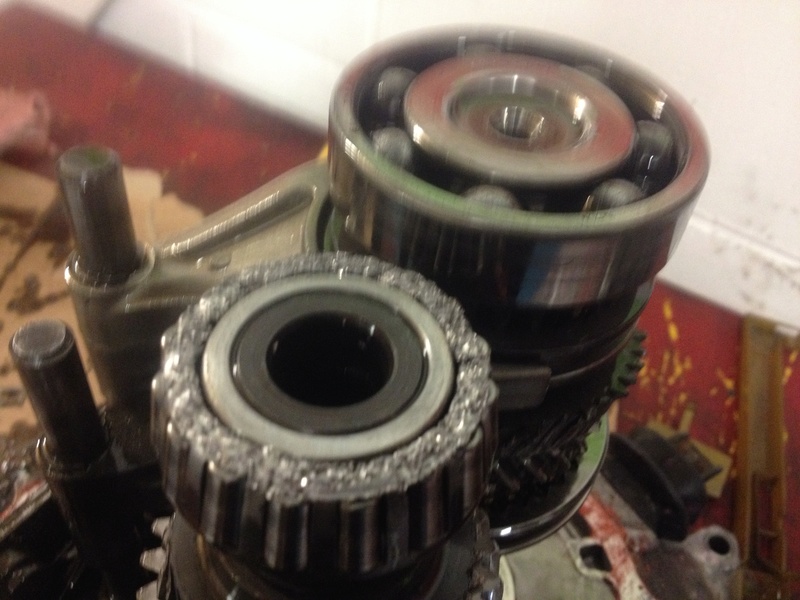 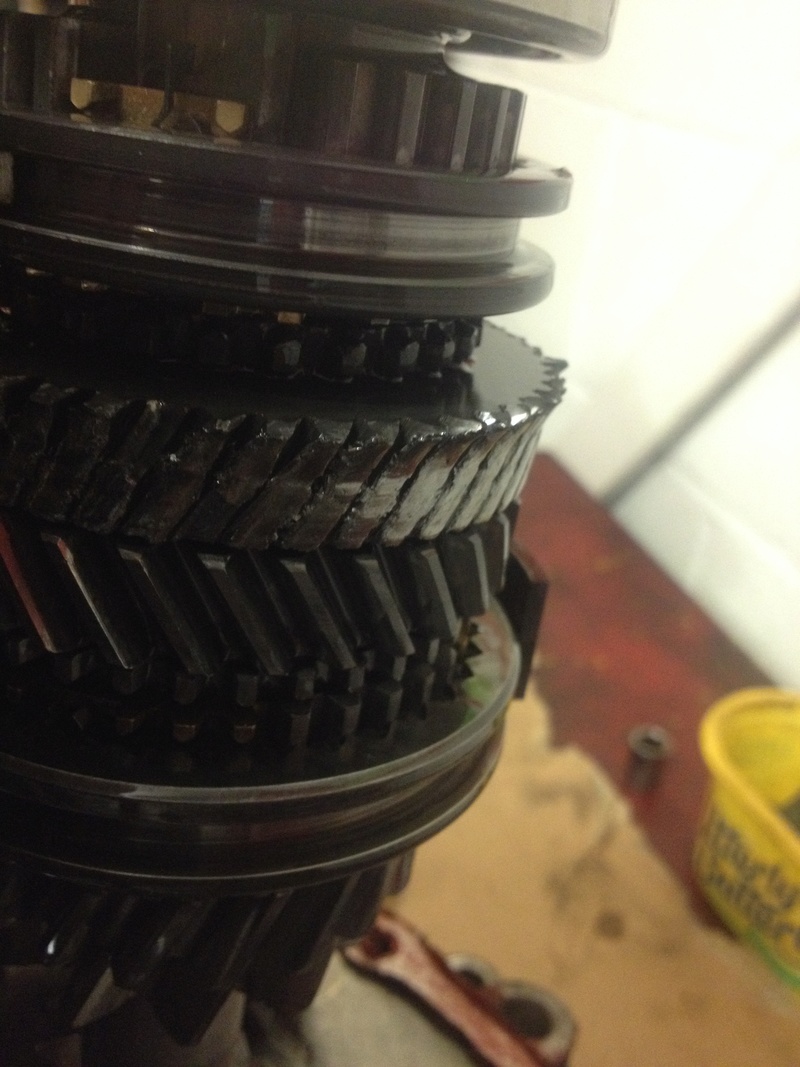 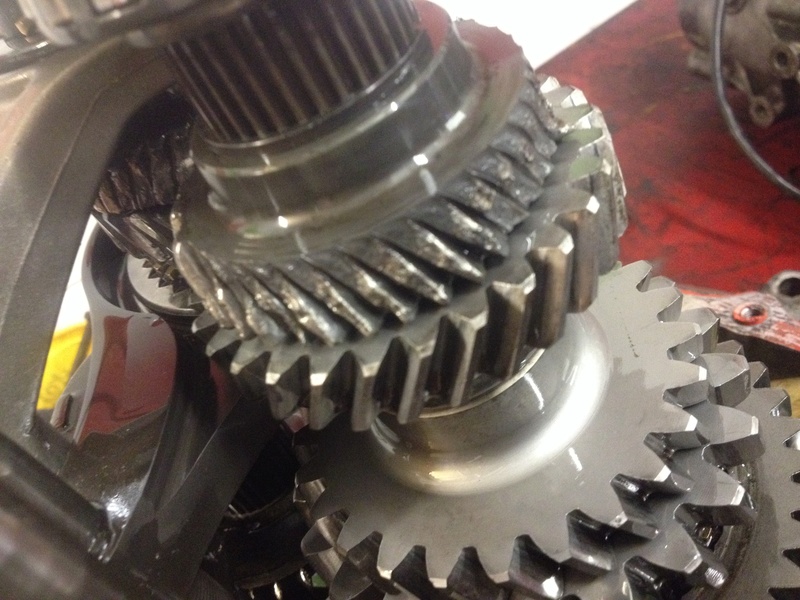 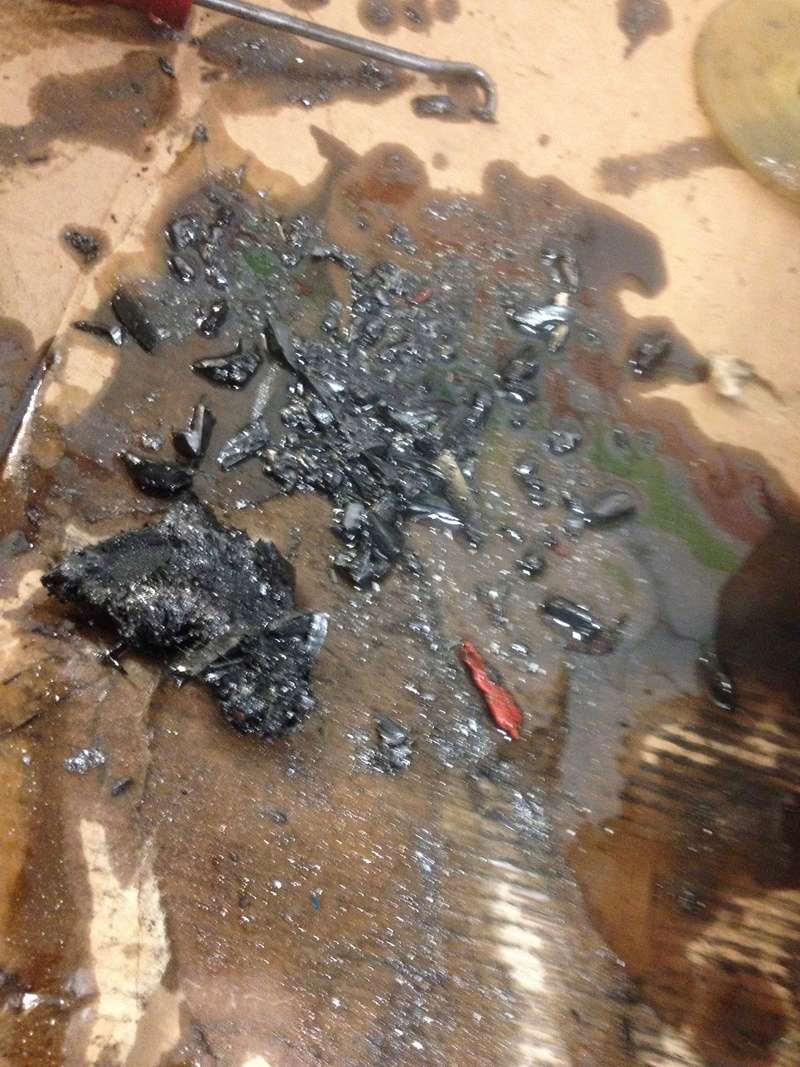 Other than having the gearset incorrectly shimmed in the first instance causing gearset to overheat, the other cause of failiure was this........ 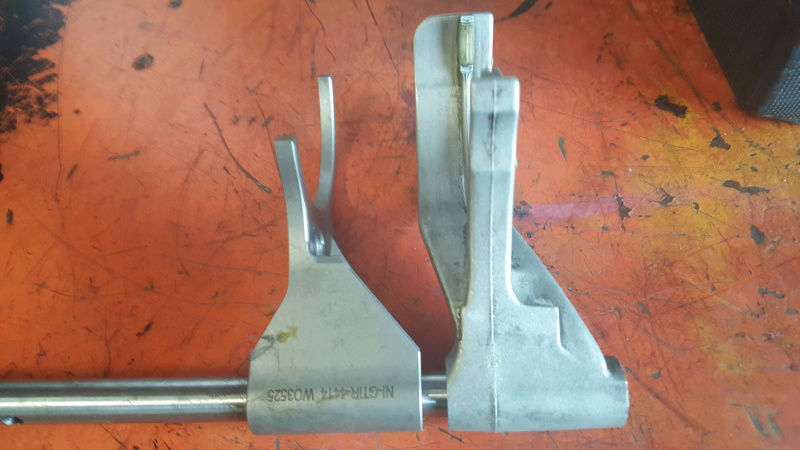 ........ppg uprated selector fork
This is not the first issue we have had with these things, they are extremely poor quality and this one has actually twisted out of alignment by around 1.5mm and in doing so has put an immense amount of loading on one side of the selector ring which had then cracked as youll see below 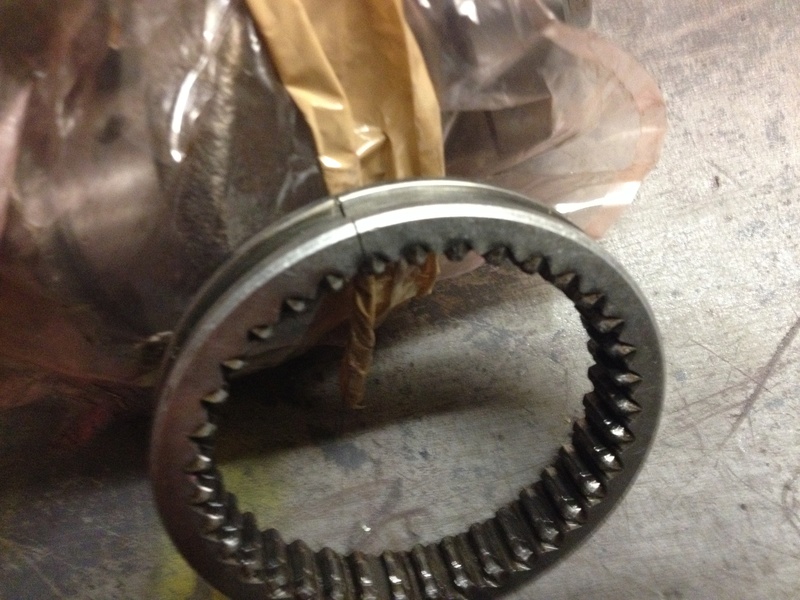 It has also damaged the synchro and baulk rings but luckily enough for the new owner he has managed to get away without having to buy a whole new gearset which obviously arent cheap!

So be warned guys.........These selectors that you pay a lot of money for are not really up to the job and thats not just my opinion but from the guys who normally do our geabox builds (a company thats been doing gearboxes since i was knee high to a grass hopper lol)
They refuse point blank to fit these selector forks because they are too short and do not cover over half the diameter of the selector ring so putting excess loading on one side, which will work fine for a while but over time will definately cause premature failure to moving parts or possibly entire gearset!

Below you will see the difference between a standard size 3rd 4th selector and the par one both fitted to a selector rod, the ppg one is even shorter than the par one below which is 28mm shorter on one side 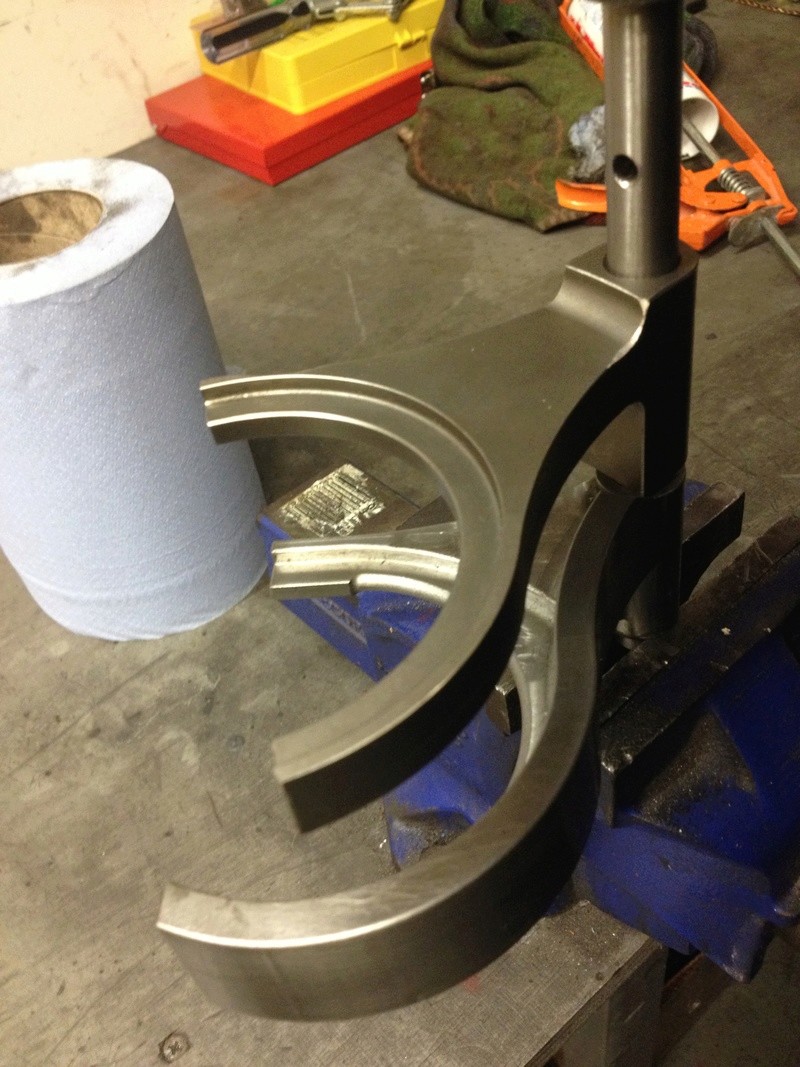 Posts : 753
Join date : 2013-09-24
Age : 46
Location : Aberdeen
yikes, and this car actually drove to you?!
I am far from being any sort of gearbox expert but I would imagine getting the end float that badly wrong would've been easy to feel by hand?
pretty shoddy workmanship really

Posts : 74
Join date : 2016-02-05
Location : Wales
Gear selectors : Firstly I must apologise for delays , I contacted Bob a while ago and offered to make them , firstly as I have a Gtir myself and the cost /quality/and availability of custom parts is simply non existent / huge cost .
At that time I had access to our machine shop , (aviation parts manufacture) with millions of pounds of CNC machines , all pretty much idle ! And my mate Ben who is the machinist and who also does CAD /CAM .
So to provide custom parts at absolute minimum costs ,and I mean minimum , to owners , and not for my profit , I offered to do some selectors (I also looked at doing a billet sump )
Bob kindly sent me some forks and a sump .
Firstly the drawings were done , if I could upload the picture , I would , then a first test piece was made , this was designed stronger than the original , in material and design .
This had to be sent back to Bob for a trial fit and clearance check in to a box , again if I could up load pics (new vs old side by side )
These things take time and people are always busy!!
In the between time - the machine shop closed down due lack of work/mismanagement , and Ben had to move to another job (still local) and in a CNC shop . I have also moved jobs and work in Europe .
However , we still have access to the machine shop - it's a crime that such machinery is laid idle now .
And Ben can still make stuff at his new shop .
The process of making the selectors is not easy , a few different machines are needed and prototype take lots of time - once done the CNC program can run off the items fairly quickly .
The drawings are done and the next selector pending , this also needs test fit and so on .
I am lucky that I have a good network of people that I've built up over the years and can pretty much get anything made or done , but the low volumes and complexity of most things and the speciality nature of these jobs always costs lots - people seldom want to pay the costs ,hence cheap eBay Chinese shit ...
This is a mates rates job , via the back door , but hopefully all comes together , you can bet I looked at that billet gearbox posted , and thought "just send me the drawings " - I have shit loads of T6 Alu ,LOL

Posts : 1141
Join date : 2015-10-04
Age : 48
Location : Warwickshire
Oh my days. That is bad.
Im surprised any parts were salvagable!
i totally agree with all the comments, especially about those PPG fork fingers being too short which tilts and misaligns the selector ring.
I feel quite honoured to have a thread named after me, im definitely in smug mode now.

Doesn't metal shavings in the oil make it stronger anyway?

Posts : 308
Join date : 2014-03-24
Location : Australia
My fork from Quaife looks very similar size to the PPG one. If you measure the circumstance I'll check mine.

Did you even check to see if the bearing race was the correct one? To me it looks like they have them in the wrong spots.

Posts : 4053
Join date : 2012-05-05
Location : B's workshop thailand
I have a par one and had it few years and miles now, no issue and only a little under 100gbp back then which reasonably okay vs a 1 off .
No idea why but the ppg use to be same as par as they basically copied ppg but then ppg done a revision and made it shorter probably out of manufacture cost reason or fact of load reducing on selector although poor reason as off loads the hub too much . The par sits half way on one side and just under on the other.
For the last box i done with par kit i got shifter machined locally as price had gone silly to match ppg of well over 200gbp .
3/4 is only one really needed although can even improve standard by add additional tooth to engage the hub which reduces stress on the long selector side and also shot peen treatment. With good syncro selector should be fine, it generally other issues that overload it. Advantage with stronger fork is less chance of major damage from broken parts inside box plus you still got gears so can generally proceed withoit hassle of recovery etc .

Re: Another one for Neil to sort out lol