So its going to be off with the turbo and manifold AGAIN to sort it. Im not taking any chances this time though and have got a MLS cometic gasket for the manifold to head, a folded steel gasket to turbo and new set of locking nuts and lock tabs. It ain't leaking again!

Ill start a timer to see how long it takes me second time round.
Any guesses lads?

Got the turbo disconnected and ready to remove in about an hour then had to deal with the elbow/downpipe connection. Bear in mind that I've got a 3" Bogdan elbow & 3" downpipe to contend with. Access to the bolt on the inner side of the downpipe was tight and I had to replace the studs on the elbow too which were looking a bit worse for wear. The leaking flange was ‘interesting’ to say the least. One of the nuts was missing, two were barely finger tight and one was slightly tight. This was after tightening the fook out of them on installation and bending over the lock tabs. The gasket that came out was completely FUBAR (see pics). Even the manifold to head gasket showed signs of leakage although the gasket itself was ok. In hindsight I’m really glad I splashed the cash and bought a new lock tab and locking nut set to hold the stainless gasket in place. Ditto with the MLS manifold gasket.

Re-fitting it went remarkably smoothly. Unlike the half hour it took to get the water banjo bolt in the block back in previously, I actually lucked out and got it in first time. Similarly the oil feed banjo on the turbo was in in about 15 minutes, rather than the hour+ it took last time, happy days! I had left out the studs on the elbow thinking it would be much easier to lower everything down without having to stab the studs into the downpipe, as well as lining up the oil drain hose. That went well but then struggled to get the studs back in afterwards. Then I had to rummage around for ages trying to find a replacement clamp for the oil drain hose as the one I took off looked a little worse for wear. But then that was it back together.

I started it up and there was a different blow coming from the elbow/downpipe flange!

I took that apart yesterday and found that the bolt holes on the flange of the downpipe had been slotted to the point there wasn't really much room left to get the gasket to seal on it. I checked out the old gasket to find it was a 2-3/4" one that was covered in exhaust paste. I threw in another 3" gasket I had (phew!) and 'built up' the missing bits on the downpipe flange with exhaust paste and that seemed to sort it. No more exhaust/turbo leakage!!!

All in it wasn’t an entirely pleasant job to do again but knowing it wasn’t leaking any more (or even likely to!) was definitely a good feeling.

During that 6 hours I even managed to tidy up a couple of areas at the front of the car and tried to fit my bumper guard (unsuccessfully).

Quite a productive weekend I reckon. 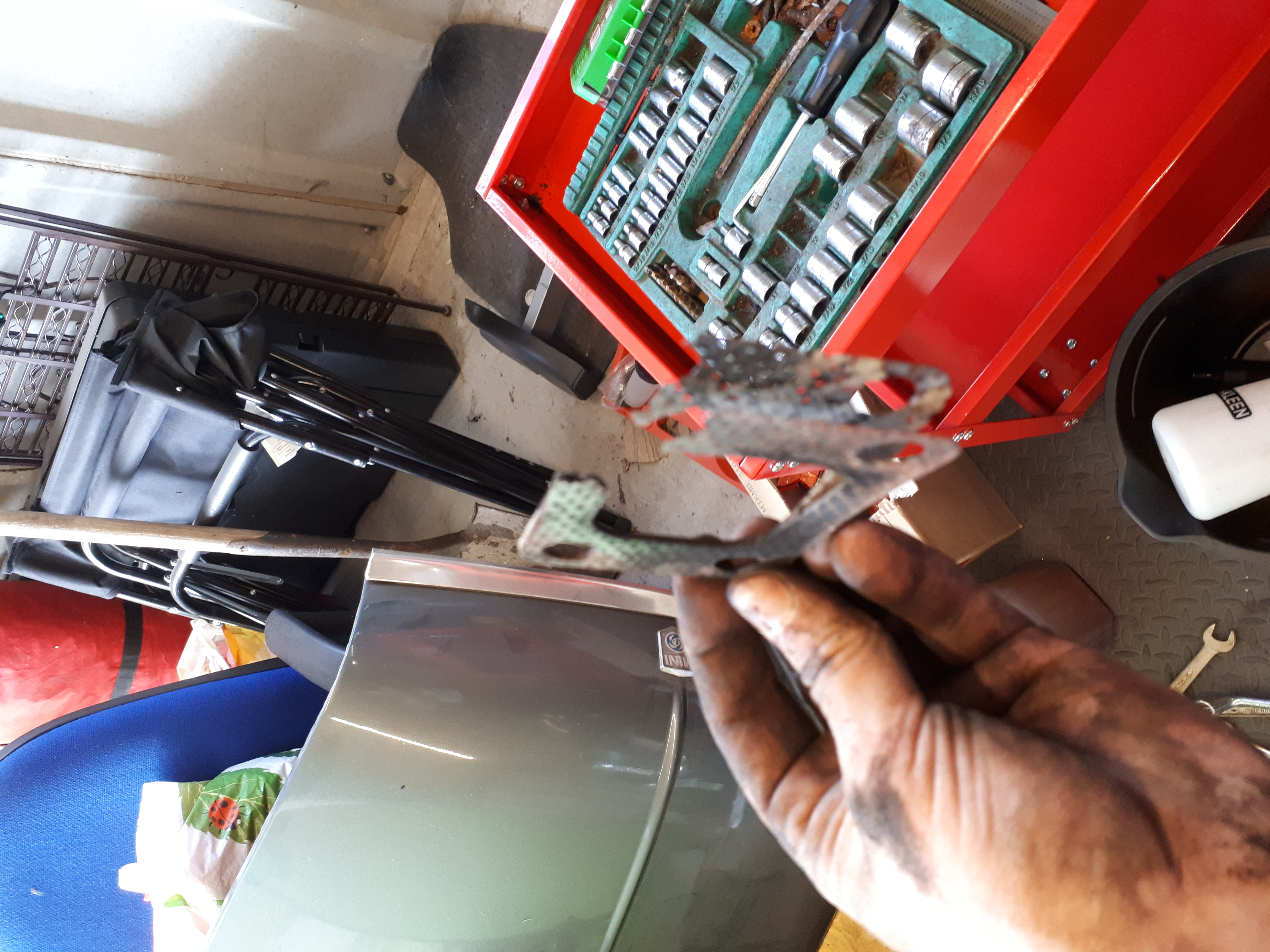 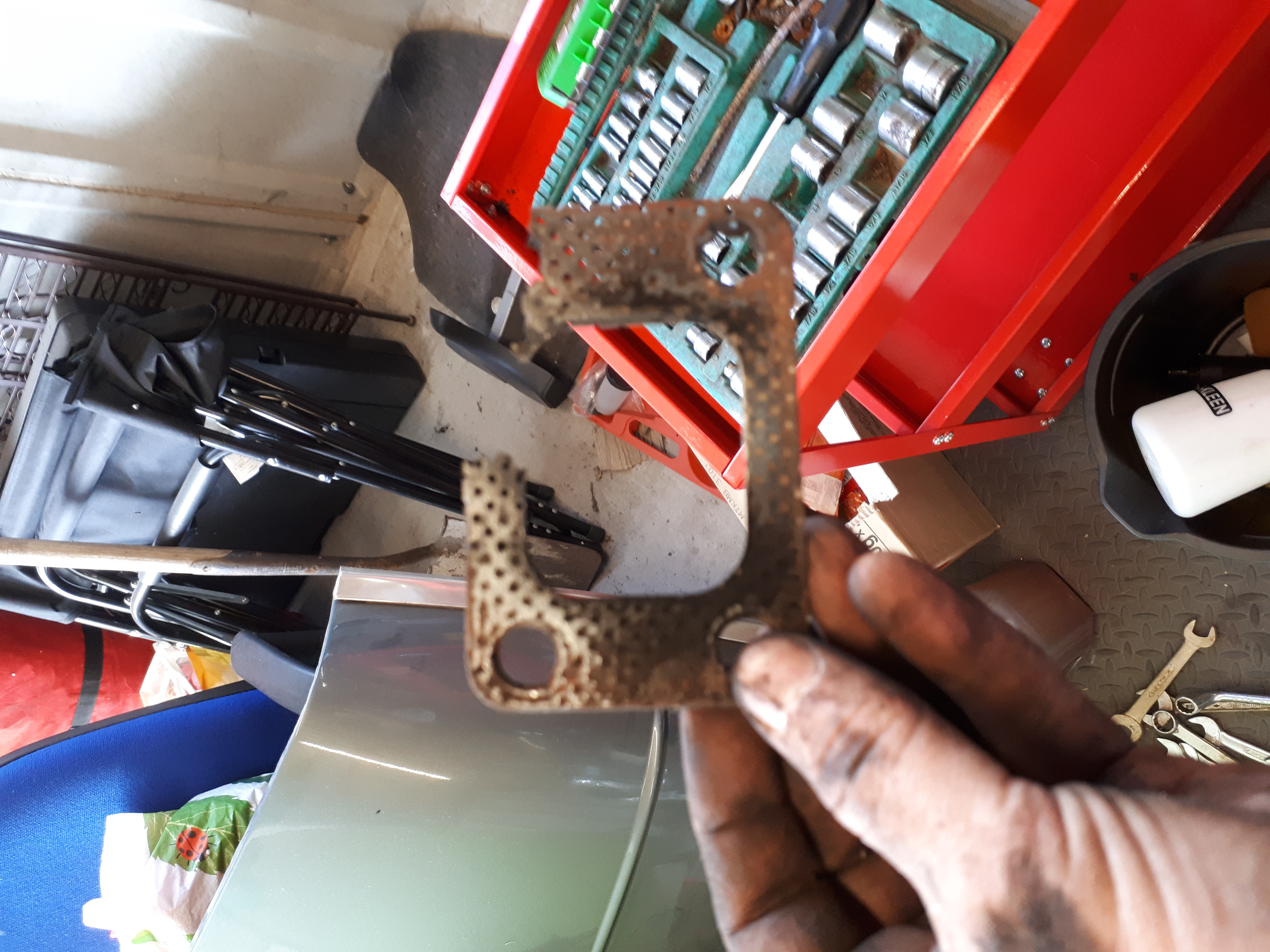 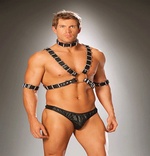 Posts : 330
Join date : 2012-03-07
Age : 37
Location : Bellshill scotland
Fit a genuine Nissan gasket there, none from eBay, the genuine Nissan ones pretty much last for forever

I never expect anything to be easy anymore lol